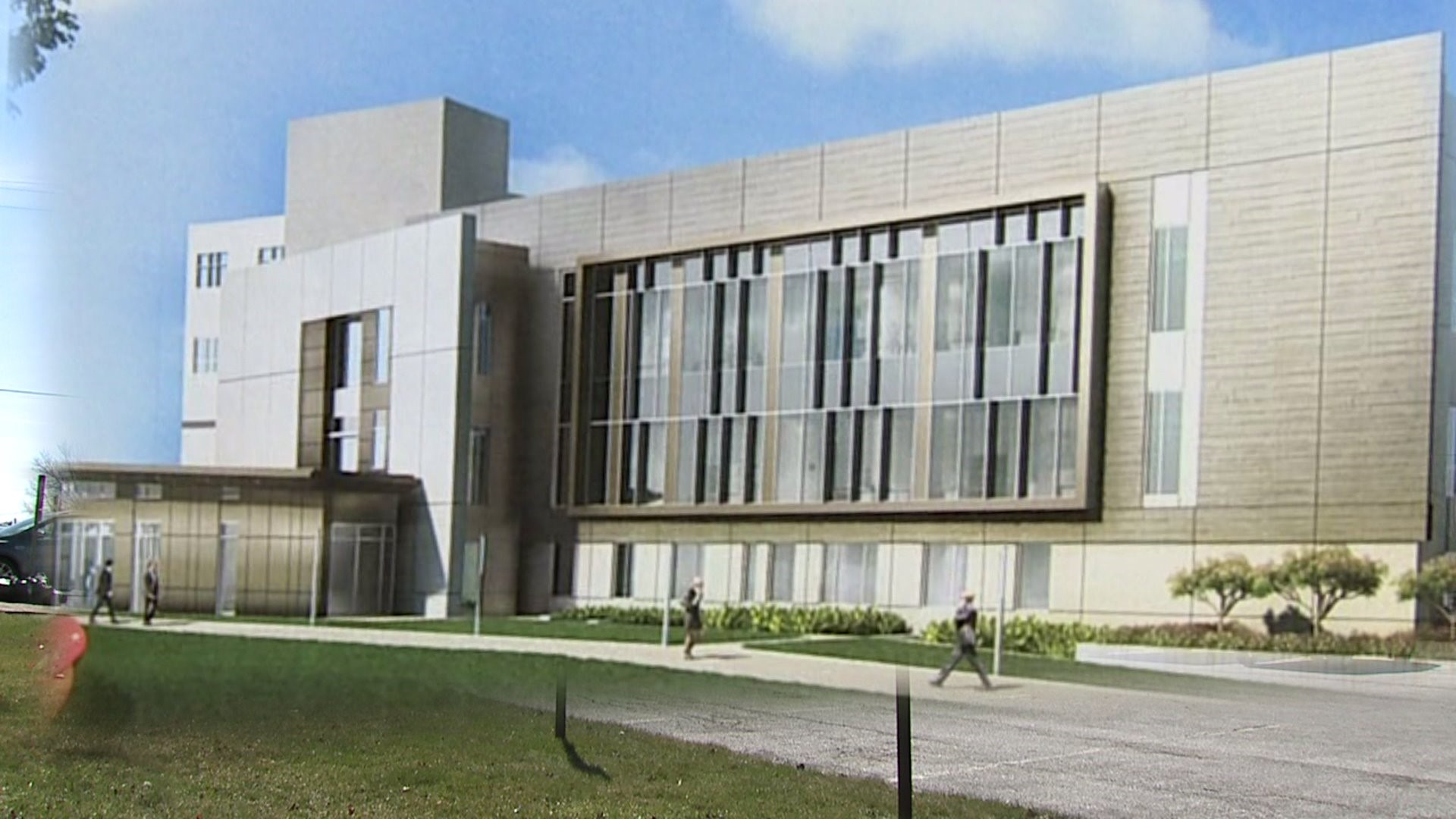 ROCK ISLAND -- Construction will start next month on a new Rock Island County courthouse, and county officials are pushing to have the old one torn down.

That is according to the new head of the Rock Island County Public Building Commission, which took out bonds to pay for the controversial $28 million project.

"The groundbreaking will be in April," said Commission chairman Dick Fisher, who showed WQAD-TV a new rendering of what the building will look like when it is completed in the fall of 2018.

The annex will be attached to the Rock Island County Justice Center, with one common entrance for security purposes. The three-story 46,000 square foot building will house four courtrooms, judges offices, a law library, and both the Circuit Clerk and States Attorneys offices.

Fisher says the new building will also mean better security for courthouse employees and visitors, and help ease overcrowding experienced when satellite courtrooms in the metro area closed years ago.

"They closed those because of money problems and they crammed that into the courthouse. There was never any room for it. But, they made it work. Something had to be done. I wish it was done years ago," he said.

Fisher says once that is built, the old courthouse may be torn down.

"We've had contractors come in, engineers come in and they all told us it can't be retrofitted for anything. They're saying it's a lost cause. What I expect, Rock Island County to deed that over to the Building Commission and we will demolish it. That's what our plan is," he said.

Fisher is a retired Captain with the Rock Island County Sheriff's Department. He succeeds LeRoy Petersen of Silvis, who passed away in December.

Fisher says the contractor for the new construction is the same firm which recently built the new police department in Rock Island.