The whole school celebrated Earth Day by cleaning the streets for more than 30 minuets. 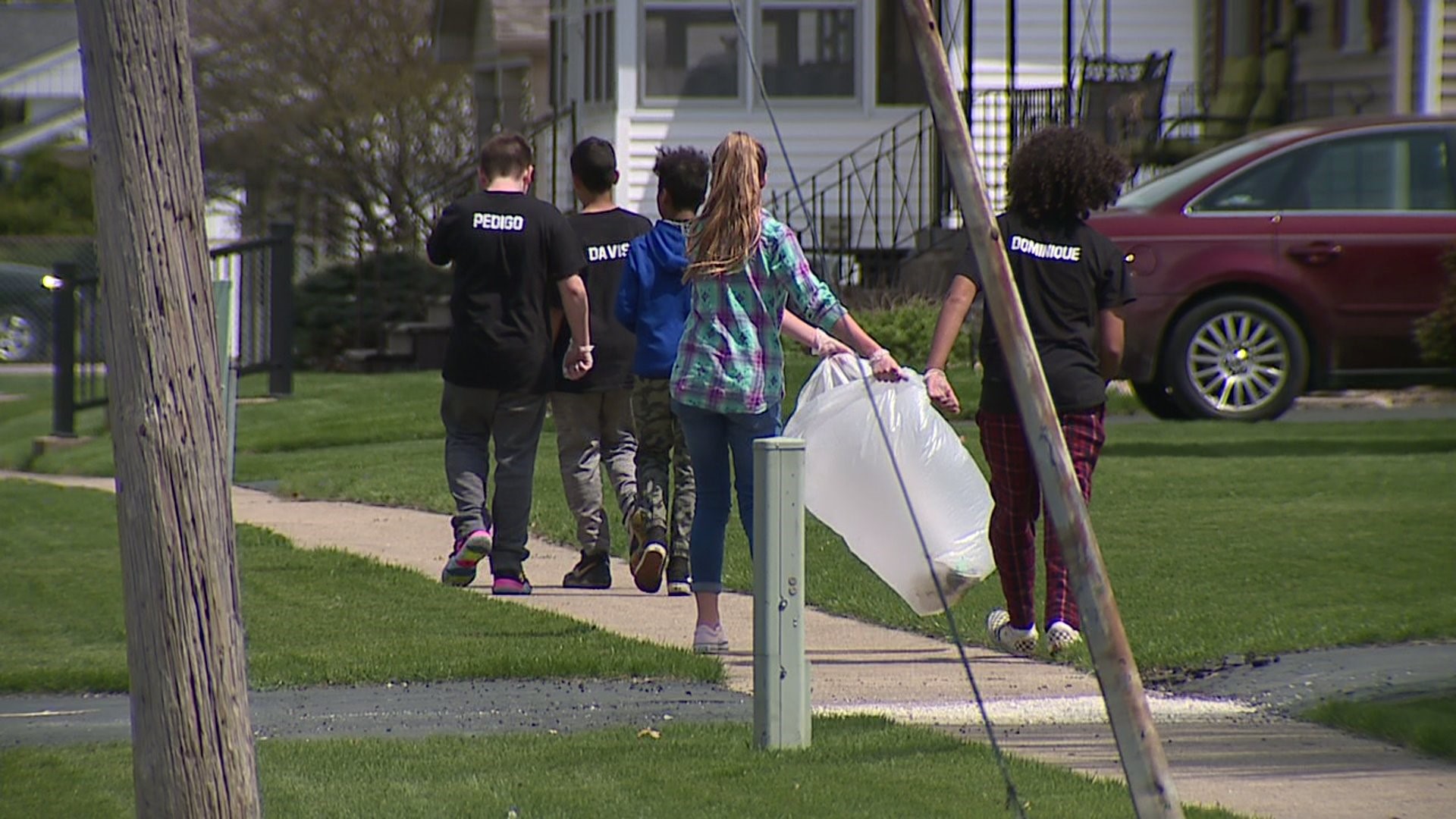 GALESBURG, Illinois  --  Students at Lombard Junior High School in Galesburg skipped gym class on Monday, April 22nd,  and took a trip around the neighborhood. More than 400 students gloved up and walked three blocks around the school, picking up trash for Earth Day.

"It makes you have a good feeling inside," 7th grader Dayja  Crider said. "It's knowing that you did something special for the community and the people that are living in it."

The students had more than 90 trash bags that were donated by the district.

The whole school celebrated Earth Day by cleaning the streets for more than 30 minutes.

"It gives them the chance to get out of the classroom," Teacher Barb Baker said. "I feel like it helps them be an active member of their community."

This was the first year for the school-wide pickup.

"Earth Day means respecting the Earth," Oelberg said. "Pick up trash and do something to help the community and environment."

Teachers also wore green shirts that said "don't be trashy" in support of the 49-year-old holiday. The shirts were donated to the school by the First Church of Nazarene.

"This was probably one of the most fun days out of the whole school year," Crider said.