DAVENPORT, Iowa — On Friday, Davenport Firefighters tackled a house fire with heat index values above 110 degrees. It happened in the 1400 block of West 3... 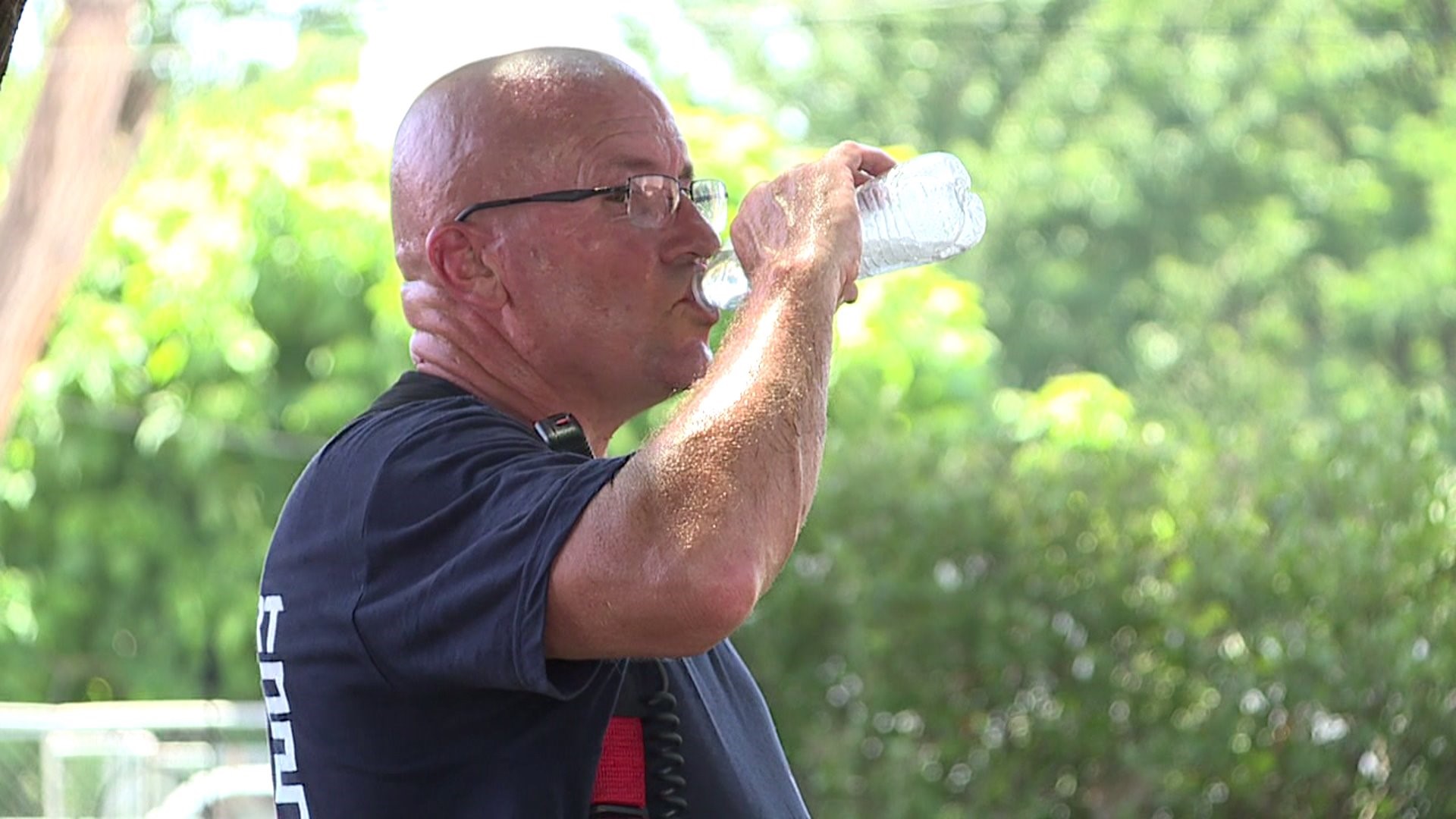 It happened in the 1400 block of West 3rd Street in Davenport just after 1:00 p.m. Heavy smoke could be seen coming from the backside of the two-story apartment building.

"They went at it pretty fast and they got it stopped pretty quick," said District Fire Chief, Neil Gainey.

Davenport firefighter, Nathan Numkena, said temperatures as high as today's is a little more concerning. A risk much larger than the flames they fight - and it begins before they even head out the door.

"You're getting in your gear and it's been sitting out in the station and it's already hot when you put it on," said Numkena. "You're sweating just sitting on the fire truck, heading out the door, and we got the windows down and it's hot no matter where you go."

An intense heat firefighters are fighting by staying hydrated. Emergency Medical Technicians on scene, standing by with water, ready to treat anyone in need of help -- even those in uniform.

"You're not going to last as long in there," said Numkena.  "Your heart rate starts going up a lot faster, it's just some of the natural processes for your body when it gets hot."

Chief Gainey said on days with high heat, he rotates his crew every 5-10 minutes.

"Their core temperature goes up real fast," said Chief Gainey. "So as soon as possible if we could get their jackets off and get them down to just their pants or their boots and allow the heat to dissipate off of them."

And for newcomer, Nate King, even on his third shift ever with the department, he has learned quickly how to stay cool.

Nerves that could weigh heavy on those who put their lives on the line in this heat.

"If you do get hit with heat stroke or heat exhaustion - you're more prone to it," said Numkena. "So kind of it will effect your career not just today, but down the road. But you know, we're never thinking of that stuff. We just go in to do what we have to do."

No firefighters or residents inside the building suffered heat-related injuries. The cause of the fire is still under investigation.