A home in the 300 block of 8th street in Silvis was destroyed by a fire Monday afternoon. 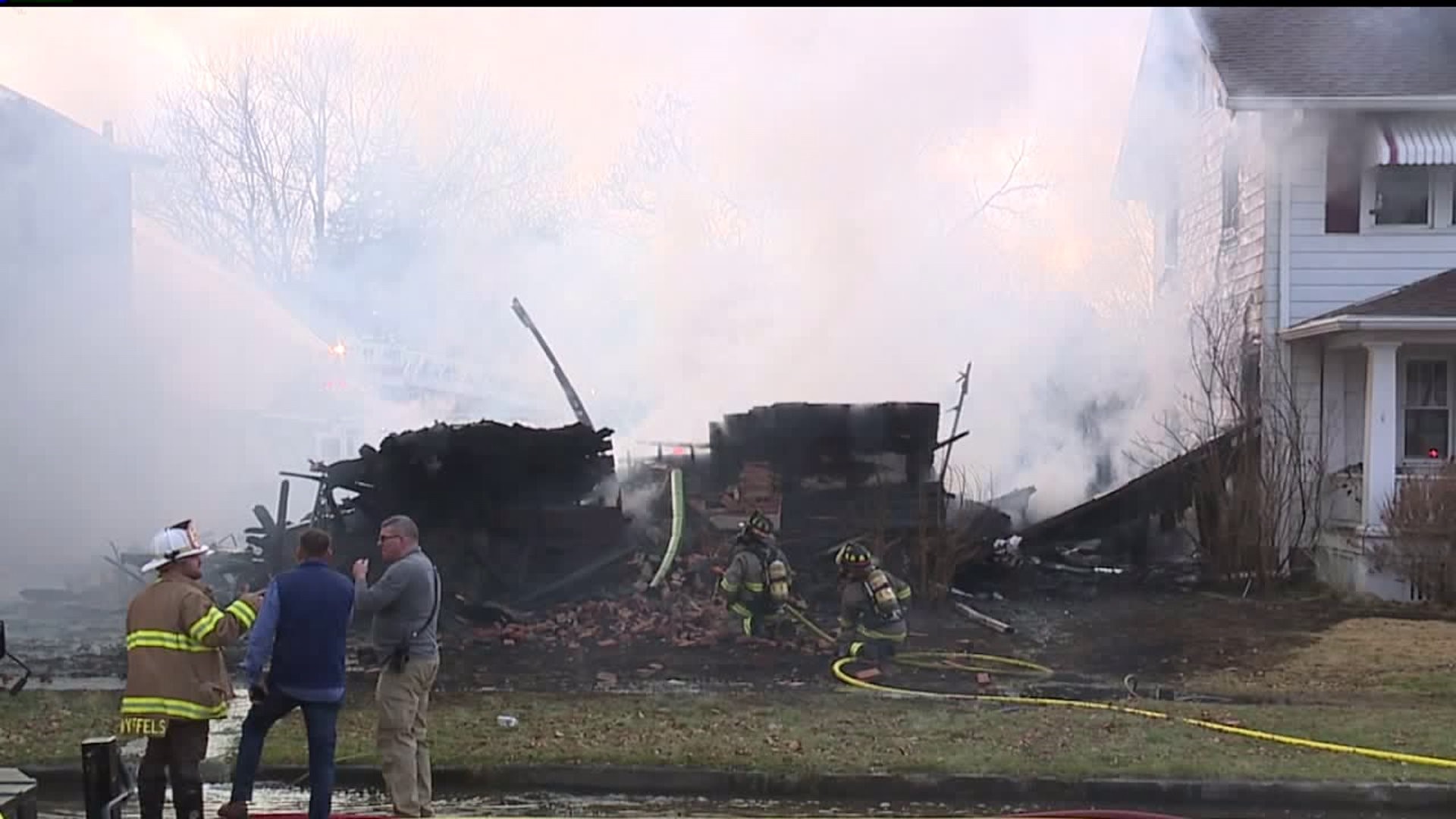 SILVIS, Illinois -- A fire that destroyed one home and extensively damaged two others is now under investigation by the state fire marshal.

The fire broke out in the 300 block of 8th Street at around 2:00 p.m. on Monday, November 25 in a neighborhood west of Schadt Park.

The flames were originally spotted shooting out of a vacant home at 332 8th Street.

"These houses, this close together, this old spark very quickly and that's exactly what happened," said VanKlaveren.

The home where the fire originated collapsed. It is now a pile of debris.

"We don't know how long it had been burning or what was happening but, it had a real good head start on us before we were even called," said Fire Chief John Winters.

Winters said there are no injuries or deaths to report.

He said one cat did pass away. two other cats and a dog were rescued.

Now, the state fire marshal will head up an investigation into the cause of the fire.

"This is going to be a very difficult investigation just because of the amount of damage that there is to the structure," said Winters.

#UPDATE: No injuries or deaths to report , according to the fire chief.

The American Red Cross is assisting residents who have been displaced.

The Silvis Fire Department will monitor the scene overnight to keep an eye on hotspots. 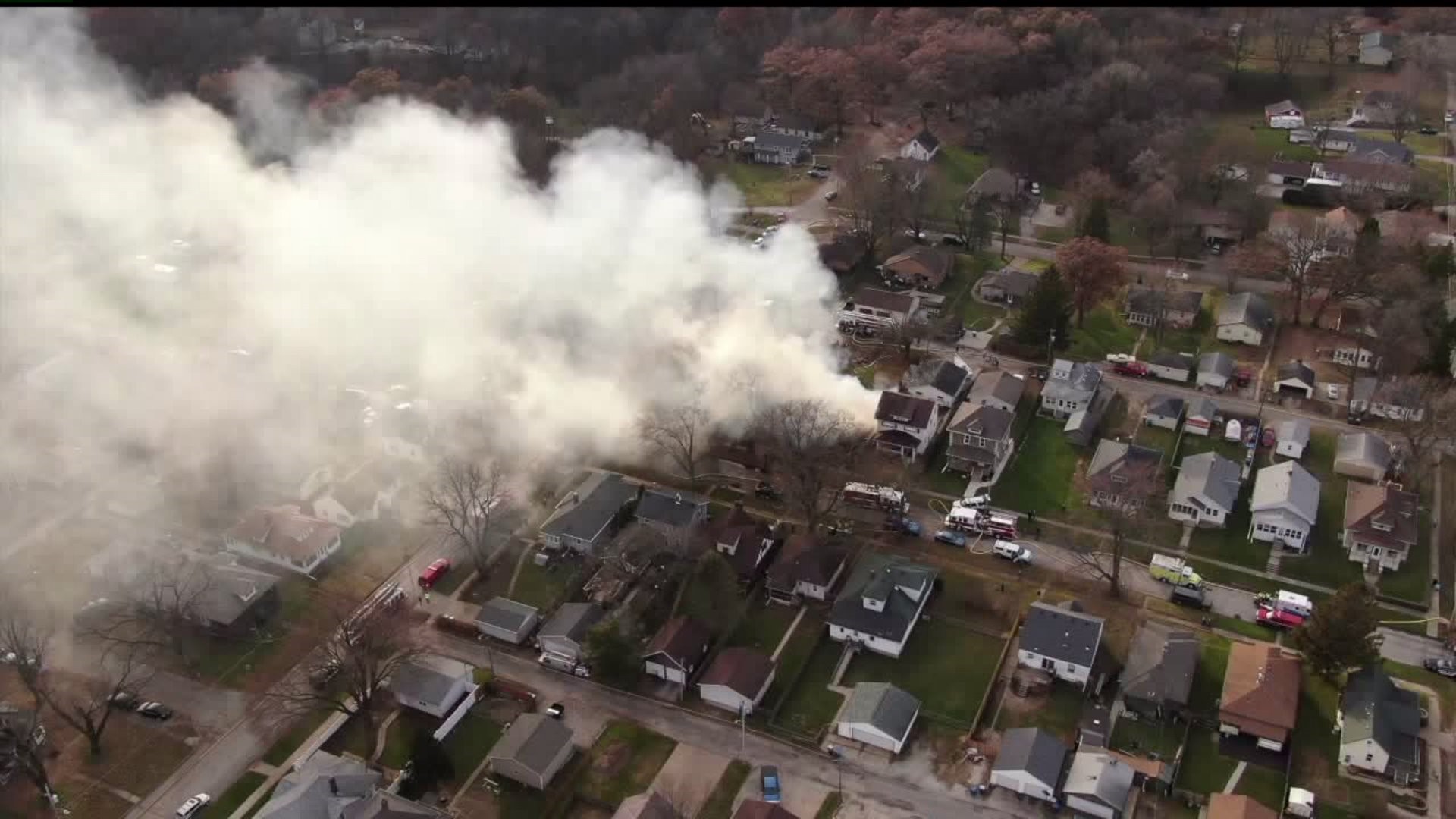