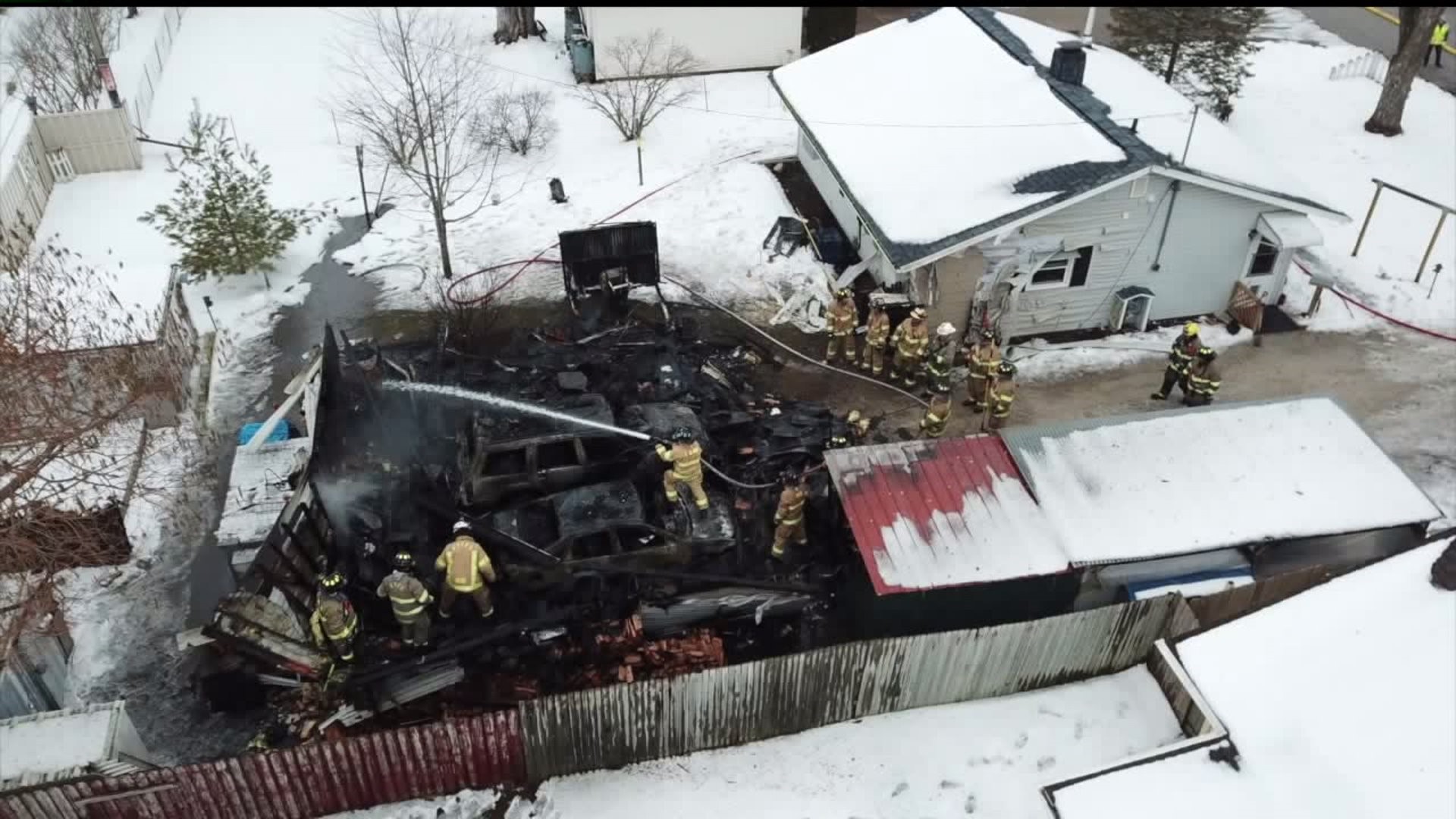 Two people were inside the home when the flames erupted and spread to the house, but they were able to escape without any injuries. The garage was completely engulfed in flame and all of its contents, including two cars, were totally lost. The cloud of smoke was large enough to be able to be seen from Interstate 74.

Coal Valley Fire Department Chief David Dunham described the intensity of the fire on the scene, saying, "So the garage was on fire, that extended to the house. The guys did a great job of getting the house knocked down, worrying about the garage last. Garage got knocked down and now we`re waiting for state fire to show up on scene."