Witnesses reported being able to see fire at a Blue Grass metals recycling business from more than three miles away. 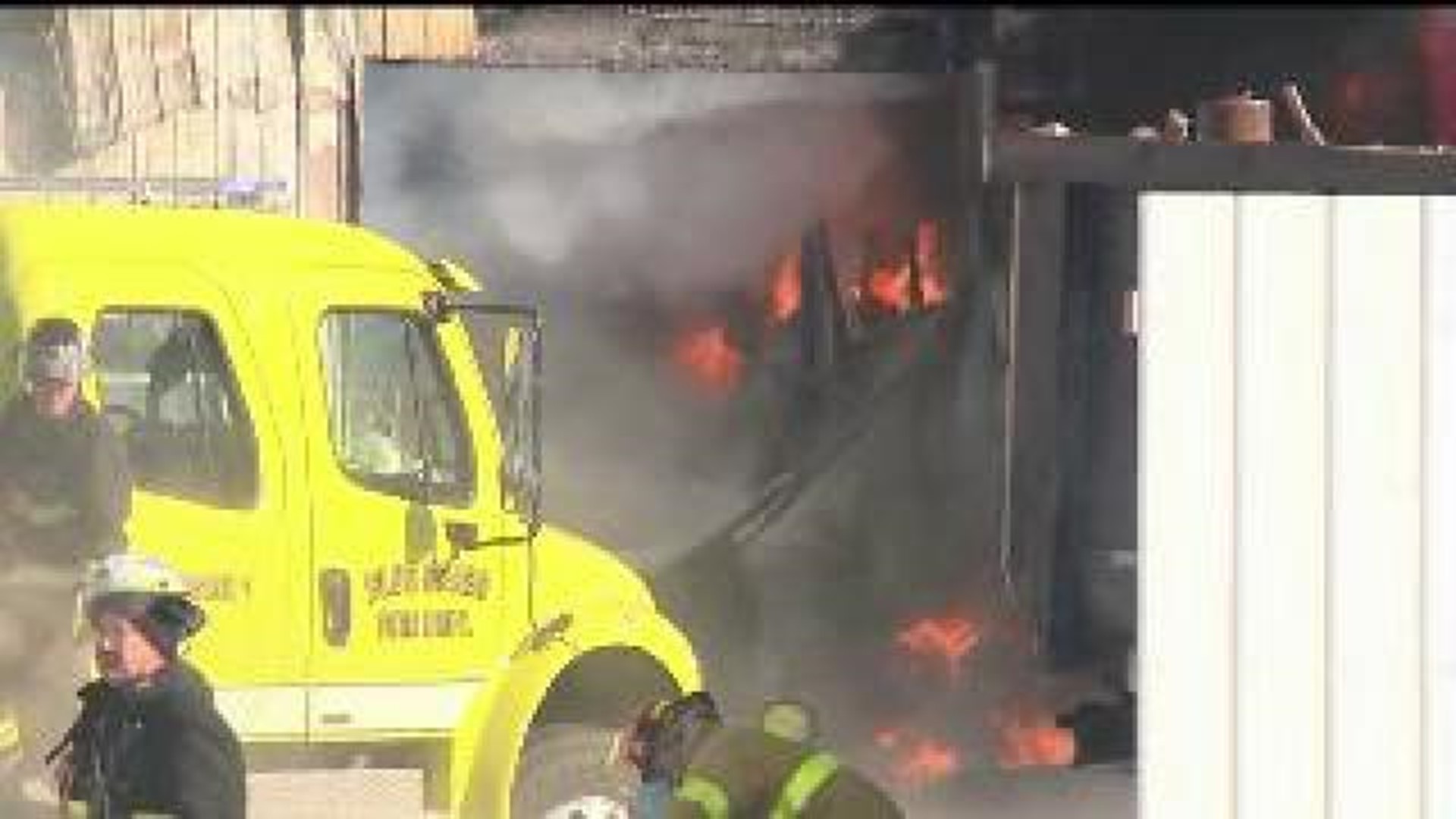 A fire likely destroyed a scrap metal processing and recycling business in Blue Grass, Iowa, according to fire fighters on scene.

Witnesses, including our crew traveling to the fire scene, reported being able to see the fire and smoke from Interstate 280, more than three miles away. Blue Grass fire fighters on scene say that most of the smoke was caused from tires that were burning inside of the machine shed.

Firefighters from other departments, including Buffalo and Walcott, were sent to help fight the fire.

A spokesperson for the Davenport Community Schools district confirmed nearby Blue Grass Elementary school was evacuated as a precaution.  Students were being taken on buses to St. Andrew Catholic Church.  Parents were being notified of the move via the district's auto-dial messaging system.

The Blue Grass location is one of three operated by Rich Metals, which also has locations in Davenport and Muscatine.