A fire began at Sneaky Pete’s on Thursday on N. Cody Road. The part of Highway 67 that goes through Le Claire has been reopened. 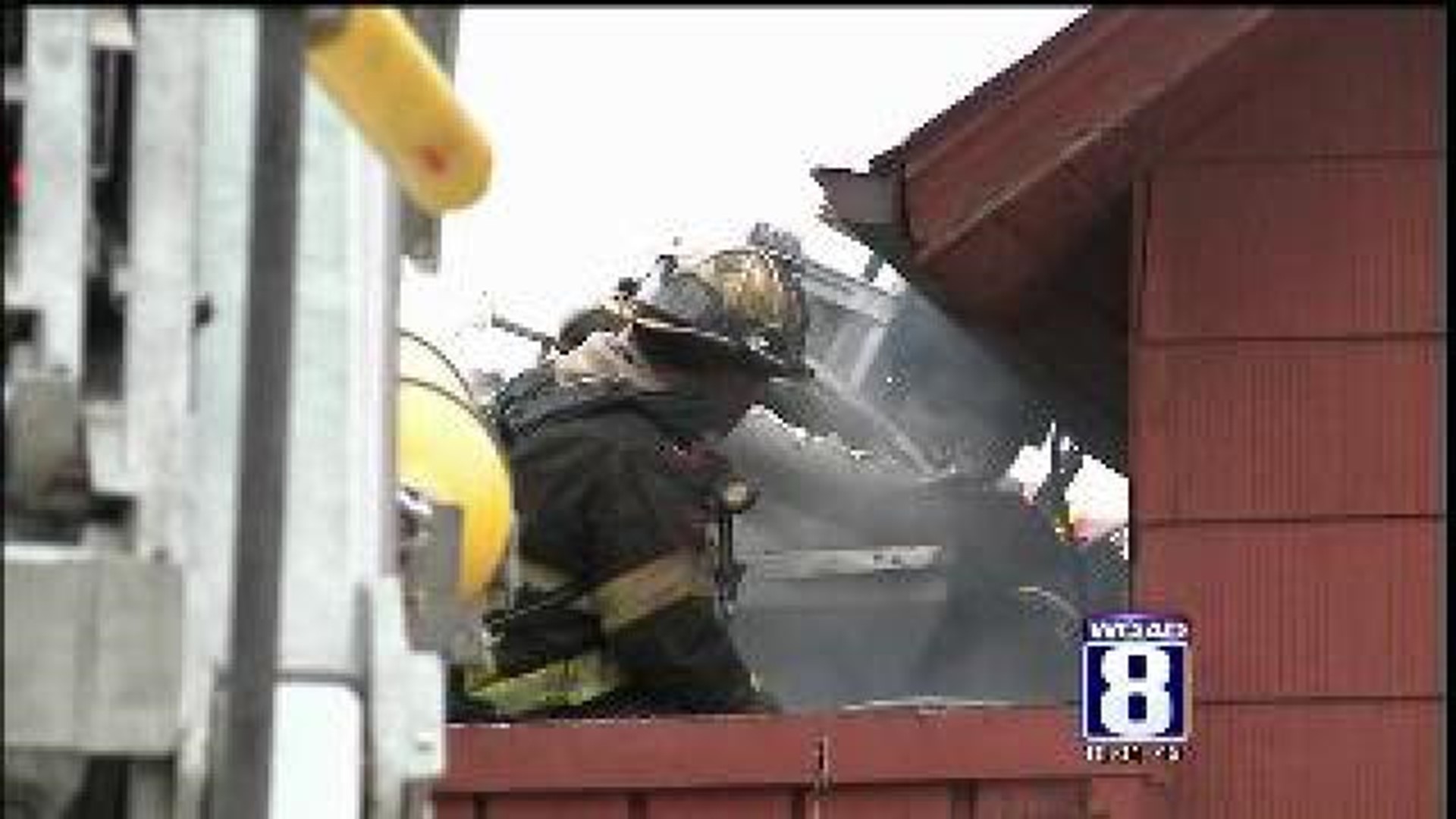 A fire broke out Thursday evening at Sneaky Pete's bar and grill in Le Claire, Iowa.

The fire began early in the evening on Thursday, May 2, 2013, at 207 N. Cody Road. Witnesses say flames rolled through the roof of the restaurant, but everyone was able to get out of the building safely.

LeClaire Fire Chief Mark Slagle said the fire appeared to have started in the kitchen. Rhonda Crawford was cooking at the time, and said she heard a loud noise which caused her to look up to the ceiling, which was on fire.

"We had flames shooting out the ceiling. It was pretty bad; the place filled up with smoke instantly," said Crawford.

She and other employees tried to put out the flames with fire extinguishers, but quickly knew their only choice was to get everyone out of the building and call for help.

Fire crews from LeClaire, Riverdale, and Bettendorf responded. They attacked the blaze from both the inside of the restaurant and the roof.

"Problem is, as you know, Sneaky Pete's is a landmark. It's an old building, it's got a lot of challenges as far as firefighting goes. We're just working through it right now, making sure we've got all the hotspots," said Slagle.

The restaurant, though, is no stranger to flames. Thursday's fire was the third in recent years. Slagle said that is a hazard of cooking still done over wood-burning stoves.

"We just had the fire inspection people in on Monday. They went through it, said it was A-OK, everything was great, so probably we'll be having a discussion about that," said owner Russ Shickling.

Shickling said he expects the insurance company to come out Friday morning, and that he'll make any decisions about re-opening after that. Besides some smoke damage, the dining area of the restaurant doesn't seem to have been affected.

"I'm sad. I love this place, and I love my job, and I actually love coming to work, so it's quite depressing. We'll bounce back from it though," said Crawford.

Scott Emergency Communications Center said Highway 67 in Le Claire had been closed due to the fire, but was reopened after 7 p.m. Traffic was also routed off Cody Road.