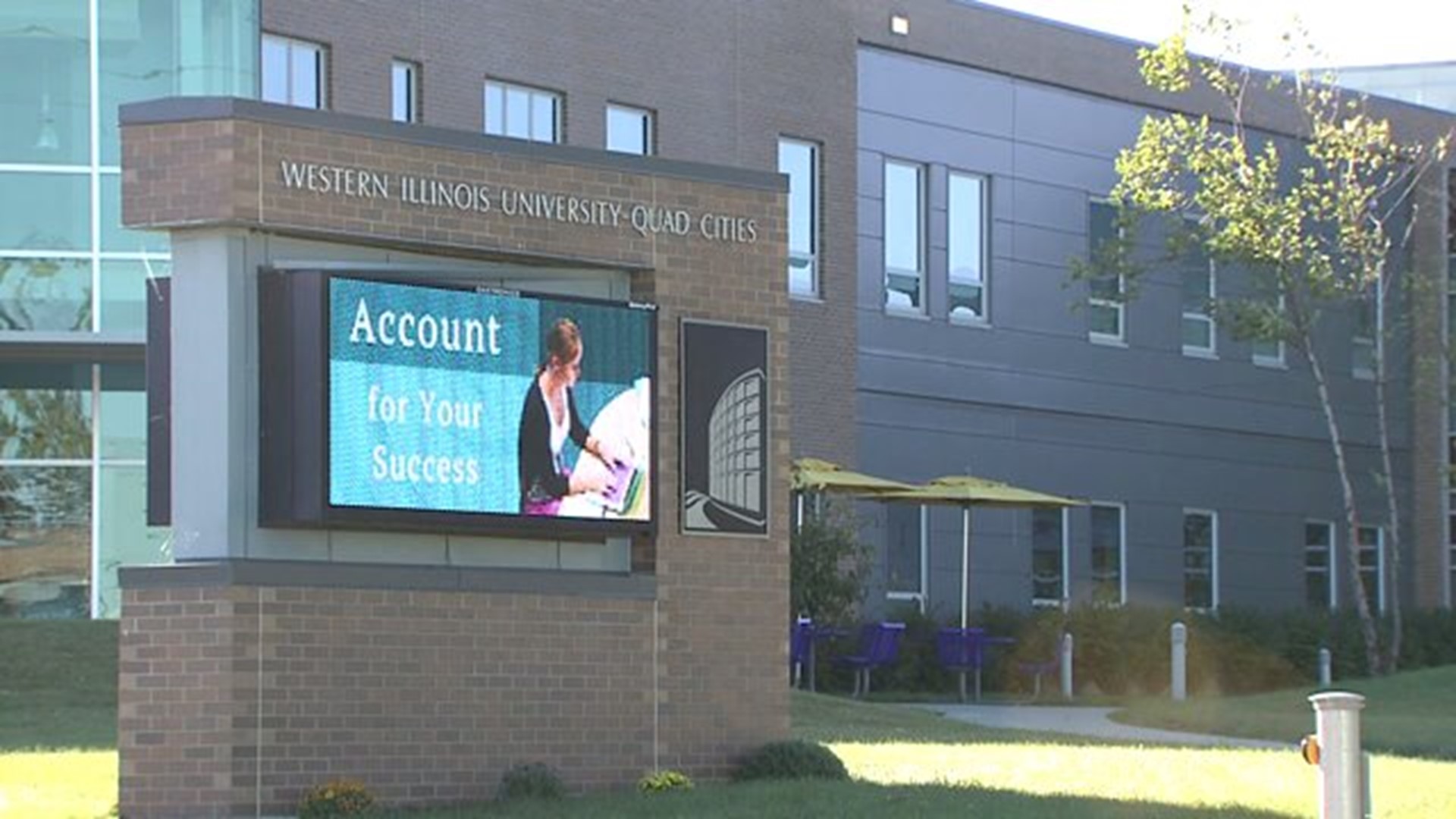 MOLINE, Illinois-- On Monday morning, leaders from the Quad Cities community gathered to recognize Western Illinois University's founder's day in Moline. It was a day to recognize the good, but to not turn a blind eye to the bad.

"We've had furloughs, we've had layoffs, and we've had to make lots of reductions to move forward," says WIU President Jack Thomas.

Thomas says it's because the state of Illinois isn't paying them their fair share because of the budget impasse. In turn they've had to cut staff and classes and halt the final stage of a Quad Cities campus expansion plan.

Lawmakers in Springfield released a portion of money owed to the school in a stop gap budget last June. WIU leaders say things are better, but there's still a lot to be done.

"Our primary job is to continue to grow enrollment to make the strong case to the state to release the funds," says Rives.

Last year in the Quad Cities, enrollment was at 1,531 students. This year it's at 1,430. WIU leaders put blame on lawmakers in Springfield.

"If you say you understand, look at how we're suffering in higher education. Put your money where your mouth is," says Thomas.

Leaders say if money is still tied up by next semester, they will have to cut even more staff positions and get creative with what classes they offer.