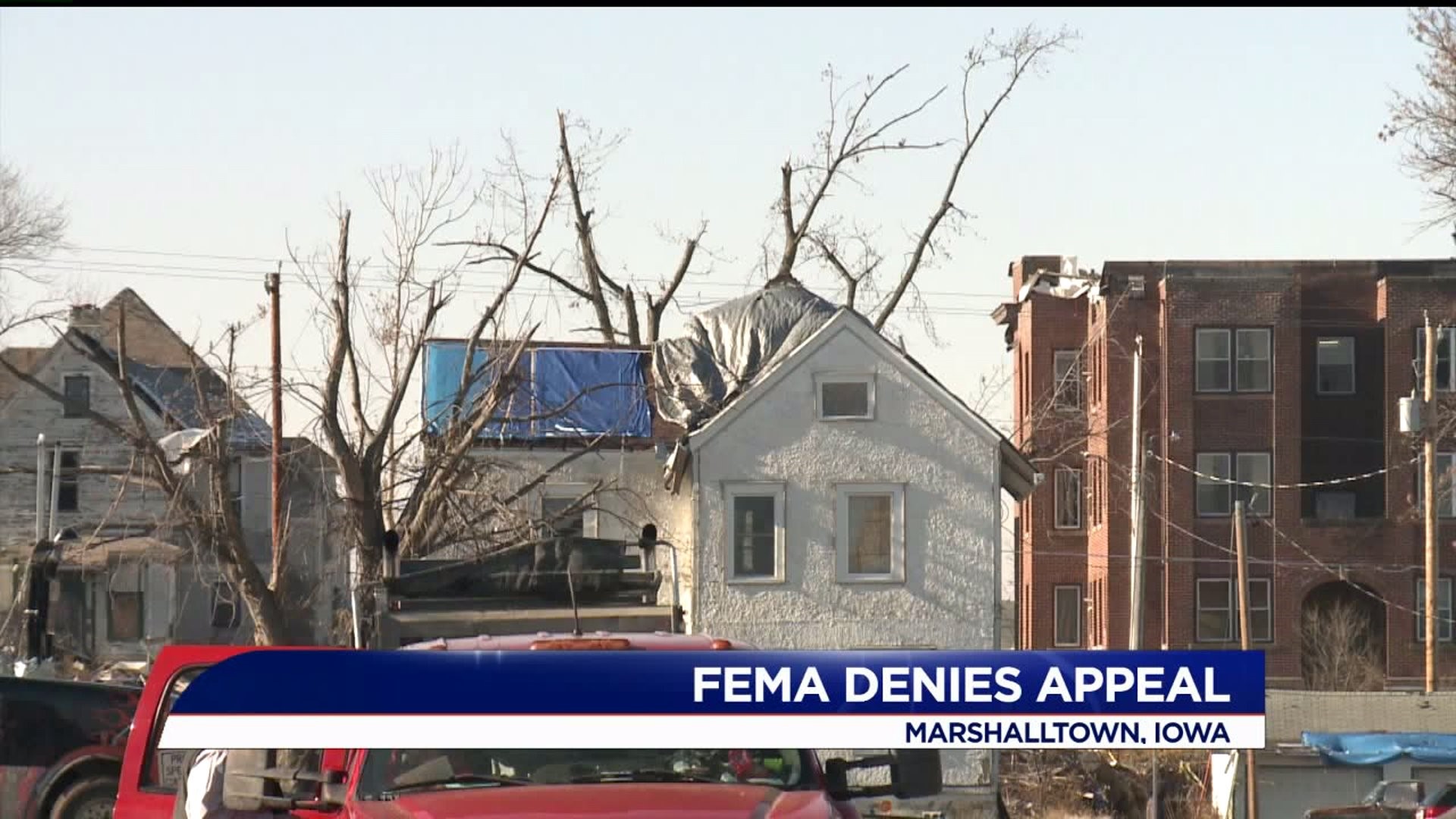 Reynolds' office announced Tuesday that FEMA had denied her appeal of the agency's earlier rejection of individual disaster assistance stemming from the July 19 tornadoes. The assistance would have helped homeowners, renters and businesses in the two counties.

In its denial letter, FEMA stated that the damage wasn't severe or widespread enough to merit individual assistance.

President Donald Trump did designate disasters in Marshall and Polk counties, making them eligible for other kinds of assistance.

Marshalltown was hit especially hard by the July tornado, which the state estimates damaged more than 900 homes.