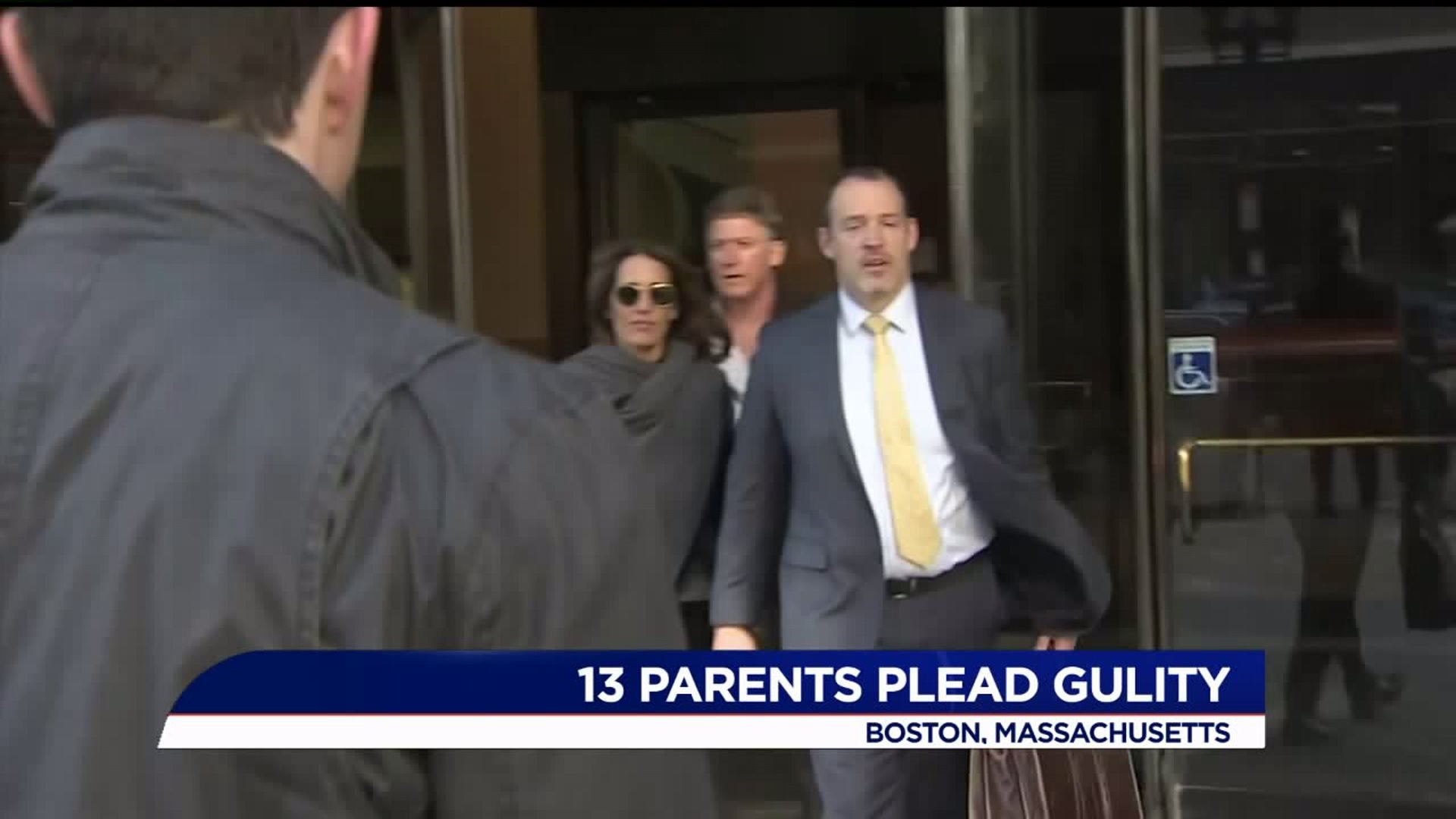 (CNN) -- Thirteen wealthy parents, including actress Felicity Huffman, and one coach will plead guilty to using bribery and other forms of fraud as part of the college admissions scandal, federal prosecutors in Boston said on Monday.

Finally, Michael Center, the former men's tennis coach at the University of Texas, agreed to plead guilty to one count of conspiracy to commit mail fraud and honest services mail fraud.

Huffman, the "Desperate Housewives" star, pleaded guilty to paying $15,000 to a fake charity associated with Rick Singer to facilitate cheating for her daughter on the SATs, the complaint says.

"I am in full acceptance of my guilt, and with deep regret and shame over what I have done, I accept full responsibility for my actions and will accept the consequences that stem from those actions," she said in a statement.

"My daughter knew absolutely nothing about my actions, and in my misguided and profoundly wrong way, I have betrayed her. This transgression toward her and the public I will carry for the rest of my life. My desire to help my daughter is no excuse to break the law or engage in dishonesty," she said in the statement.

Prosecutors will be asking for jail time for all defendants, according to a law enforcement official with knowledge of the investigation. Huffman, Lori Loughlin and other defendants are facing anywhere between six to 21 months in prison if convicted or if they plead guilty, the official added, though the exact sentence would depend on a number of factors.