Multiple media outlets reported that state Sen. Martin Sandoval’s Springfield office and other locations related to him were raided by the FBI. 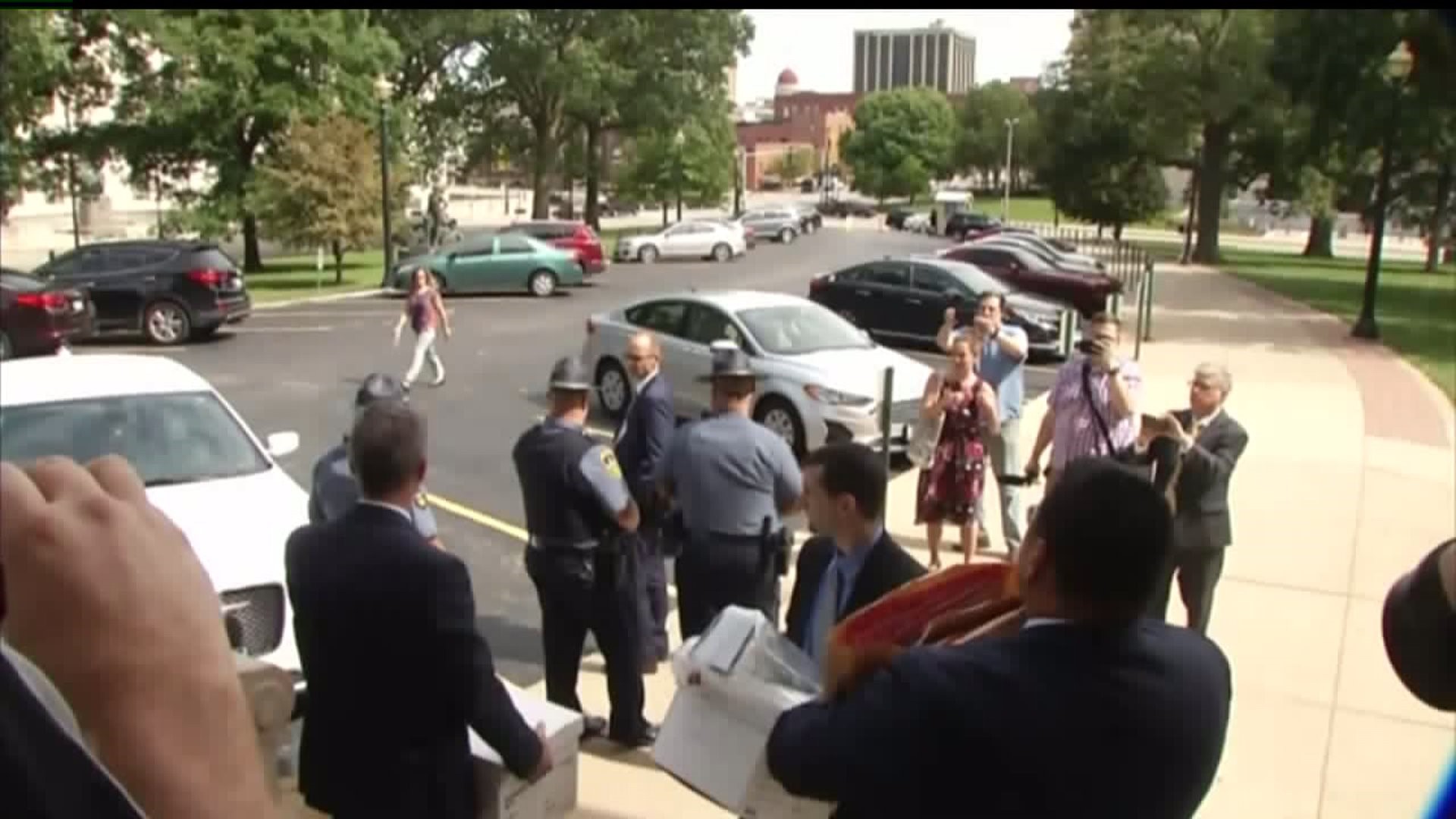 Several men in dark suits and ties could be seen walking from the Senate Democrats' side of the Capitol, carrying materials in two bankers' boxes and packed grocery bags. The word "evidence" could be seen written across at least one of the bags.

Multiple media outlets reported that state Sen. Martin Sandoval's Springfield office and other locations related to him were raided. The Chicago Tribune reported that a man who answered the door at Sandoval's Chicago home said he was not home.

The suite door to his office would not open when an Associated Press reporter tried to enter at around the time the raid was taking place. Attempts to reach Sandoval by phone were unsuccessful.

In August, state Sen. Thomas E. Cullerton pleaded not guilty in Chicago federal court to charges that he took more than $250,000 in salary and benefits over a three-year period from the Teamsters while allegedly doing little or no work.