The family of a Chicago-area teen, killed in a deadly hit and run along Interstate 88, is making another appeal to the public for new clues in the case. 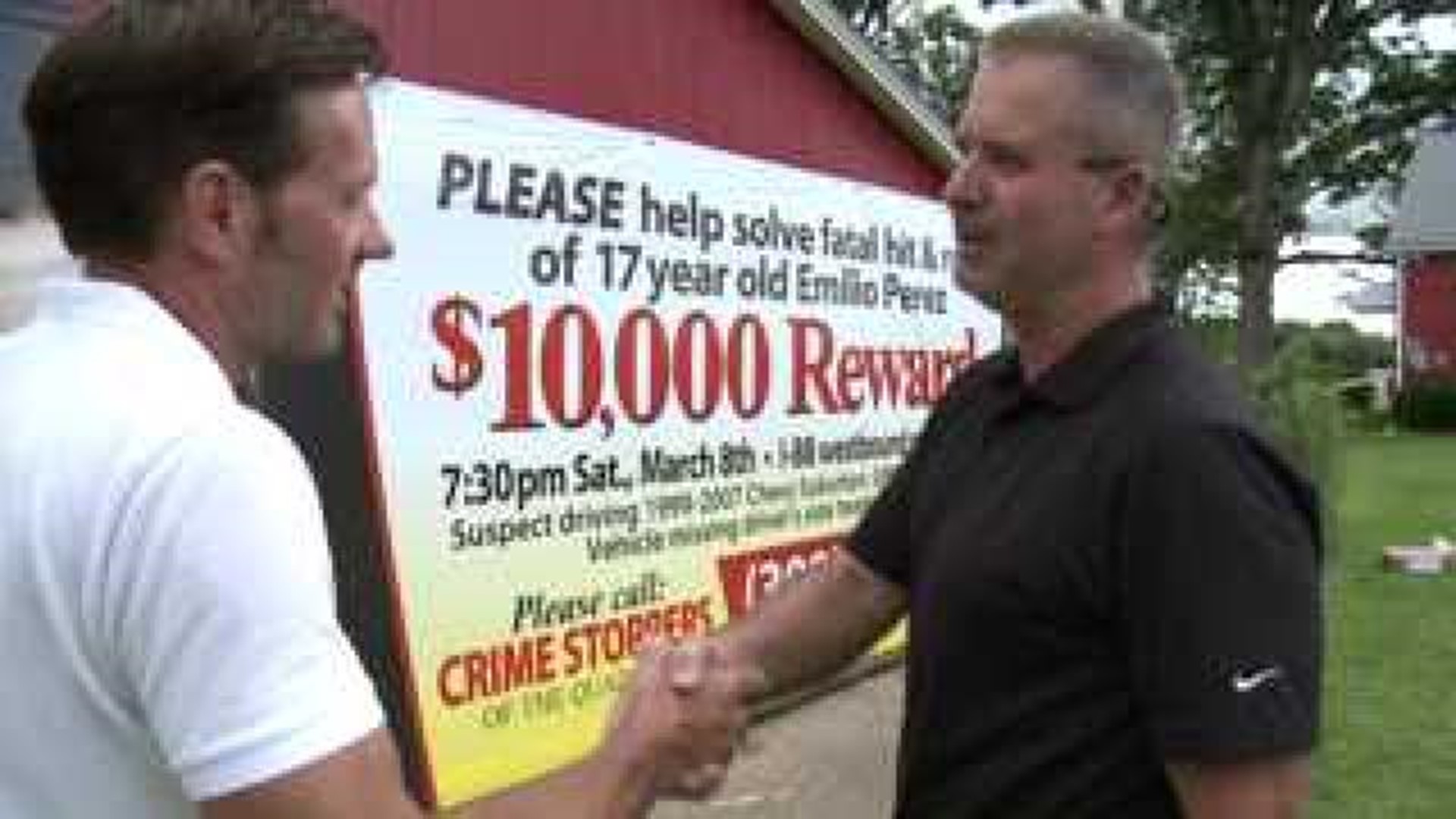 The family of a Chicago-area teen, killed in a deadly hit and run along Interstate 88, is making another appeal to the public for new clues in the case.

And a stranger is stepping up to help.

Emilio Perez, 17, was struck and killed in March 2014 near the Joslin exit after his car ran out of gas. The driver who hit him took  off.

On Wednesday, July 2, a new billboard touting a $10,000 reward for new information on the case went up in Silvis, Illinois, in time to hopefully attract attention from the traffic expected at the intersection during the John Deere Classic golf tournament.

The land for the billboard is owned by Jack Wainwright. The former apple orchard owner heard about the case and offered the site to boost exposure for the Perez family of Villa Park, Illinois.

"It would bring closure to the family,  if someone would come forward. Something in the case reached and touched my heart," Wainwright said.

He and Mr. Perez put the billboard up on an outbuilding Wednesday morning, July 2.

"Complete strangers, just being kinder than they have to be. It gives you hope, it gives you faith that the world is still full of wonderful people," said Perez.

Perez is hopeful that someday he'll know more about what happened that night, even though it won't bring his son back.

"This is something that I owe to Emilio. Sometimes I feel like it's a needle in a haystack approach.  We're searching for that one individual that may have seen something that evening," he said.

Police believe a side mirror, found near the accident, belonged to a Chevy or GMC truck or SUV made between 1999 and 2007.