This is why so many fans, players and cheerleaders were wearing Gold on Friday night. 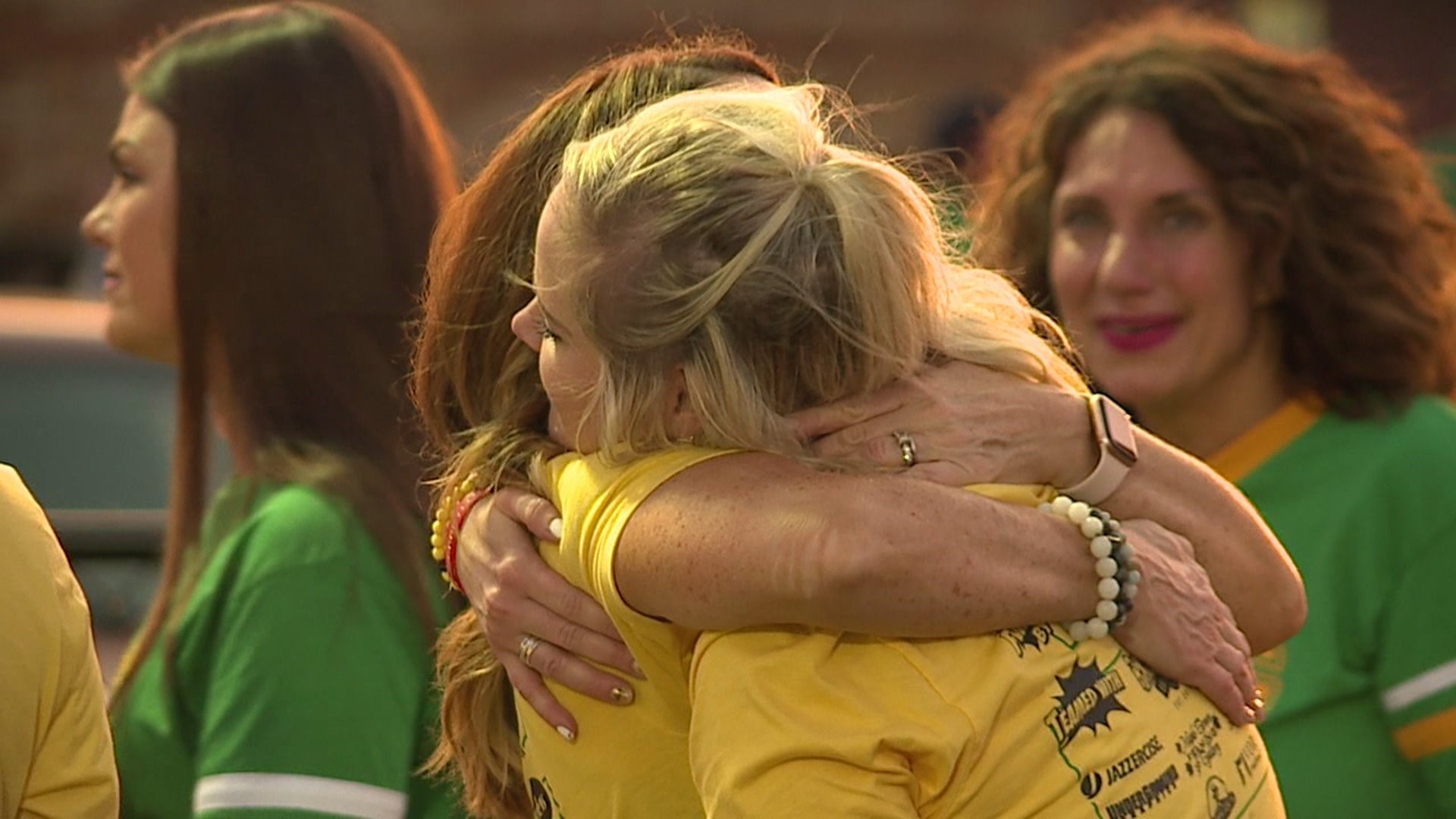 GENESEO, Illinois - The stadium at Geneseo High School was filled with people wearing the color gold on September 20.

It's one way people in the community are raising awareness for childhood cancer.

Jeanna Francis and her husband Matt were overwhelmed by the support of the community.

They are the couple who helped to organize the "Go Gold" event.

The event is in memory of their son Brantley, who passed away in 2017.

"We have asked everyone to wear gold tonight whether it`s a shirt, bow, anything just to show their support for all of the kids that have been effected by childhood cancer," said Jeanna Francis.

The simple request turned into a spectacle. More than 800 shirts were sold in support of the event and fans, cheerleaders and players wore gold to show their support.

"It`s hard and its sometimes easier to look away but everybody in the community has stepped up and they`re not looking away and they`re helping us raise awareness and funds for research so its awesome to see," said Francis.

The memory of Brantley was filling the air on Friday night, too.

"It was a short time but it was an amazing three years," Jeanna said about her son.

He died when he was just three-years-old.

"Obviously its not easy being in and out of the hospital and long hospital stays, but he was so good and always had a smile," Jeanna said.

When their son lost his battle with cancer, the dedicated family set out on a mission.

They use The Brantley Francis Foundation to send gift bags filled with toys and gift cards to other children who are battling cancer, and to their families as well.

They also raise funds for private research to be done.

"Brantley, I think he would love what were doing," said Jeanna.

Francis told News 8 that the color gold was chosen as the official color for childhood cancer awareness decades ago because "children have a heart of gold."

To learn more about Brantley's story and The Brantley Francis Foundation, click here.