Raindrops fell on the streets of Eldridge Saturday morning as families marched in remembrance of people they have lost. 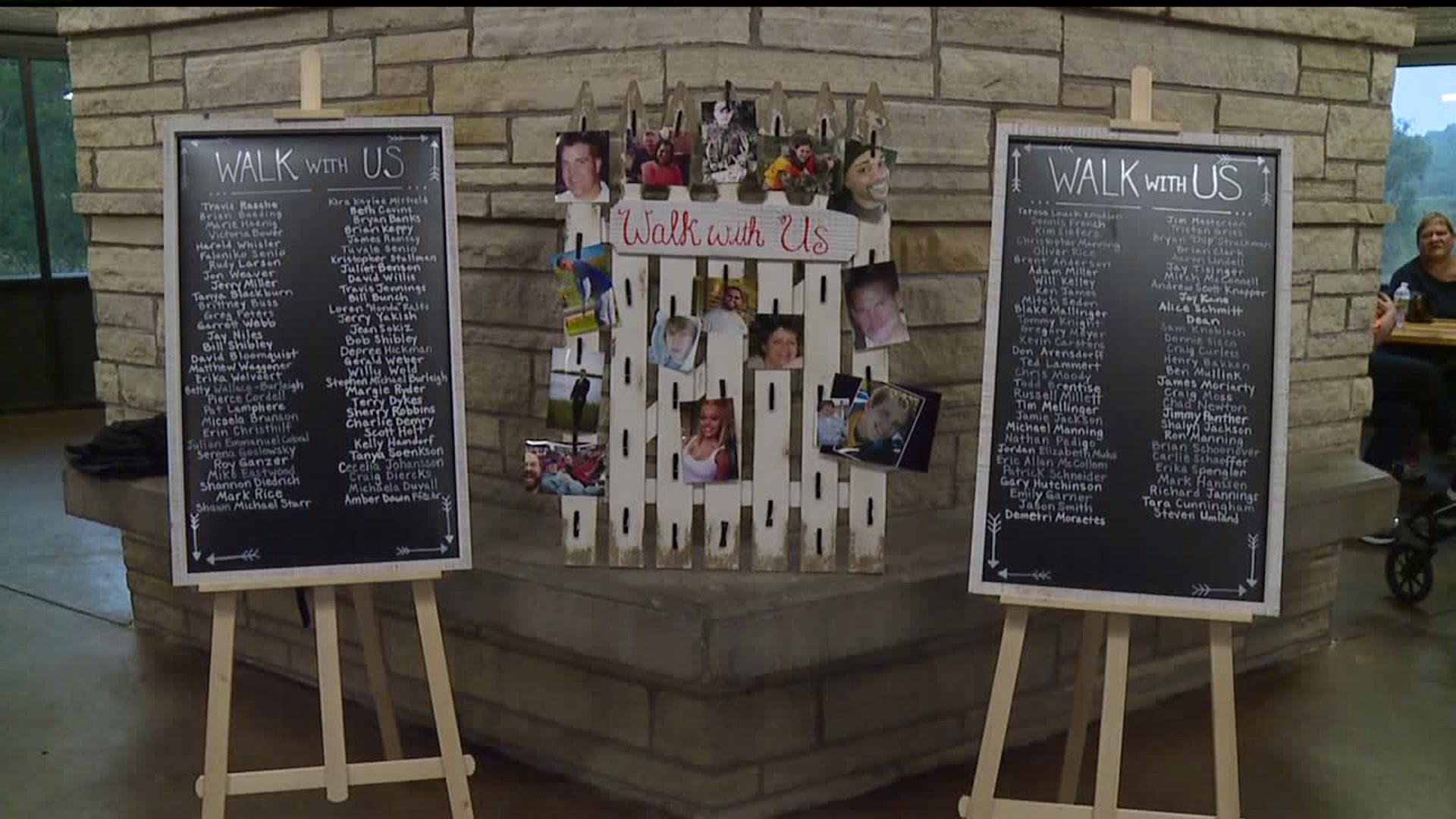 ELDRIDGE, Iowa -- Raindrops fell on the streets of Eldridge Saturday morning as families marched in remembrance of people they have lost.

The tenth annual Walk with Travis on September 21st in Scott County Park gathered people affected by the loss of loved ones to suicide for a 5 kilometer (about 3.1 mile) long walk to raise awareness for suicide prevention, mental health, and survivor support. The event began at 9 a.m. with a reading of names before the attendees set out on the hike in pouring rain.

The  event is funded by a silent auction, raffle drawings, and signup fees which are also donated to local groups working in suicide prevention.

Leaders of the walk say that more work can always be done to fight suicide. Organizer Tara Dinneweth stresses the importance of normalizing attention to mental health by saying, "...a little more mental health treatment and more education. Educating our youth that it is okay to have depression, to have anxiety and letting them know that if they`re having a problem and contemplating taking their own life, they need to talk to somebody"

The annual walk began in 2009 after the suicide of Travis Rasche, who family started the event after they felt that there weren't enough resources for families affected by suicide. It has raised money for several suicide prevention organizations in local Iowa communities.