It’s a workout that even its creator says pushes him to the limit. “Me and another buddy threw on a vest when we did it. It hurt a little bit,”... 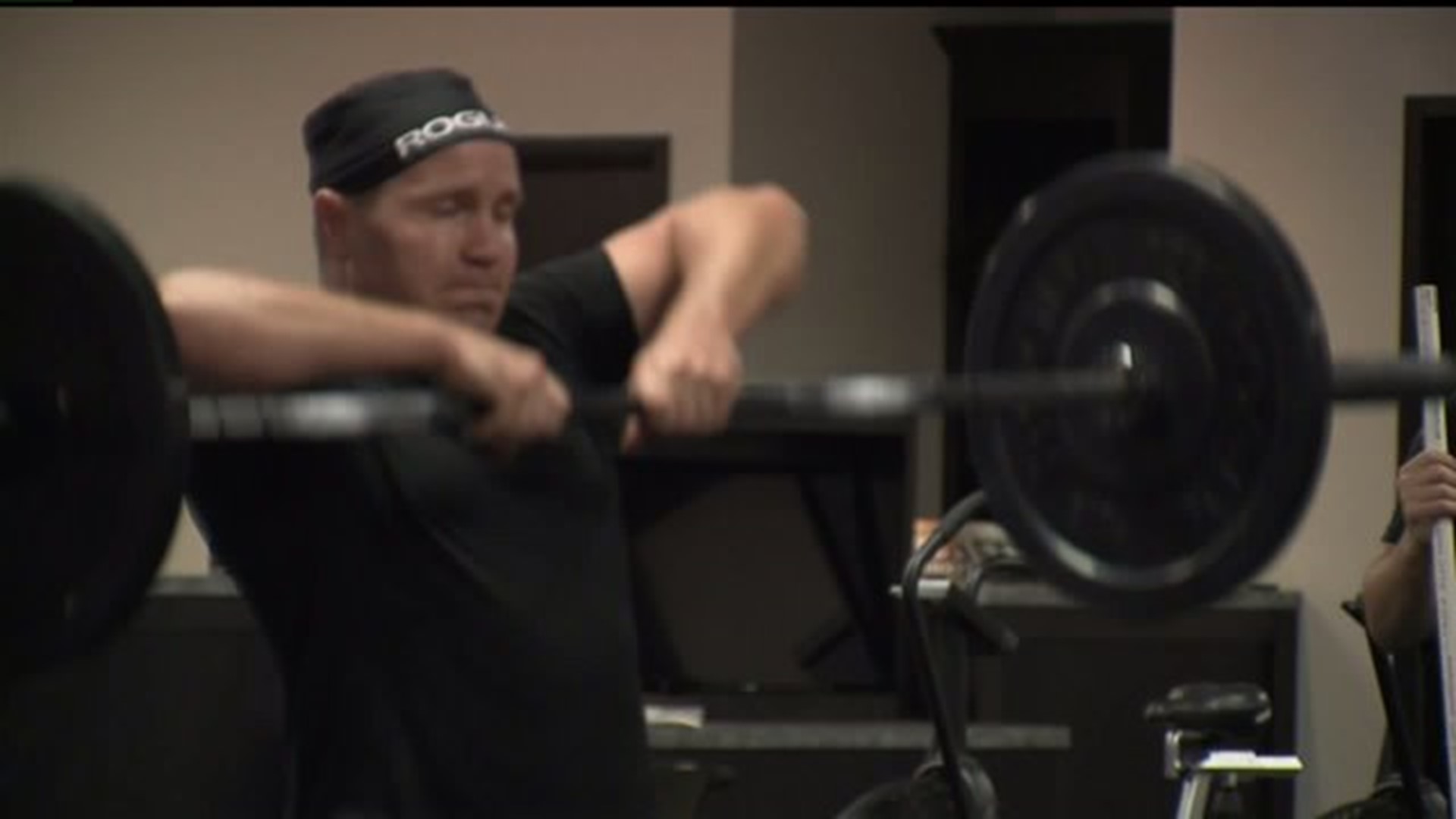 It's a workout that even its creator says pushes him to the limit.

"Me and another buddy threw on a vest when we did it. It hurt a little bit," CrossFit coach Ben Mahieu said.

Mahieu met Adam Dobereiner while they were in school in Moline. Four years ago, he got terrible news. Dobereiner was killed in an explosion while serving with the Army in Afghanistan.

"I was actually celebrating my birthday, and I heard [the news]. It was a gut check. It put things in perspective and I really understood the importance of life and how valuable it is," Mahieu said.

He doesn't see November 18th as his birthday, but the day he lost his friend. Each year, Mahieu tries to do something special in his memory. He decided to use his passion as a CrossFit coach to put something together.

"He had the idea, and he knew that November 18th would be the day. You can`t deny somebody that`s not only a good friend, but a great coach. We knew it was going to be a good idea," CrossFit OC3 manager Colin Cartee said.

It's called the Dobie. Mahieu says they bonded over sports and exercise, so it's the perfect tribute.

"That`s kind of tough, because a workout, you`re doing it for yourself. You`re doing it to get fit and all that good stuff. I`ve already had people come up to me and say I pushed a little harder for this kid that I don`t even know," Mahieu said.

He's excited to see such a strong reception to what was only an idea two months ago, and now, working out on this day will have a bigger meaning.

"This time next year when I see it again, I`ll do it for all the same reasons. I`ll be thinking about him from now and in between," Mahieu said.

CrossFit OC3 put the workout on their Facebook page, and Mahieu says other gyms in the Quad Cities are now doing the exercises as well in honor of Dobereiner and all who served in the military.

If you want to see the workout for yourself, check out the CrossFit OC3 Facebook page.