While the Wendy’s location is incorrect, the company says a restaurant is coming to the Iowa QC soon. 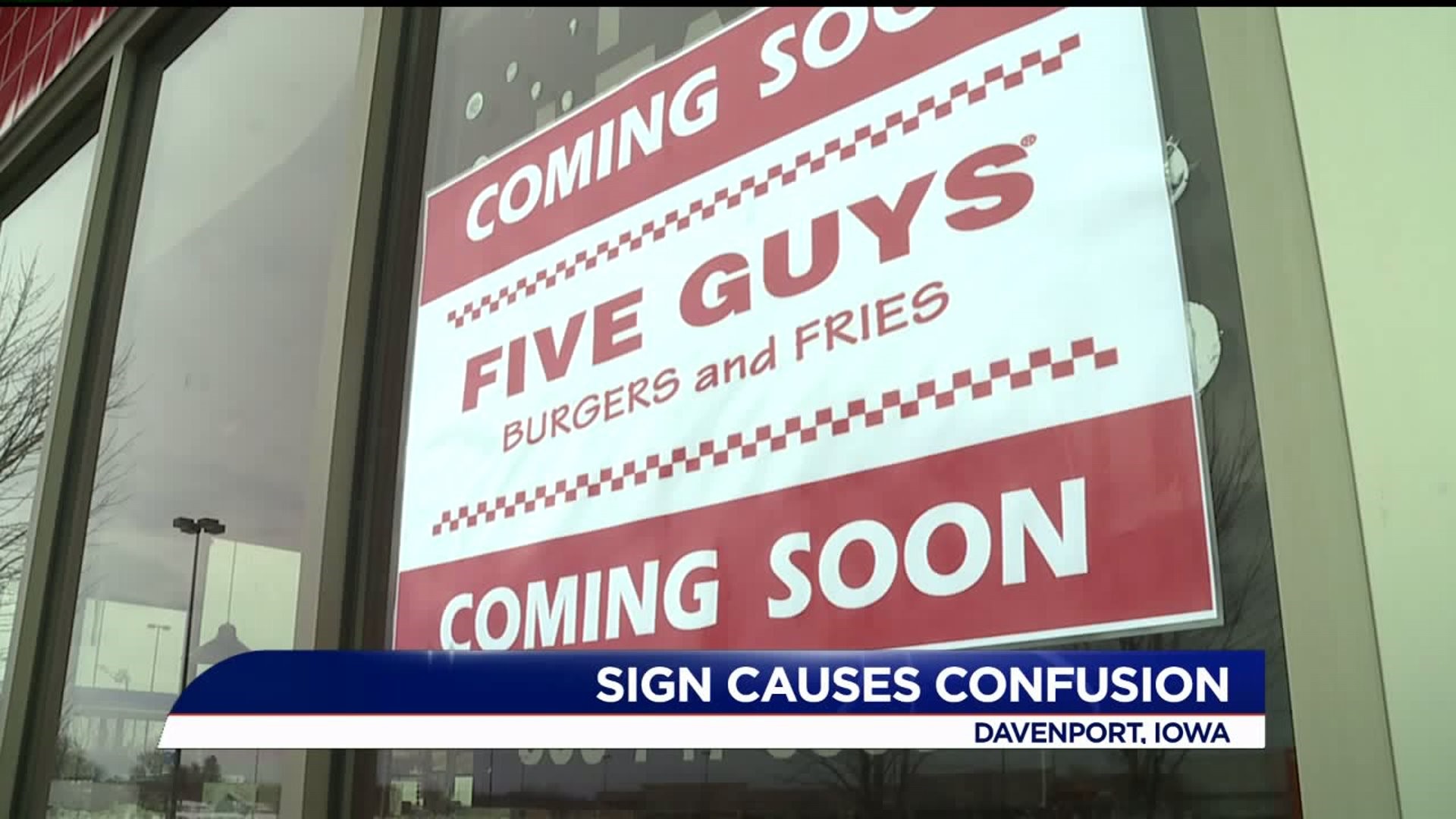 This was, at least partially, fake news. The realtor that is marketing that Wendy's on West Kimberly Road said the sign is false and it will be taken down soon.

However, a Five Guys spokesman did confirm that the a Five Guys Restaurant is coming to the Iowa Quad Cities. They are not, however, announcing the location at this time. A local realtor did say there is a possible location along Utica Ridge Road.

City of Davenport officials said they do not have information on a future Five Guys location to share at this time.