Every Dog Has Its Day: Clinton County Deputy K9 Retires

As the saying goes, “every dog has its day.” Well, today was Odin’s day. Dedicated, determined, and diligent – K-9 Deputy Odin is retiri... 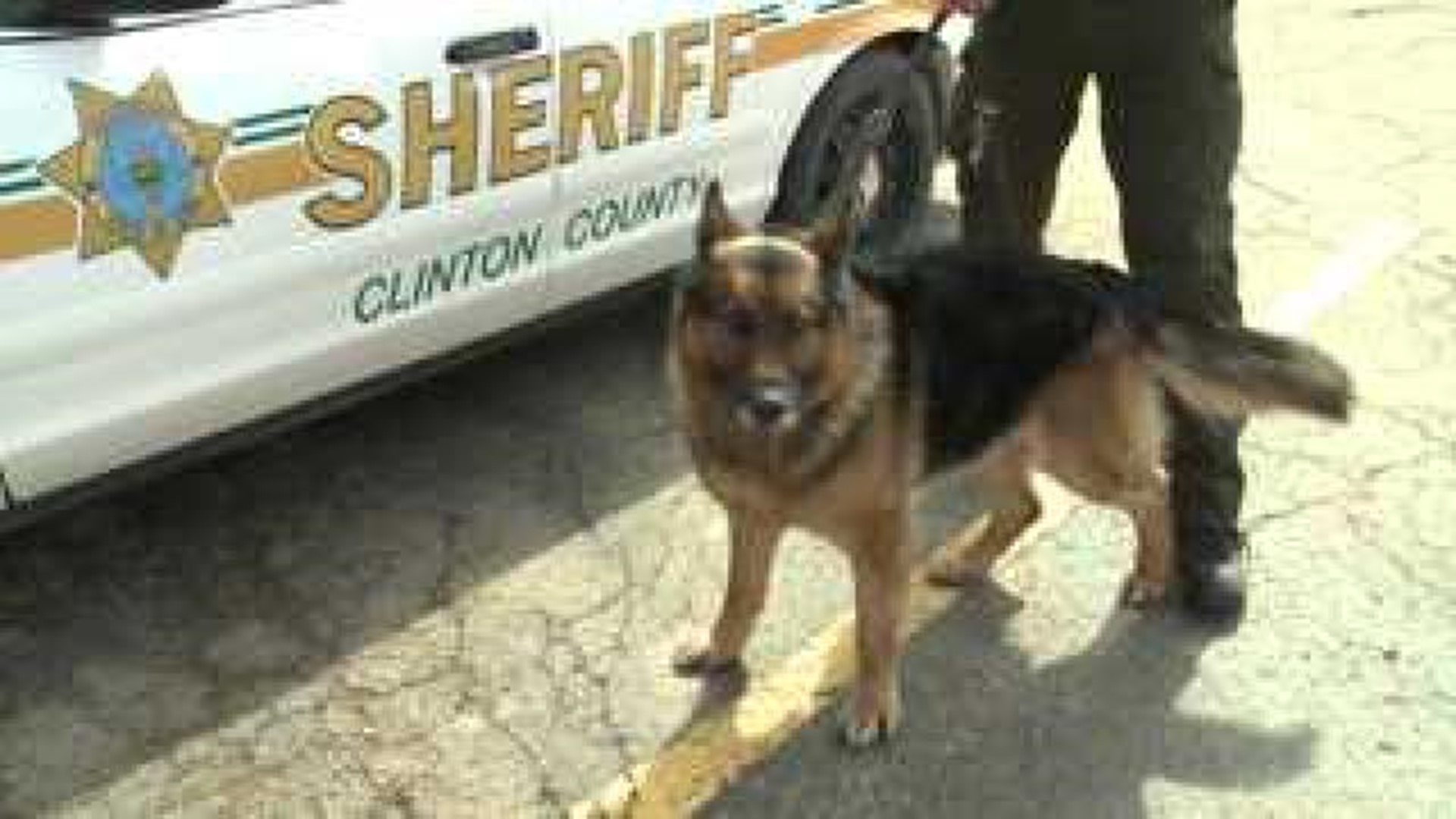 As the saying goes, "every dog has its day." Well, today was Odin's day.

Dedicated, determined, and diligent - K-9 Deputy Odin is retiring after more than 10 years with the Clinton County Sheriff's Office.

The 11-year-old German Shepherd was born in the Republic of Georgia (Russia) in January 2003, but came to the U.S. in August 2003. He trained for six weeks at the Top Dog Police K-9 Academy in Evansville, Indiana with his handler, Deputy Jeff Ernst.

"When we first got him the thing that most amazed me about him was his speed," Deputy Ernst tells News 8. "He was fast."

On Friday, March 21st, 2014, Sheriff Rick Lincoln held a retirement ceremony for K-9 Odin. In his more than decade-long career, Odin was used 170 times for his abilities and assisted nearly 80 other agencies.

"These K-9s are used in searching for lost children," says Sheriff Lincoln. "They're used for drug tracking, they're used for apprehension - there are many different ways that we can use our K-9s."

"On so many of those, if it was not for him -- there would not have been an arrest."

Deputy Ernst says Odin is the perfect patrol partner, even just day-to-day. He helps him on traffic stops or provides support during long shifts.

"If we got a lot of time when there's not much going on and I just kind of get in the zone driving, all of sudden he'll pop his head up front, he'll put it on my shoulder and I give him a little pat."

"It's just like a family pet - the companionship that you have and the love."

That describes Odin's new job as he becomes a full-time pet for Deputy Ernst and his family. Deputy Ernst says they live on 15 acres, so there's a lot of room to run and scare off Odin's biggest "pet peeves": birds of prey.

"We live close to the river so we'll get bald eagles and hawks and crows and he just has a big problem with those landing on his property and so he makes sure he runs them off."

Deputy Ernst says it will be strange getting into his squad car on Saturday morning without K-9 Odin, but he - and others at the Sheriff's Office - say Odin is ready for a well-deserved rest.

"We're all going to hate to see him go, but he served his years and he's due a nice retirement now," says Sheriff Lincoln.

Sheriff Lincoln says they're researching the possibility of a replacement K-9. For now, they will have just one K-9 - Fill Liqueur.