Employers, educators combine to help veterans and their families with the next step

While the spotlight is on Syria right now, there are still U.S. troops fighting in Afghanistan. They are set to come home by the end of 2014. When they do, they... 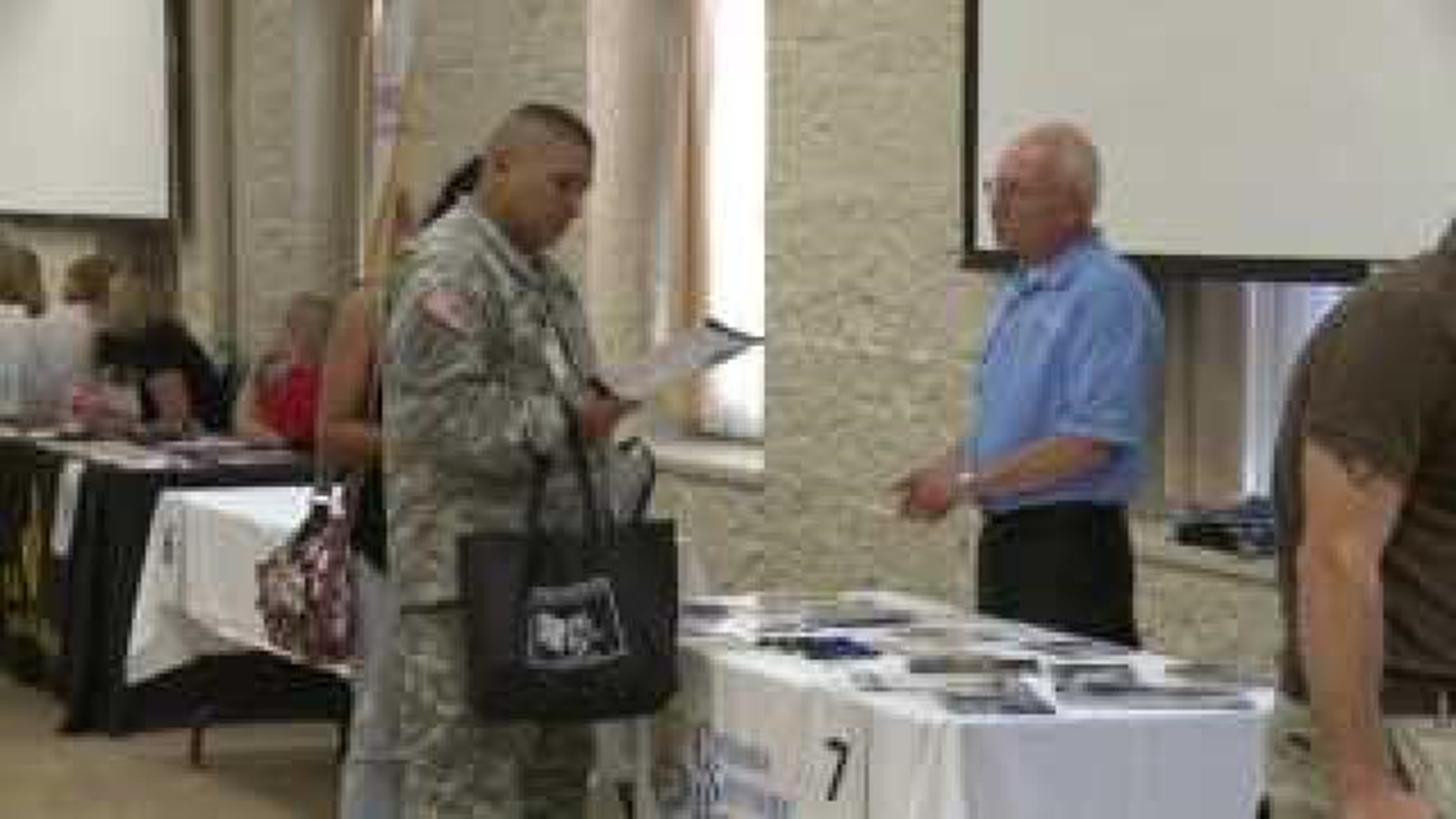 While the spotlight is on Syria right now, there are still U.S. troops fighting in Afghanistan. They are set to come home by the end of 2014. When they do, they’ll be looking for jobs, like many at the Rock Island Arsenal were doing Wednesday.

From 9 a.m. to 4 p.m. a job and education fair was held at Building 60 for soldiers, veterans, family members, and federal civilians.

"If we can target soldiers who are getting out of the military it's going to help everybody,” said Renee Michl, Garrison Human Resources Director.

Wearing uniforms and civilian clothing, soldiers, veterans, and their families were looking for the next step.

"All good things come to an end, so you have to start planning for your next step,” said Jose Battle, Sergeant First Class, US Army, who served in Iraq and Afghanistan.

Battle was looking to further his education,

“After my time in the military service, I think it's important that you continue your education so that you have a lot more viable options when you step out of the service,” said Battle.

Others like Jacob Costas, an Iraq vet who is now part of peer support at Veterans Affairs, were helping other vets find work.

"Since I'm a vet, I've kind of been there, done that so I can provide firsthand information on what services they are entitled to and how they can get help," said Costas.

"It's an attempt on the part of the government to assist as much as we possibly can for the soldiers to have good employment when they come out,” said Michl.

According to the Bureau of Labor Statistics, unemployment numbers for vets in July 2013 were down 0.5% from July 2012. But this job fair shows there is still more work to do.

"We really owe them a debt of gratitude for the service they have provided,” said Michl.