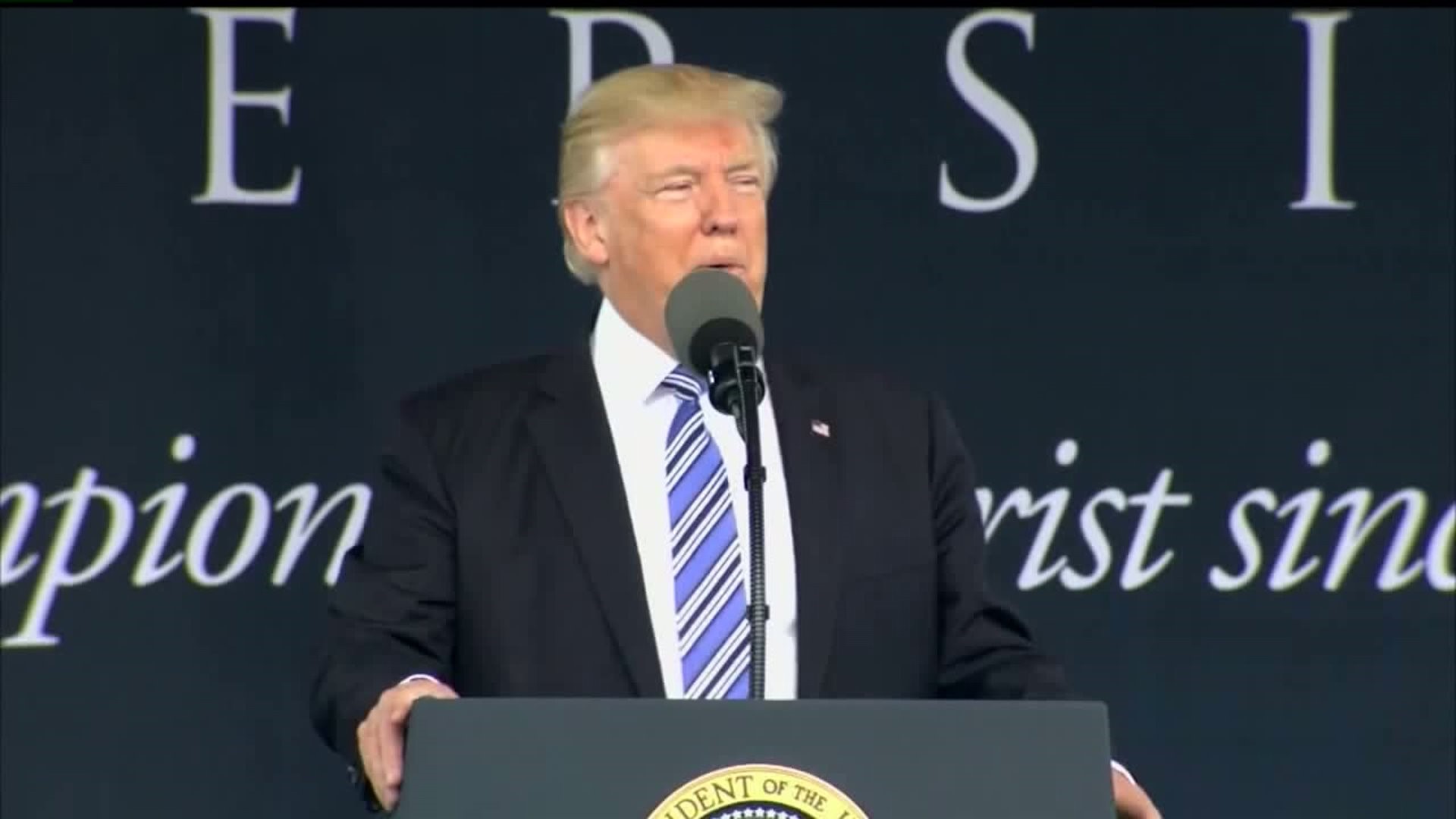 He delivered the commencement address at Liberty University in Lynchburg, Virginia. Before the speech, Trump told reporters on Air Force One his decision on a replacement for Comey could come as soon as next week, before his first overseas trip as president.

Trump predicted, "I think the process is gonna go quickly, because almost all of them are very well known, so -- you know -- they've been vetted over their lifetime, essentially. But very well known, highly respected, really talented people, and that's what we want for the FBI."

The first interviews to find a replacement for Comey took place today. Eight people are being considered for the job, including the current, acting FBI Director Andrew McCabe. Among the others: Republican Senator John Cornyn, the second-highest ranking member of the Senate, and lawyer Alice Fisher, a former top Justice Department official, who would become the first female FBI Director.

The search for a new FBI Director comes as some people in Congress are calling for an independent, special prosecutor to investigate possible ties between the Trump campaign and Russia. But Deputy Attorney General Rod Rosenstein, who has the power to name a special prosecutor, doesn't think that's necessary.

He says he doesn't believe the FBI investigation into any Trump-Russia ties is at risk.

Senator Dick Durbin (D-Illinois) disagrees. He's among the Congressmen calling on Rosenstein to resign if no special prosecutor is named. In addition to Durbin, 20 State Attorneys General sent a letter to the Deputy Attorney General urging him to name a special prosecutor.