Educators with the East Moline School District are rebutting new accusations against the district by state Rep. Mike Smiddy, D-Hillsdale. During Monday’s ... 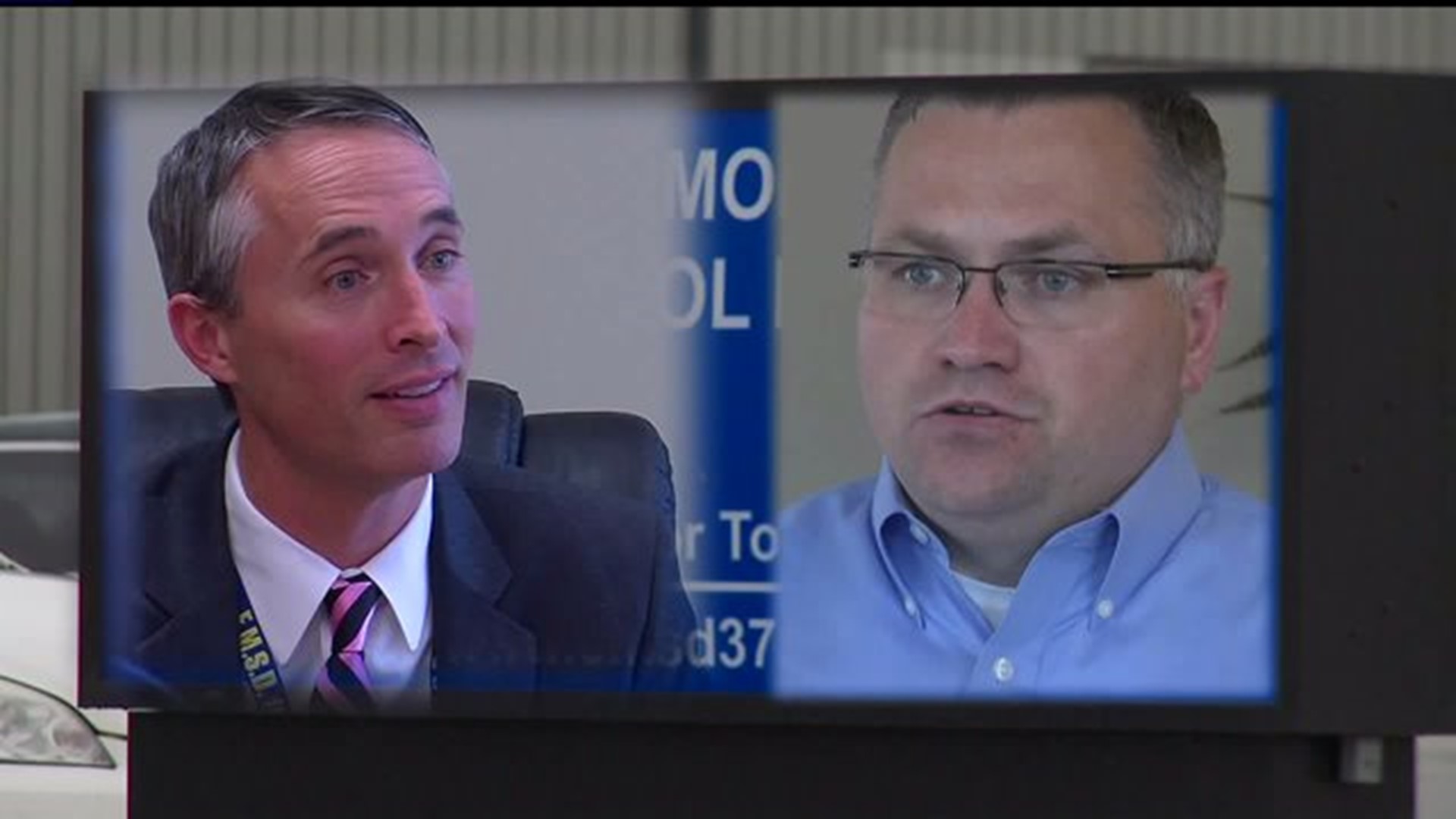 Educators with the East Moline School District are rebutting new accusations against the district by state Rep. Mike Smiddy, D-Hillsdale.

During Monday's school board meeting, Superintendent Kristin Humphries informed board members that Rep. Smiddy filed complaints with the Illinois State Board of Education alleging mold growth in the classrooms at Hillcrest Elementary, the same school Smiddy's wife, Debra, teaches.  Debra Smiddy is also the president of the East Moline Education Association, a union representing the district's teachers.

According to emails obtained by News 8, Debra Smiddy emailed Hillcrest Elementary Principal Dalina Archer at 12:47 p.m., August 5, 2015, claiming she had found black mold on the ceiling tile in her classroom. District officials claimed this was the first they had heard of the problem.

Emails exchanged between two members of the Illinois State Board of Education, one hour before Debra Smiddy contacted principal Archer, indicated someone had already tipped them off about the alleged mold in the East Moline School District.

In a letter to the East Moline School Board, Supt. Humphries suggested Rep. Smiddy "apparently contacted the State Board of Education's legislative liaison orally on or before August 5, 2015."

Following an inspection from Graves Environmental Inc., Humphries said there was no evidence of black mold or any other hazardous materials in the air.  Humphries said the inspections will cost the district about $20,000, and about $14,000 of that cost will come from the general education fund.

Smiddy did not answer attempts by News 8 to contact him Monday, August 24, 2015.

Frustrated board member Kai Killam was quoted in the Dispatch-Argus Monday night, stating, "He [Rep. Smiddy] has insulted our staff and wasted taxpayer money."  Smiddy was quoted in the paper saying, "I was shown some very disturbing photos on the condition of some classrooms."

"I am fine with the administration placing the blame upon me as long as the concerns are addressed. The health and safety of the students and staff within my legislative district is a top priority," Smiddy added.