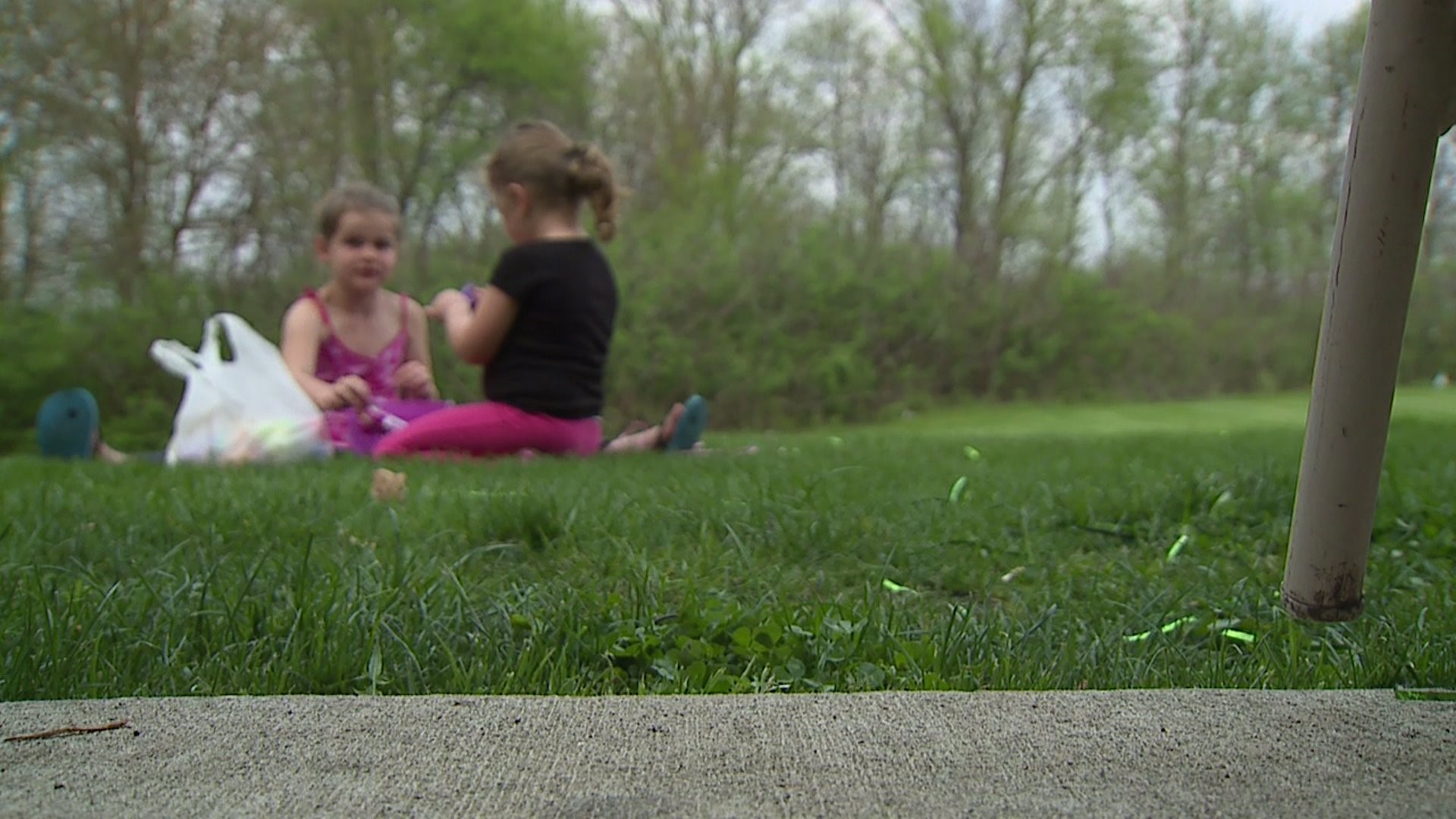 EAST MOLINE - A Quad City mom received some unexpected help after her money was stolen two days before Easter.

"I just couldn`t be any more thankful," said Nolen.

Last Friday, March 14th, Nolen was out running errands, she stopped at store to pick up a few things. It wasn't until her next stop when she realized she didn't have her purse.

"When I got there they said yes they had my purse, they had put it in a safe for me," said Nolen.

However, her paycheck she just cashed was gone.

"I`m a mother of three work full-time, I don`t make a whole lot."

She filed a police report with the East Moline Police Department and went into Easter weekend knowing she wouldn't be able to give her kids much.

"It put a real dent in things, it was a horrible feeling you know," said Nolen.

Easter day she got a call from one of the officers asking to meet with her.

"They`re all newer officers and they said hey let`s make this Easter good for this gal who had her money taken, so they you know everyone put in some money," said Police Chief, John Reynolds.

Nolen says it was perfect way to wrap up their Easter holiday, "Pretty much we focus a lot on the negative and the bad of things and not enough of the good and so this is one to tell."

Nolen says the police officer's act of kindness has inspired her to pay it forward to others.

Police still don't know who took Nolen's money. Nolen was told the cameras at the store weren't working at the time.