Its rescuers say they think the bird will fly high again someday. 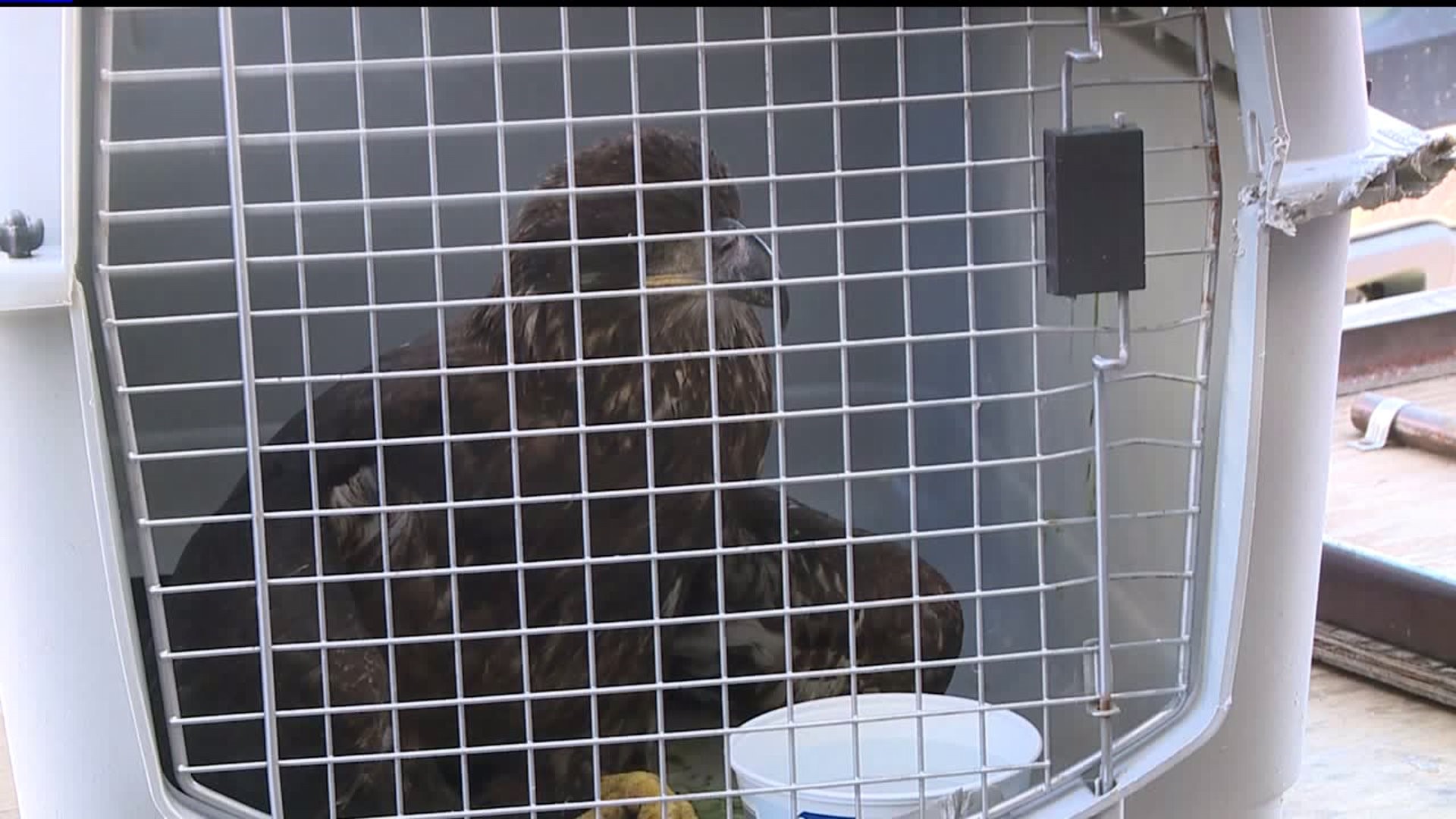 A wildlife rescue crew came to the aid of an injured eagle Thursday, August 29.

The juvenile bald eagle was found by a passerby on the Hennepin Canal Parkway. It had an injured leg.

The eagle was taken to the Northern Illinois Raptor Rehab Center to recover from its injuries.