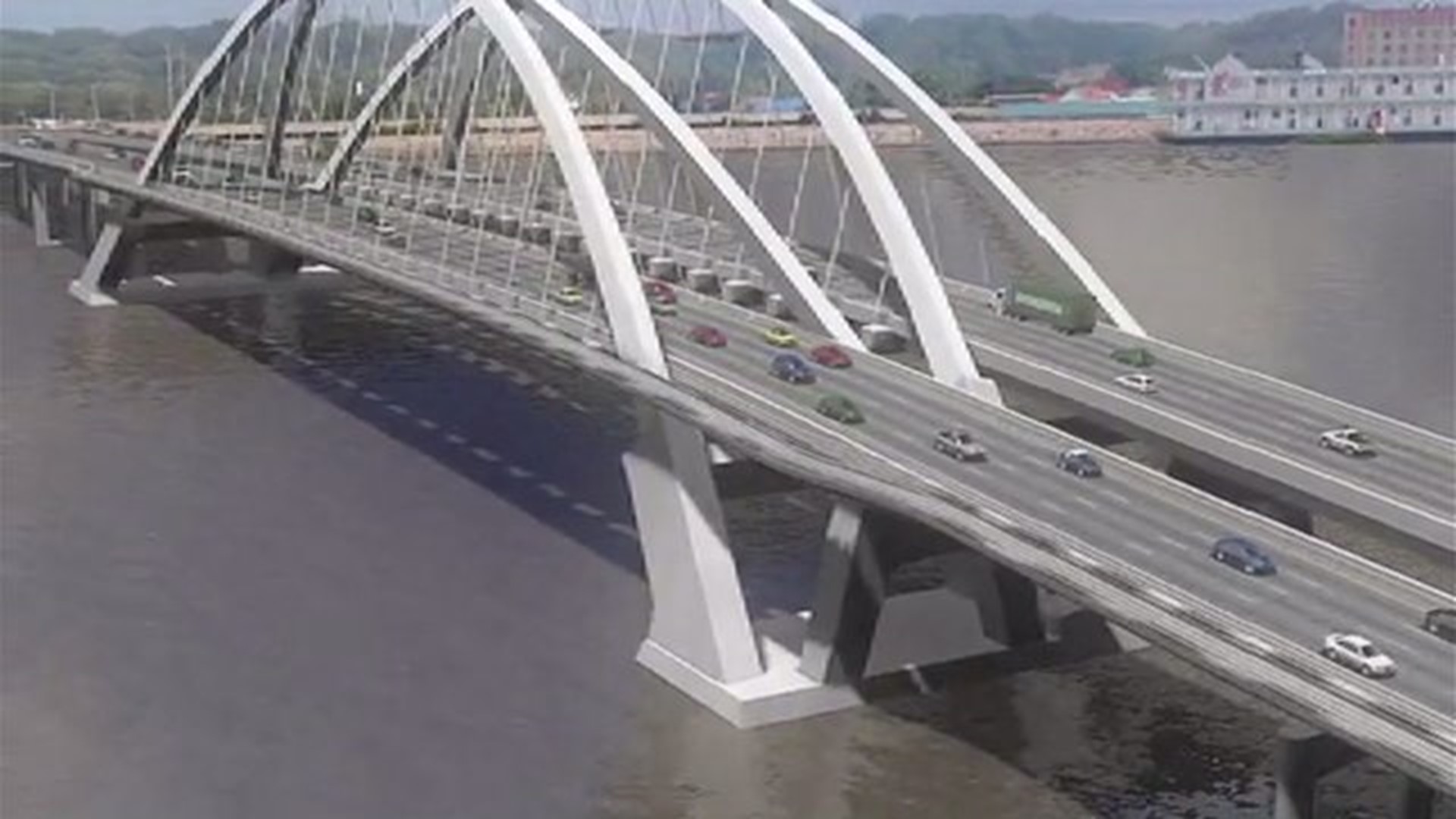 With lots of heavy equipment on display, everything seems bigger at Duke Aerial.

Now, the Davenport firm could stand even taller.

"It would be huge for our business," said Territory Manager Eric McCullough.

Huge, if it supplies equipment for construction of the new I-74 bridge.

"Our business is actually locally-owned," he continued.  "We're an Iowa-based company. We're not a big corporation, so that helps."

That's why dozens of contractors were lining up at the Waterfront Convention Center on Thursday.  More than 200, in all, learning how to bid on parts of the massive $1.2 billion project.

"That's why you're seeing a lot of activity here today," he said.  "There's a lot of interest because of the size, complexity and amount of work that will come to market."

The Iowa Department of Transportation, which is leading the state's largest project in history, calls it a monumental day.

It spent two decades of planning and considering some 19 concepts before deciding on a steel arch bridge.

The agency also cut construction time nearly in half, to about three and a half years.

"This is going to be a real landmark for the community," said Norm McDonald, IDOT's director of bridges and structures.  "It's kind of the Golden Gate Bridge of Iowa and Illinois."

Thursday's packed house represents plenty of interest in the project.

The Illinois side also expects to start work later this year.

"It's been a long time coming," said Gena McCullough, Bi-State Regional Commission.  "We're very pleased that the project's going to get to move ahead."

It's a project with lots of potential for a company like Duke Aerial in Davenport.

"It gives you tingles," Eric McCullough concluded.  "It's happening.  We're going to get it done, and hopefully everything moves  forward and fast."

It could be something to give this business a real lift.