Drunk driver of SUV crashes through pawn shop in Aledo; no injuries

An Aledo pawn shop sustained considerable damage when a driver crashed through the building Sunday night. 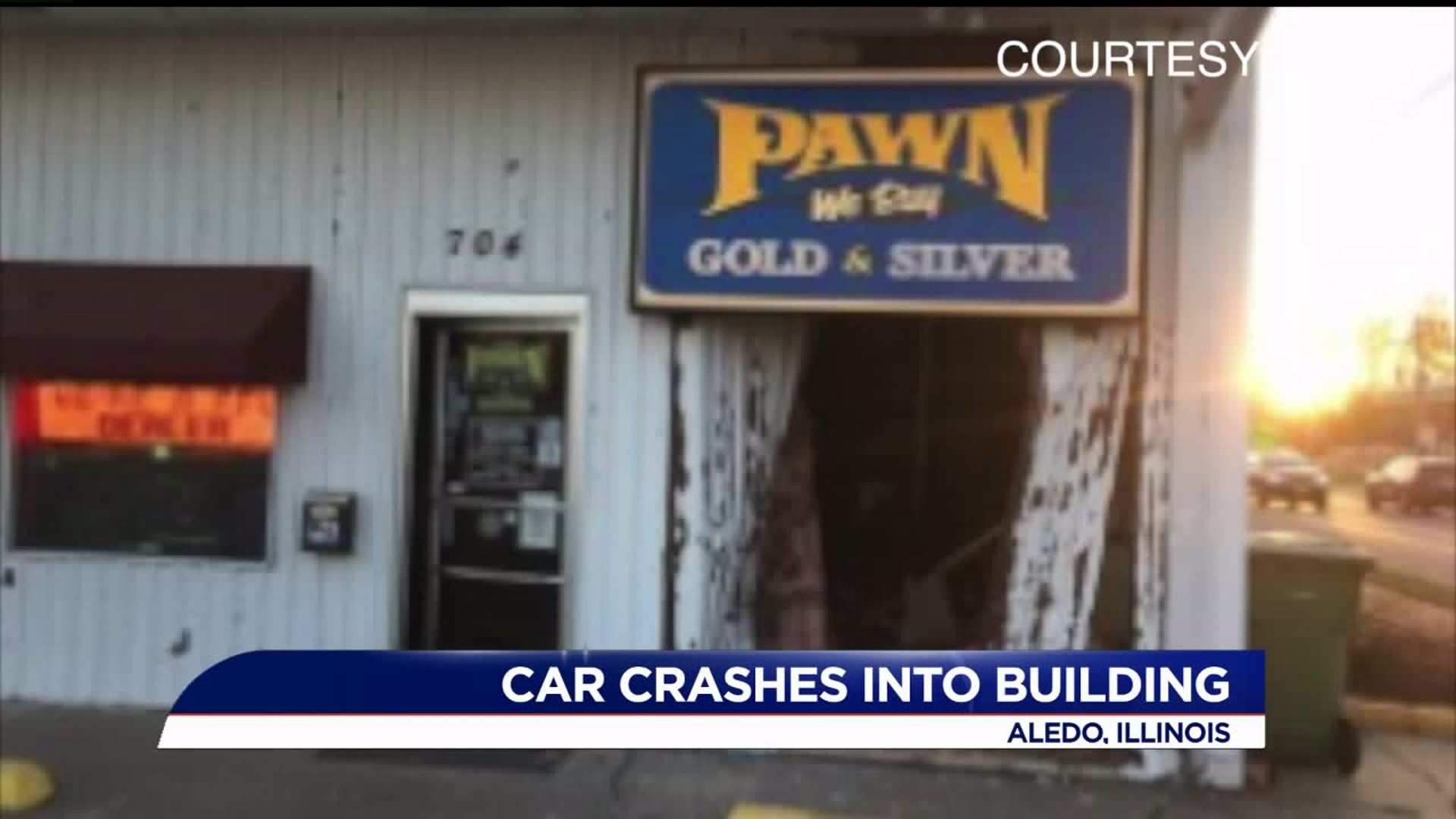 ALEDO, Illinois -- An Aledo pawn shop sustained considerable damage when a driver crashed through the building Sunday night, reports WRMJ.  It happened around 7 p.m. at Aledo Pawn and Gun.

An Aledo Police Department report indicates that a red colored Chevrolet Equinox was traveling west bound on Illinois Route 17 when it crossed into the east bound lane, across the curb, across the sidewalk and into the parking lot before eventually crashing through the front of the business, smashing through display cases and merchandise.  The vehicle came to rest at the back of the store after striking the checkout counter.

The business was closed at the time.

The driver—28 year old Justin Allen of Aledo was uninjured.  He was cited with DUI, improper lane usage and failure to reduce speed.