Dredging on the Mississippi costs Army Corps $10 million; 5 times more than years past

The Army Corp of Engineers has been out on the river for weeks dredging the Mississippi River, a process that should only take a few days. 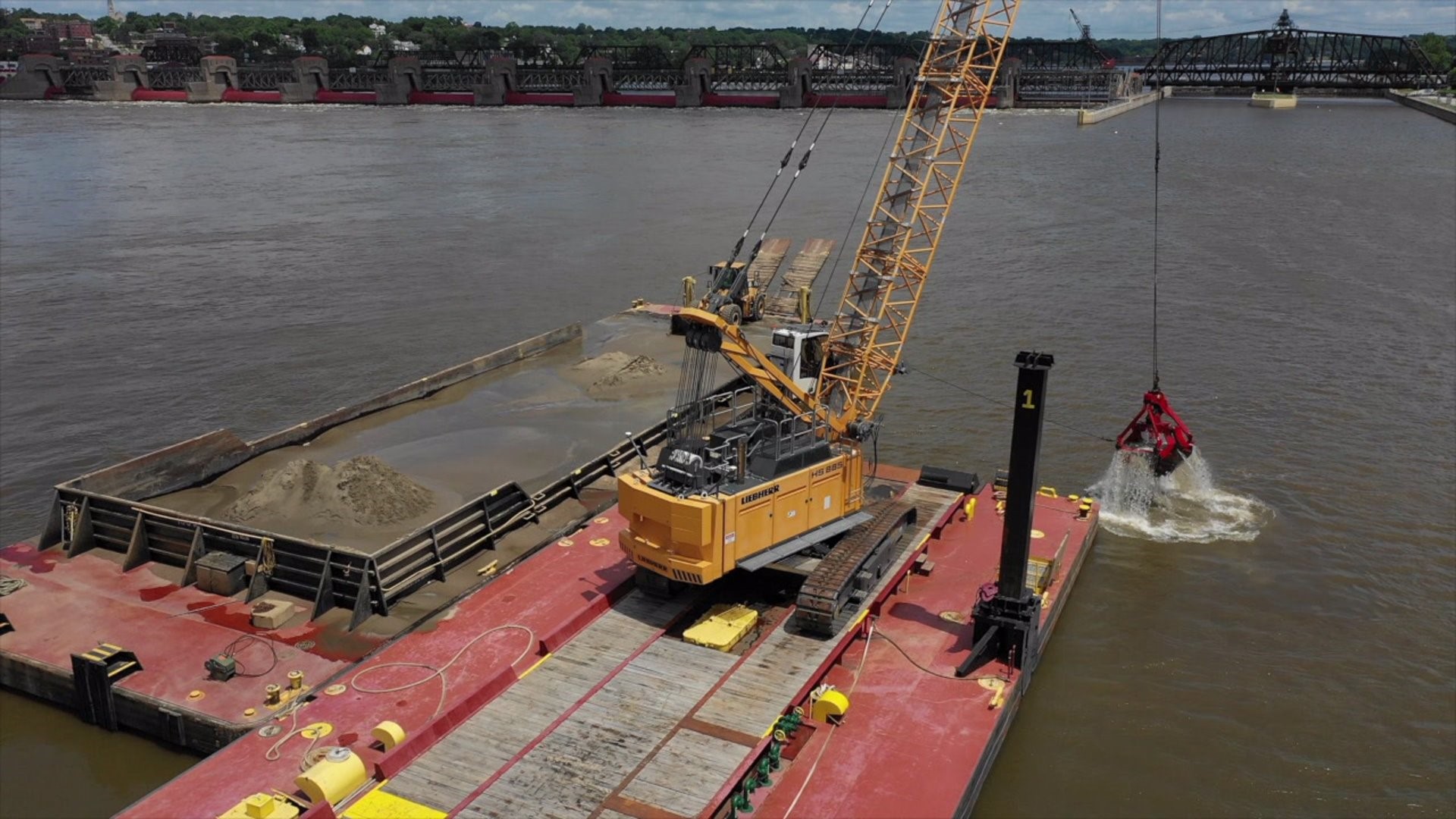 ROCK ISLAND, Illinois – Flood recovery on the Mississippi will cost the Army Corp $10 million this year for their work that’s not happening on land, but in the river.

Flood waters are known for the damage they caused on land, but now the Mississippi River is recovering itself after hitting rock bottom.

“We are on the river every year somewhere dredging, but this is a historic year,” says Thomas Heinold, Chief of Operations for the Army Corp of Engineers Rock Island District.

A historic year that could hurt the flow of heavy barge traffic the river will see now that flooding has gone down.

“We are facing some imminent closures actually, we may have to go into restrictions and request that barges lighten their loads and draft less than 9 feet should we have shoaling in the river that we can’t get to in time,” Heinold says.

The where the giant crane comes in that you may be seeing as you run, bike, or drive along the river.  The Army Corp of Engineers is out on the river scooping up sediment from the bottom and shipping it ashore, forming piles on top of piles, so barge traffic can keep moving in and out.

“We usually have somewhere between hundreds of thousands of cubic yards of material to move at any given year, and this year we are well over a million,” Heinold elaborates.

It’s costing the Army Corp more too.  Usually this dredging process costs the Army Corp $2 million, but this year they are paying $10 million, or five times more than normal.

“It’s a huge difference, the flood really made it difficult for us this year,” says Heinold.

The Army Corp has been working keeping the depth of the river at least 9 feet deep, which is a federal mandate for the Corp that’s been tough to maintain.

“This year we’ve actually had depths of three feet out here when you adjust it to flat pool,” explains Heinold.

And although everything seems fine from the river banks, the Mighty Mississippi is still trying to return to normal.

“We still might not be able to keep up with it all, it’s going to be a heck of a year,” Heinold says.

The sediment they shovel up can be used for beneficial purposes like highway and construction projects.

The Army Corp is expecting to stay out on the river for about another two weeks.