City officials took more than two dozen animals from a property where there was a complaint of a strong odor. 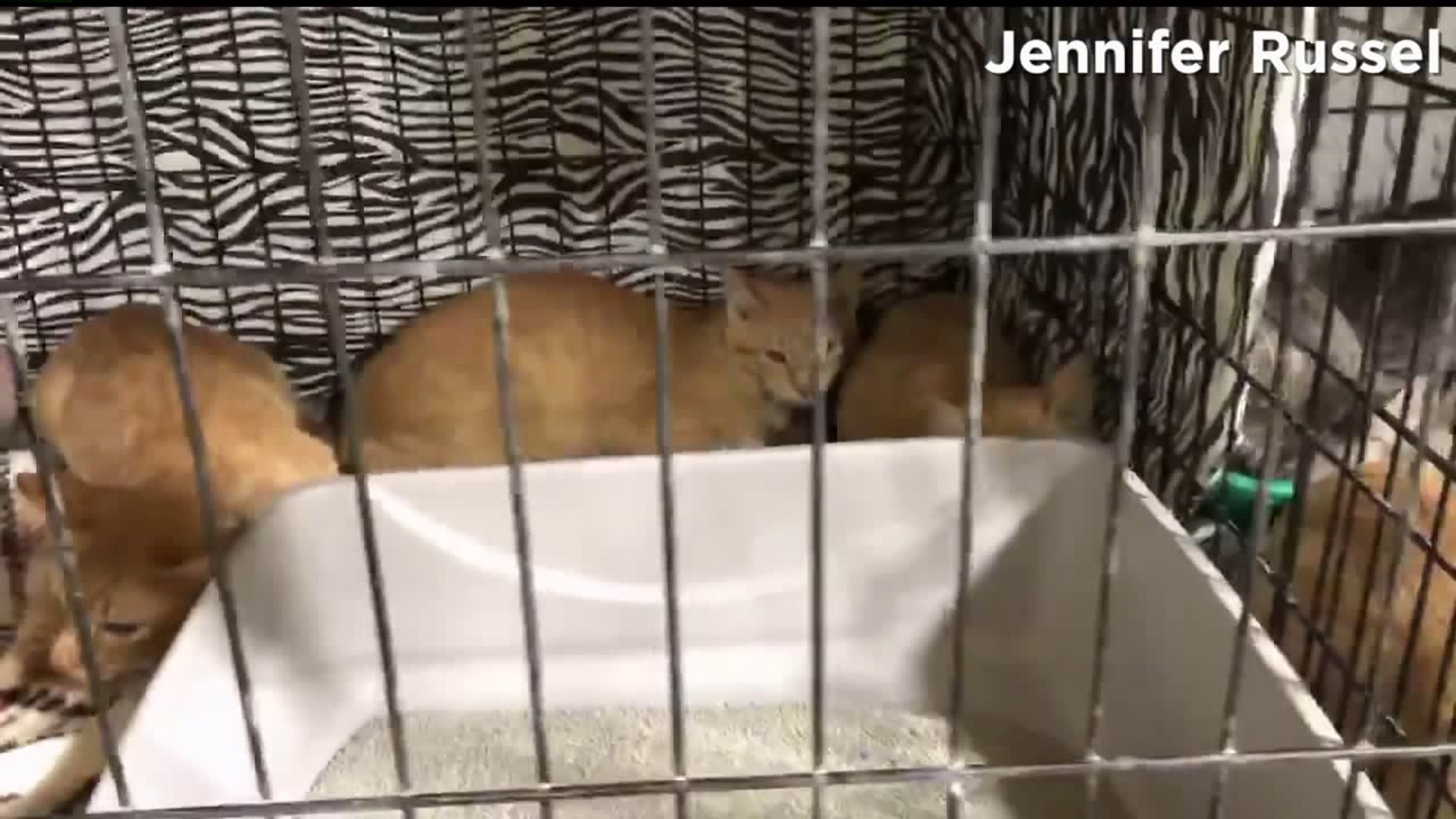 KEWANEE, Illinois – City officials took more than two dozen animals from a property where there was a complaint of a strong odor.

The “strong animal odor” was reportedly coming from a home in the 800 block of North Burr Street, according to a statement from the Kewanee Police Department.  That’s where 24 cats and two dogs were found on the property on Tuesday, August 20.  Most were inside the home, but some were outside around the garage.

Editor's Note: The video above was taken and shared by a viewer

Police said there was an “overwhelming amount of cats” and animal waste that was causing a smell in the area.

All 24 cats and one dog were taken to the Kewanee Veterinary Clinic to be cared for.  Police said most of the animals seemed healthy and there have been no dead animals found.

There were still more animals on the property; police said they’ve been difficult to capture because they are feral.

As of Wednesday, August 21, police were working with the Kewanee Community Development Department to figure out what to do with all the animals.  The residents remained in the home.

The chief of police said they were working with other agencies to determine if there would be any legal consequences.