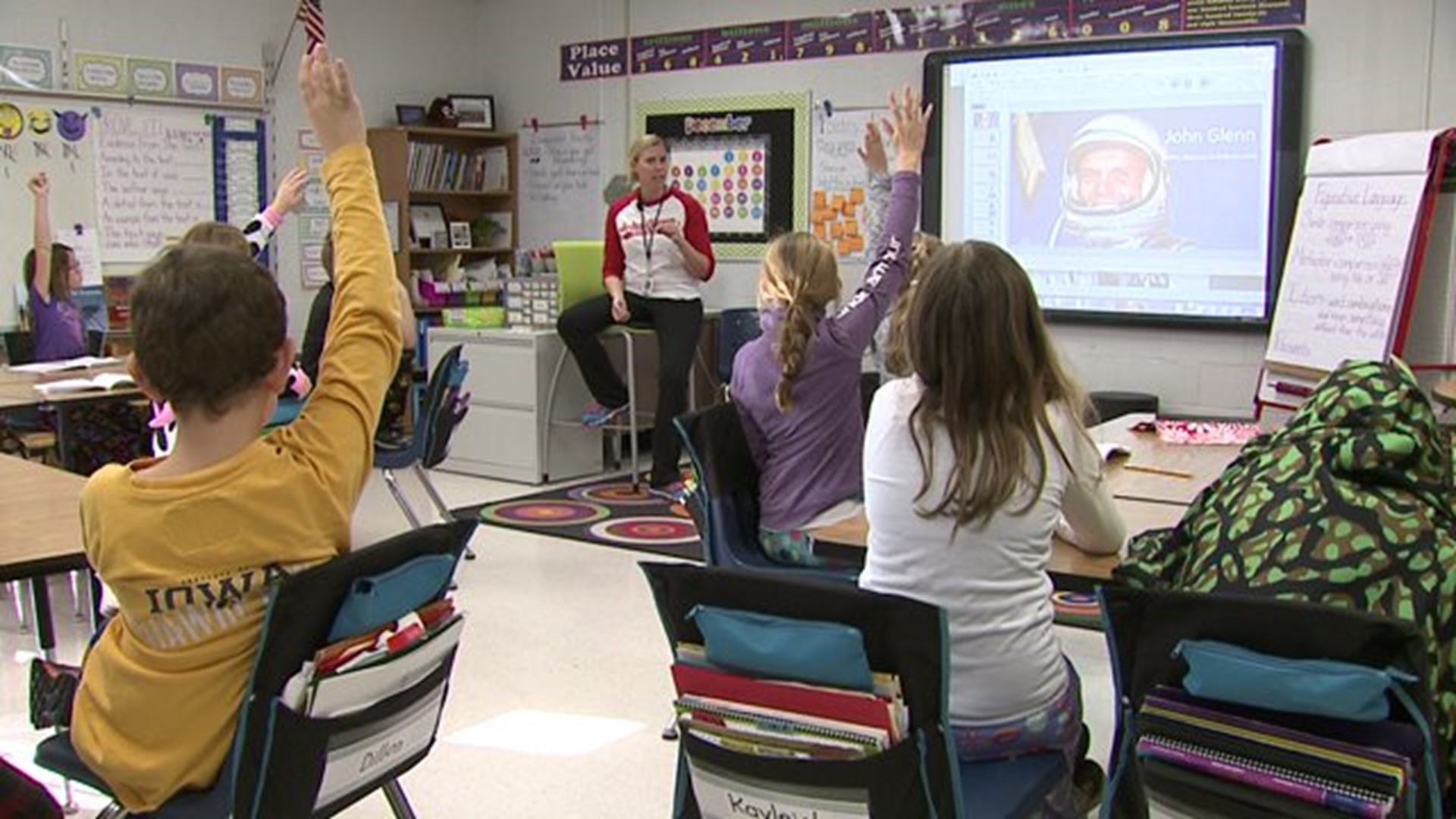 Americans are pausing to remember the life and legacy of John Glenn, who died Thursday, December 8, 2016, at age 95.

The legacy of the original astronaut and longtime senator thrives in Donahue, Iowa.

"I think John Glenn is a hero because he was the first man to orbit the Earth," said Hayden Ulloa, 10.

On Friday, December 9, 2016, there are many testimonials at the elementary school named for the American hero.

"May your studies of today prepare you fully for a wonderful tomorrow," one personalized inscription reads.

When Glenn ran for president in 1983, he visited students from the school during a campaign stop in Davenport.

Photos show his smiling connection with the young explorers.

During a later visit to the school, his wife, Annie Glenn, encouraged youngsters at a special assembly in the gym.

"We like kids to dream and think about the things that they can do," said Principal Kelly Rohlf.

Teachers like Lauren Emerson are helping kids to learn about John Glenn.

Within the adventure, there's a message about dedication and service to others.

An example that also challenges today's students at the school.

"They have the same opportunities to make change and give back to our country," Rohlf continued.

Each time they see Glenn's portrait in the hallway, they'll remember his inspiration.

"Someone who was a great patriot to our country," Rohlf said.  "It's just very fitting that we're known as the John Glenn Patriots."

"He was just a really great guy," Rose concluded.

At John Glenn Elementary School, that's a soaring flight for a friend.