A train passenger was busted with more than 17 pounds of cannabis in his possession, according to the Knox County Sheriff’s Department. 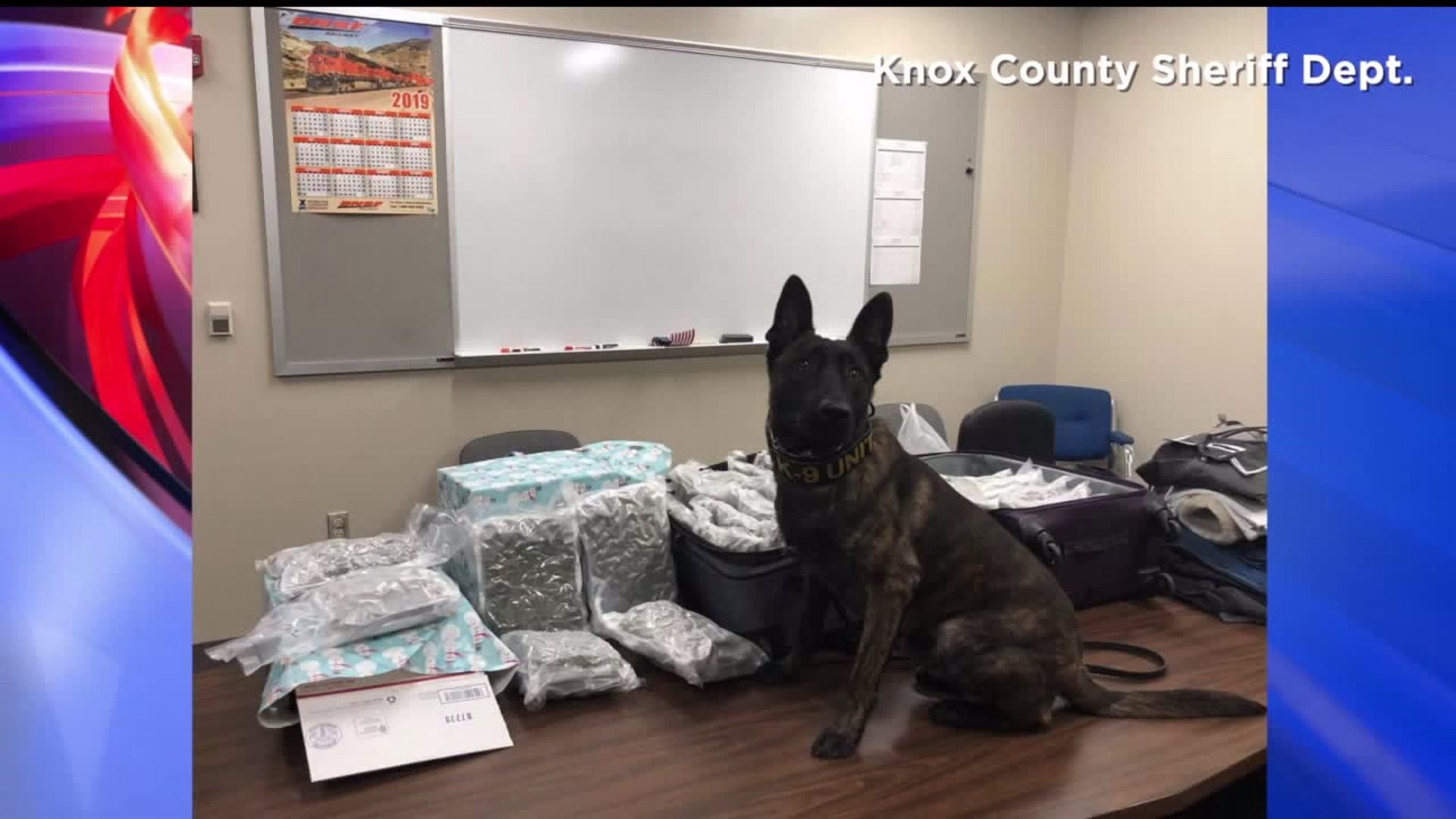 GALESBURG, Illinois -- Two K9s with the Knox County Sheriff's Department have assisted in sniffing out more than 44 pounds of cannabis during January of 2019.

On Tuesday, January 29, a train passenger was busted with more than 17 pounds of cannabis in his possession, according to the Knox County Sheriff's Department.

Detectives made contact with the passenger, 21-year-old Dylan Ross Patrick from Ohio, after he got off his train in Galesburg and got into the train station, the sheriff's department said.

"During that time, detectives were able to develop reasonable suspicion that the subject was engaged in criminal activity," read a post on the department's Facebook page.

The sheriff's department said the cannabis found in Patrick's luggage carried an estimated street value of $68,000.  The man was charged with cannabis trafficking over 5,000 grams and manufacture/delivery of cannabis over 5,000 grams.

More than 44 pounds of cannabis were seized during the last two weeks of January, with the help of Knox County K9 units, according to the department.  The total seized amounted to about $176,000.