“He messaged me and said [his] parents stole her out of my backyard,” says Briana. 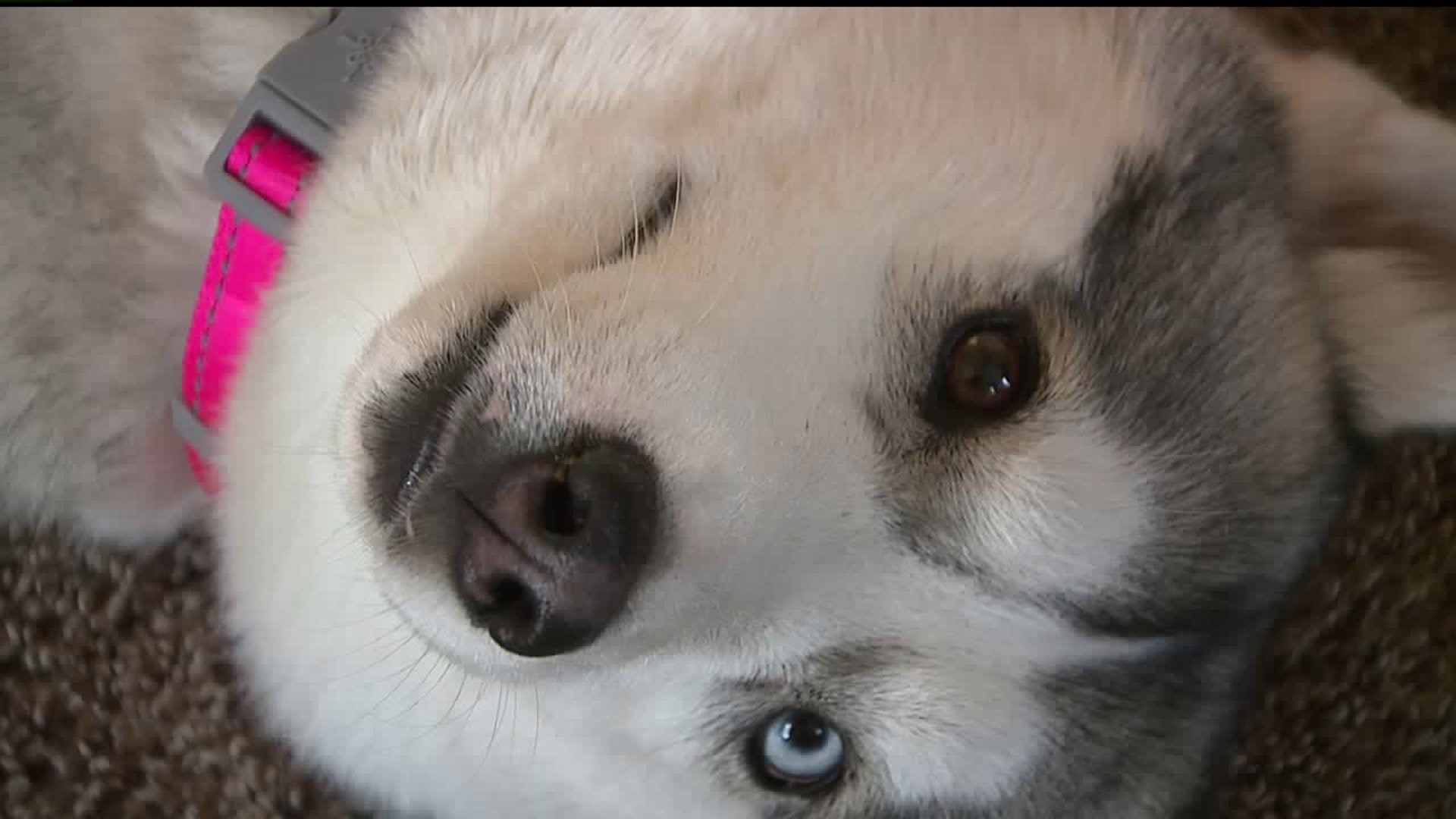 MOLINE-- It's all smiles in the Martin house, except for that cat. It's all sinking in for this family after six months apart, their Siberian Husky Feather, is back home.

"It's not real. I'm still kind of in shock that she's here," says Briana Martin.

Back in September Briana says Feather was stolen right out of her backyard.

"When he went out 30 minutes later to check on her, she was gone," says Briana.

After searching non stop, the family had almost given up on ever seeing her again, until Briana got a message on Facebook from a mechanic shop in Davenport.

"He messaged me and said [his] parents stole her out of my backyard," says Briana.

She says she originally thought the man messaging her stole Feather.

"I was very shocked. I just kind of stared at my phone for a second and said what? Once I got my bearings, I said okay, what's their name, what's their address. Where can I find them?"

The address was for a home 88 miles away in Cedar Rapids, Iowa.

After receiving those new details, officers at the East Moline Police Department contacted police in Cedar Rapids. Those officers went to that address and found Feather there. The Martins picked up Feather hours later and brought her home.

But this story is far from over. Briana is pressing criminal charges.

"You are looking at grand theft in some cases. Animals are not cheap, and you could go to jail. Be willing to pay that price if you want to take an animal," says Briana.

But in the meantime, this family makes up for lost time.

"I wish I could know what's going on with her in the past six months, where she's been, what she's done, how she liked her first snow,  but she'll just be with us forever," says Briana.

Briana met with East Moline Detectives on Monday to see where to go next.

Channel 8 did reach out to the man who messaged Briana with the details about Feather. He said he is happy he could help reunite them. We also reached out to the man's father, the man he says stole Feather. We have not heard back from him.