Dog helps save another dog that fell through ice in Andalusia

When a dog fell through ice at the Andalusia water treatment plant, another dog helped save its life by getting the attention of a worker at the plant. 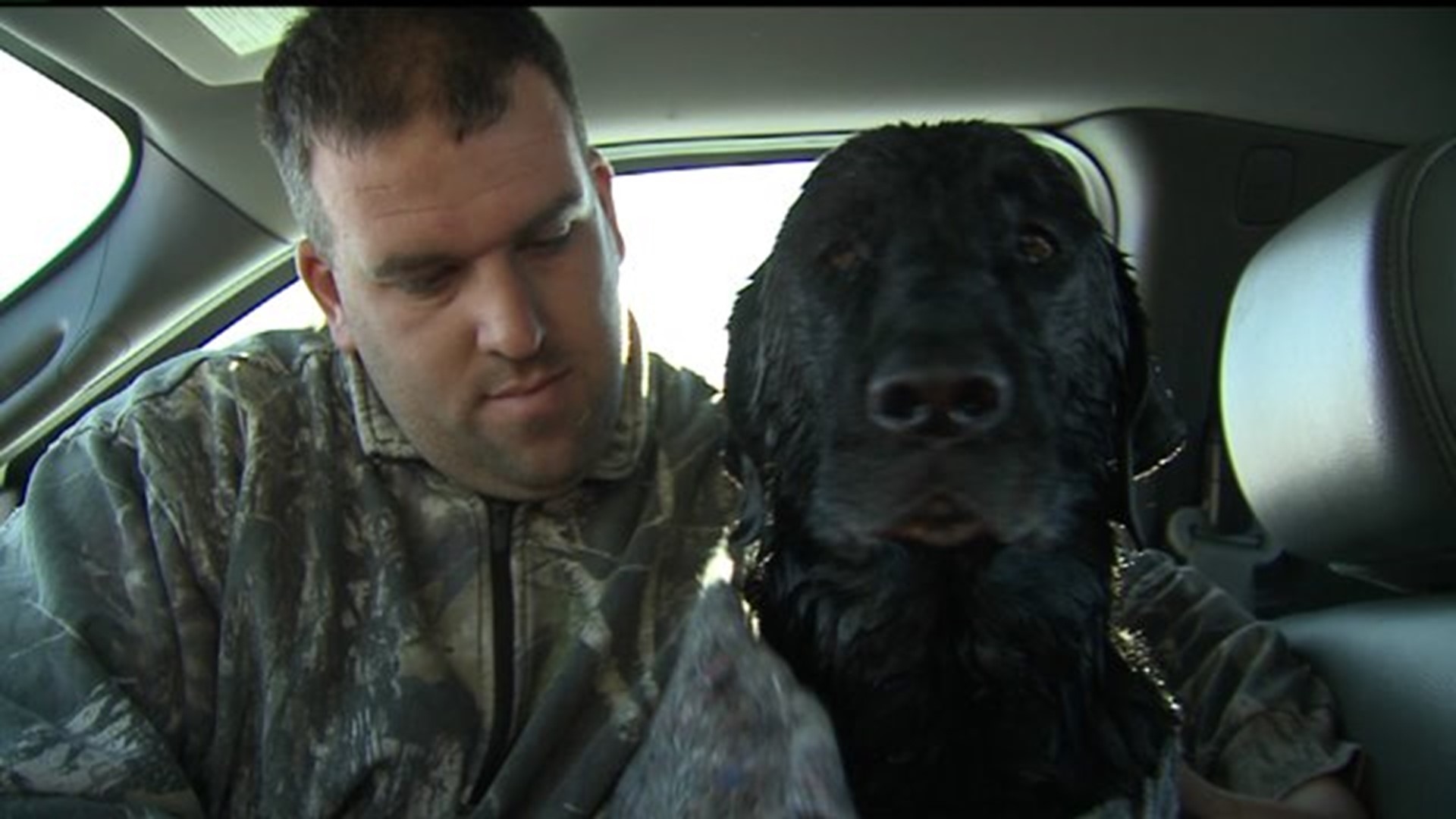 When a dog fell through ice at the Andalusia water treatment plant, another dog helped save its life by getting the attention of a worker at the plant.

"I’d left for lunch," said Joe Dungan. "I came back and when I came back from lunch the one black dog was running around and tried to get my attention. I looked over in this hole over here and the other dog was in the water trying to get out, so I called 911."

A barking dog got the attention of a man working on a door at the plant.  It was that dog's persistent barking that prompted the man to look up; that's when he noticed another dog, with its head just above the water, in an unfrozen section of a huge water treatment basin.

"I think he was trying to tell me something, he was saving his friend, and I kept telling the dog that it would be alright, that we were getting help as quick as we could," said Dungan.

Plant workers quickly used a rope to launch a flat-bottomed boat to the stranded animal.  As one person got ahold of the dog, others used the rope to pull the boat - and the dog - to the edge of the basin.

"It was worn out," described Matt Stark, who was on the boat. "He didn’t have much longer. It’s a good thing that we got to him when we did."

Because it was still agitated and barking, rescuers did not immediately capture the dog that started the rescue.  That dog eventually ran off.

The dog pulled from the water was shivering but expected to recover.  It was taken into custody by animal control.

"Every dog has to be scanned when it goes in and if it has an owner then I’m sure somebody's missing him," said Byron Reynolds, a Community Service Officer with Rock Island Animal Control.

"Fortunately, someone was around," he added. "He wasn’t out on the river where nobody could get to him so if you think about the overall picture, it was a good thing."

Both dogs wore collars, but not tags, according to animal control.  It was unclear who might own the dogs.

Plant workers said the dogs were probably tempted by geese that frequently land in the water basin.

Dog helps save another dog that fell through ice in Andalusia