Dog abandoned on the side of the road with bag of food, police searching for owner

Blue Grass Police are looking for the person they believe ditched a dog on the side of the road with nothing but a bag of dog food. 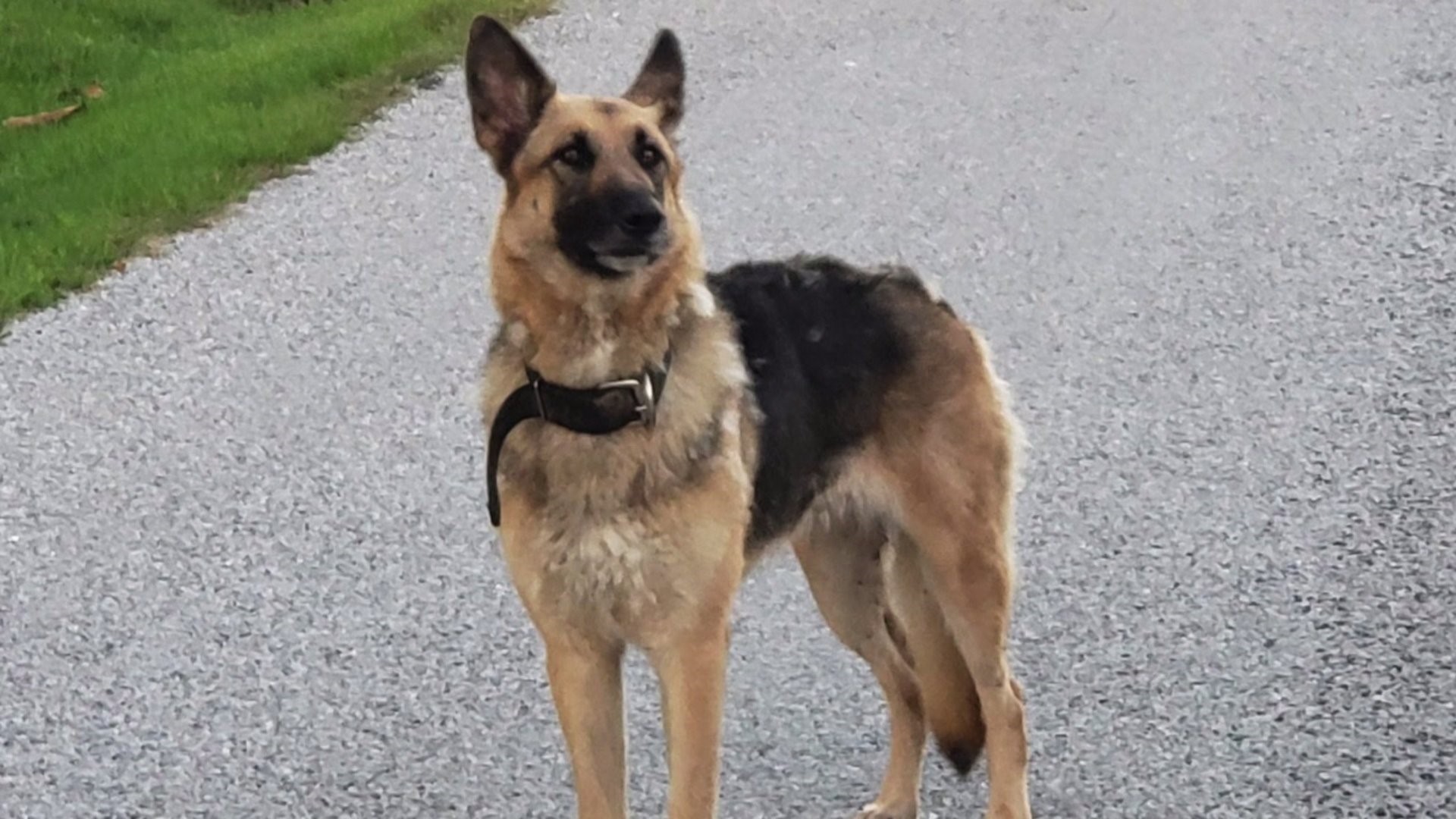 BLUE GRASS, Iowa -- Blue Grass Police are looking for the person they believe ditched a dog on the side of the road with nothing but a bag of dog food.

"We usually get calls about found animals who are just simply lost," said Chief Jahns. "This one was a little different just because I was told that this one was abandoned."

What he thought was a lost dog was actually an abandoned German Shepard left with nothing but a bag of dog food. Chief Jahns said the dog was left on the side of the road, in the middle of a neighborhood, near Mossell Street and Harrison Street.

"It looked like it hadn't eaten in quite awhile," Chief Jahns said.  He said he did not know how long the dog had been left, but guessed it was sometime overnight.

However, finding the dog was only half the problem. Chief Jahns said he and a Scott County Deputy were having trouble capturing the dog, or getting close to the animal because it was skittish.

"It was a good 20 minutes we were watching," said Wilda Smith, a neighbor who watched the officers trying to catch the animal from her home window. "Then a neighbor came out with a ball and was playing ball with the dog and they still couldn't get it."

Chief Jahns said animal control was eventually called. The dog is now being held at the Scott County Humane Society. Shelter staff said the dog is not up for viewing, or up for adoption, as it is technically still being held as a stray.

Once the dog was safe, Chief Jahns took to Facebook to hopefully find the owner and charge them with abandonment.

"The more people we reach, the more information we might be able to get as far as who the original owner of the animal was," Chief Jahns said.

Chief said in Iowa, it is a simple misdemeanor to abandon a cat or dog. He said it is punishable either by citation or jail time.

"(Abandonment) would be a $300 bond if someone were to go to jail for that," Chief Jahns said.

Chief Jahns said the goal, moving forward, is to rehabilitate the dog and "get the dog the love and care that it wants and needs."