The first-ever voice box reconstruction surgery was successfully performed on a two-year-old boy from Tennessee. 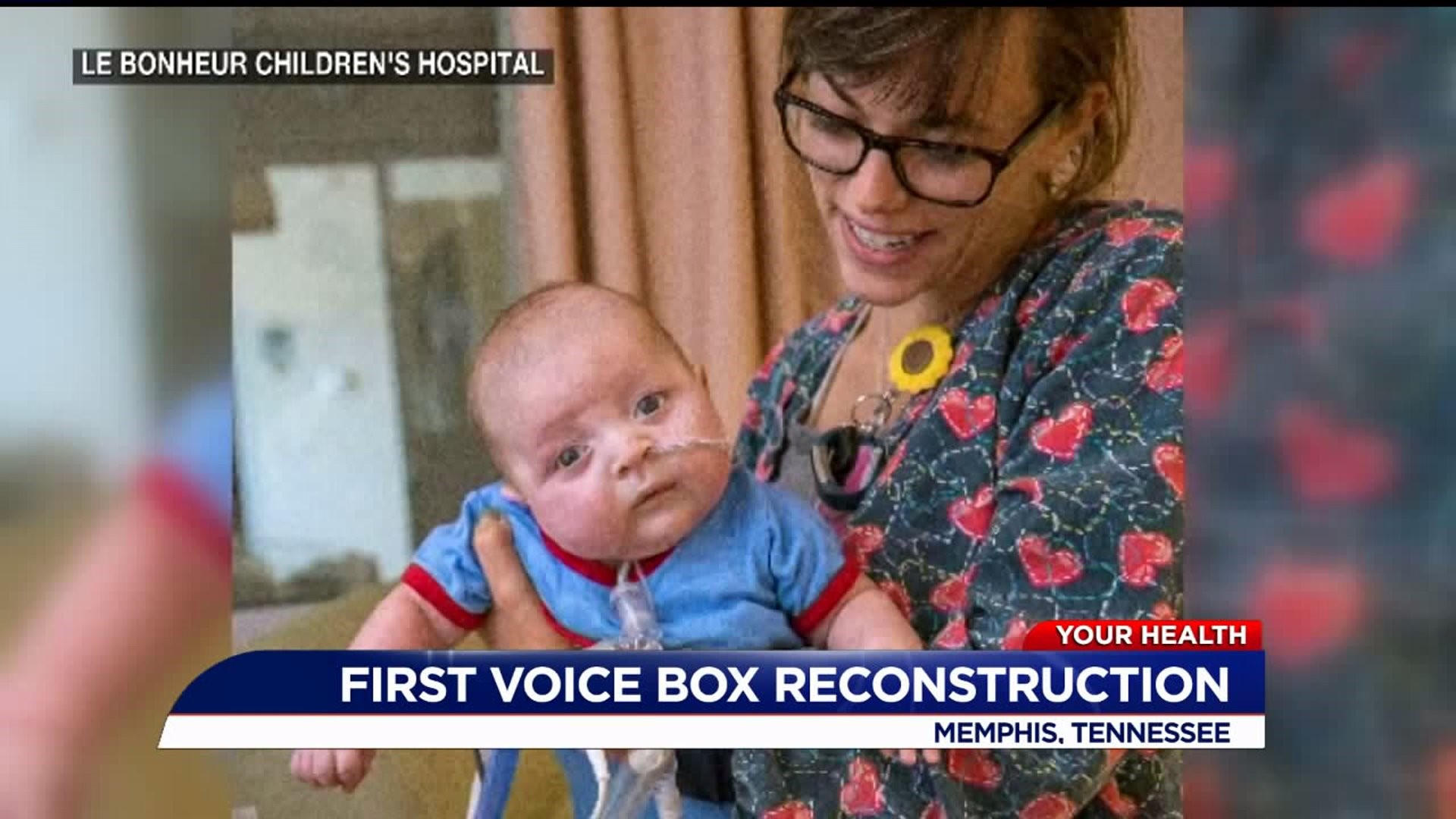 MEMPHIS, Tenn. — Two-year-old Cooper Kilburn was born without a natural way to talk or even breathe. Now, with a doctor's help, he can do both.

Cooper's mom and dad, Brooke and Brad Kilburn, got into a bad car accident when she was 16 weeks pregnant with him. An ultrasound from her doctor in Adamsville, Tennessee revealed something was wrong with Cooper's airway, but her doctor wasn't sure what it was and he sure didn't know how to fix it.

Dr. Jerome Thompson figured out that Cooper had a rare condition that would leave him with no way to talk or breathe once born. He and his team performed a C-section, but they left the umbilical cord attached and implanted a tube in Cooper's throat known as a trach.

With that device and the help of a ventilator, Cooper would be able to breathe, but he still wouldn't have a voice and was still at risk.

"Eight out of every 100 children who are totally trach dependent die," Thompson told WREG.

That's why, two years later, he performed another surgery. Using parts of Cooper's own ribs, the surgeon sculpted a voice box. It was the first time a procedure like that had ever been done.

"We snatched victory from the jaws of defeat," Thompson said.

The new airway means Cooper can eventually learn to talk and breathe without a ventilator. Right now, he only needs that at night. Thompson says he'll always have the trach but he'll be able to do most things, even play sports if he wants.

His parents are grateful.

"One day, Cooper's going to be telling this and we're not going to have to," Brooke Kilburn said.