“I made her a promise that night. If it took the rest of what I had and the rest of my life, I would protect the workers, and I’m not going to stop ... 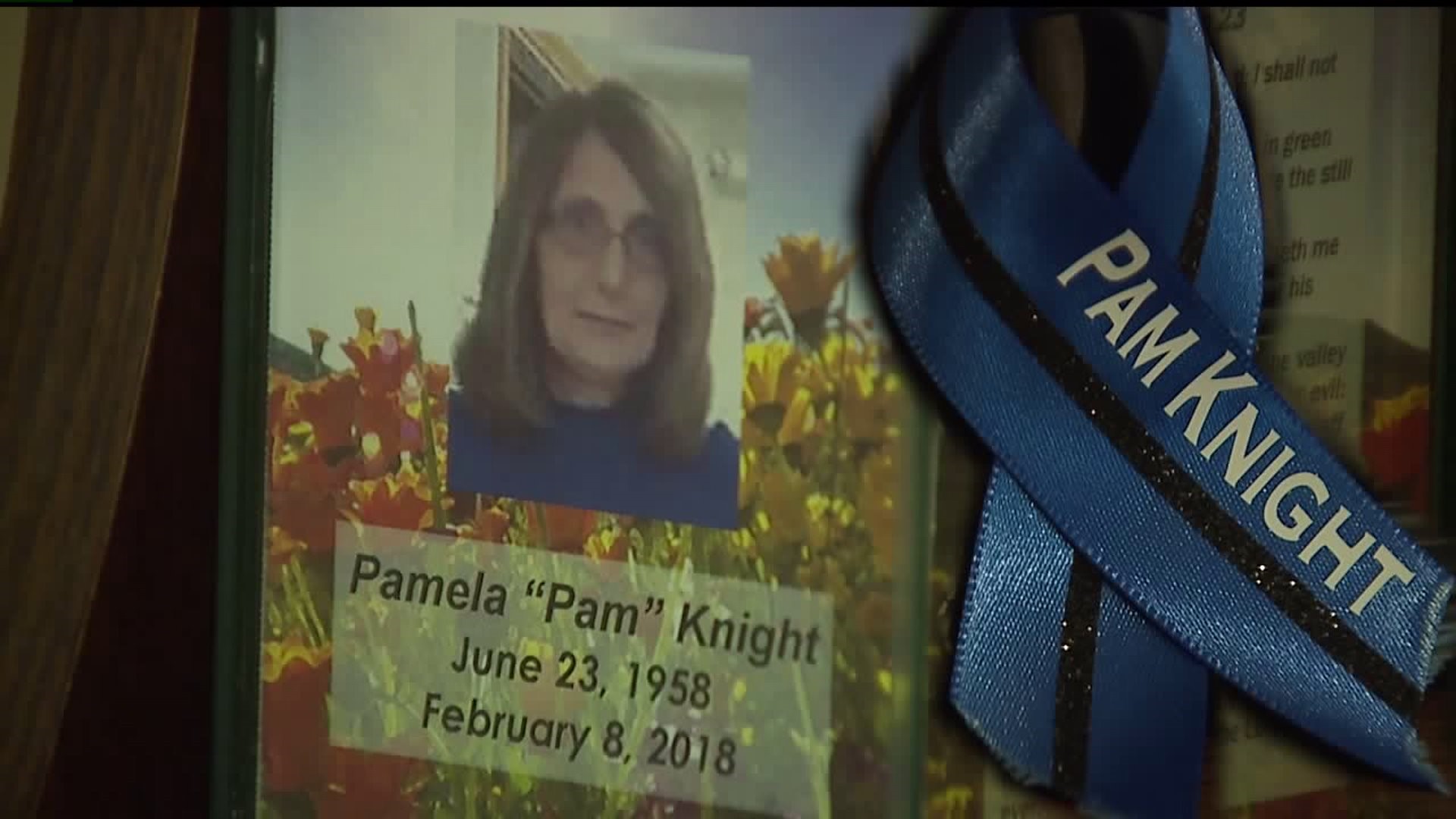 DIXON, Illinois-- A Dixon man says justice was not served after his wife, a DCFS worker, was beaten to death on the job.

Pam Knight was checking on the welfare of a 2-year-old when Sucher hit her, knocked her down to the ground, and then kicked her repeatedly in the head. Pam's husband, Don Knight, says he never had a say in how her killer's case was handled.

Looking back, Don Knight would have wanted things done differently.

"They already plea bargained this before I even knew about this," says Knight.

He wanted a jury to decide the fate of Andrew Sucher, the man who beat his wife to death.

Instead, Sucher took a plea deal and 21 years in prison.

"It's very devastating because it's not even justice," says Knight.

Now Don is dedicating his life to try to keep other Department of Children and Family Services workers safe. Don says workers like Pam are at risk every time they do child welfare checks.

Right now the penalty for someone who harms a DCFS worker like Pam on the job is 2-5 years in prison. Don says that's not enough.

Illinois State Representative Tony McCombie is pushing for a law that would bring harsher penalties for assaulting a DCFS worker.

"To have these workers feel the state doesn't have their back is mind blowing," says McCombie.

McCombie says the sentence handed down last week is proof this change needs to be made.

"They've agreed to a plea because of this loophole," says McCombie.

It's change for the next worker protecting a child. And it's justice for the woman who died doing it.

"I made her a promise that night. If it took the rest of what I had and the rest of my life, I would protect the workers, and I'm not going to stop until I do," says Knight.

This legislative session, Pam's Bill passed in the House but it died in the Senate. McCombie says she'll try to push it through during a veto session in October, and if that doesn't happen, she's ready to start back at square one.

Sucher will serve the next 19 years behind bars. He has already served two of his 21. He also had three felony aggravated battery charges against him. As part of the plea deal, when he gets out, those will be wiped clean.