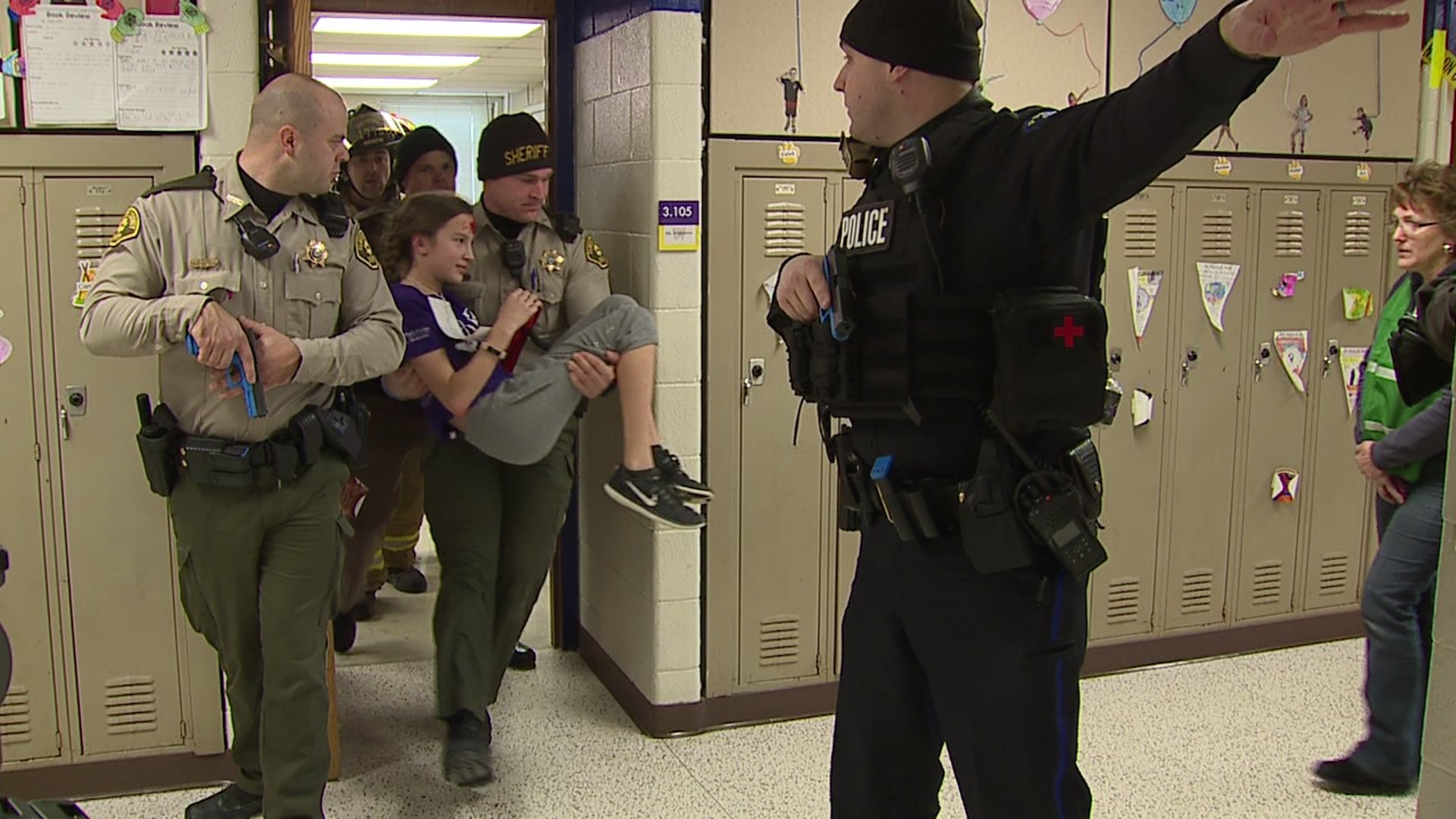 DEWITT, Iowa -- Staff at Ekstrand Elementary School participated in an active shooter drill with the help of some student volunteers.

The drill was held Friday, January 18, 2018, a day that students were scheduled off, leaving the building vacant and ready for preparations

DeWitt first responders from around the area came together to complete the drill. Local police and fire departments were joined with Iowa State Patrol and Clinton County Sheriff's Department. Together they stormed the school to find the mock active shooter. New to this training, Genesis EMTs were on scene to transport mock victims out of the building and into ambulances.

School staff and volunteer students acted as pretend victims. Victims were dressed in torn, bloody clothes and had fake bullet wounds made of makeup and fake blood -- all to simulate a more real, urgent danger.

Superintendent of Central DeWitt Community School District, Dan Peterson, said he and the police department have been planning this drill for more than six months.

"It's crazy that we're dressing kids up with bullet wounds... that we even have to think about it," Peterson said. "But I'd rather have a good plan in place and see it through like this than to not be prepared."

Chief David Porter, with the DeWitt Police Department, said all first responders were trained with one motto in mind: "Stop the bleed, stop the dying."

"The sooner we can get medical personnel into the building safely, to treat the victims, the better survival rate we’re going to have," Chief Porter said.

Chief Porter said by having all responding units come in waves, including fake victims with dramatic wounds and even holding a mock press conference afterward all made the practice more than worth it.

"You can’t beat the training for that. It’s very real," Chief Porter said. He said the drill overall was successful.