The State Fire Marshal will enforce the law through an inspections program and by penalizing homeowners or apartment owners who don’t comply. 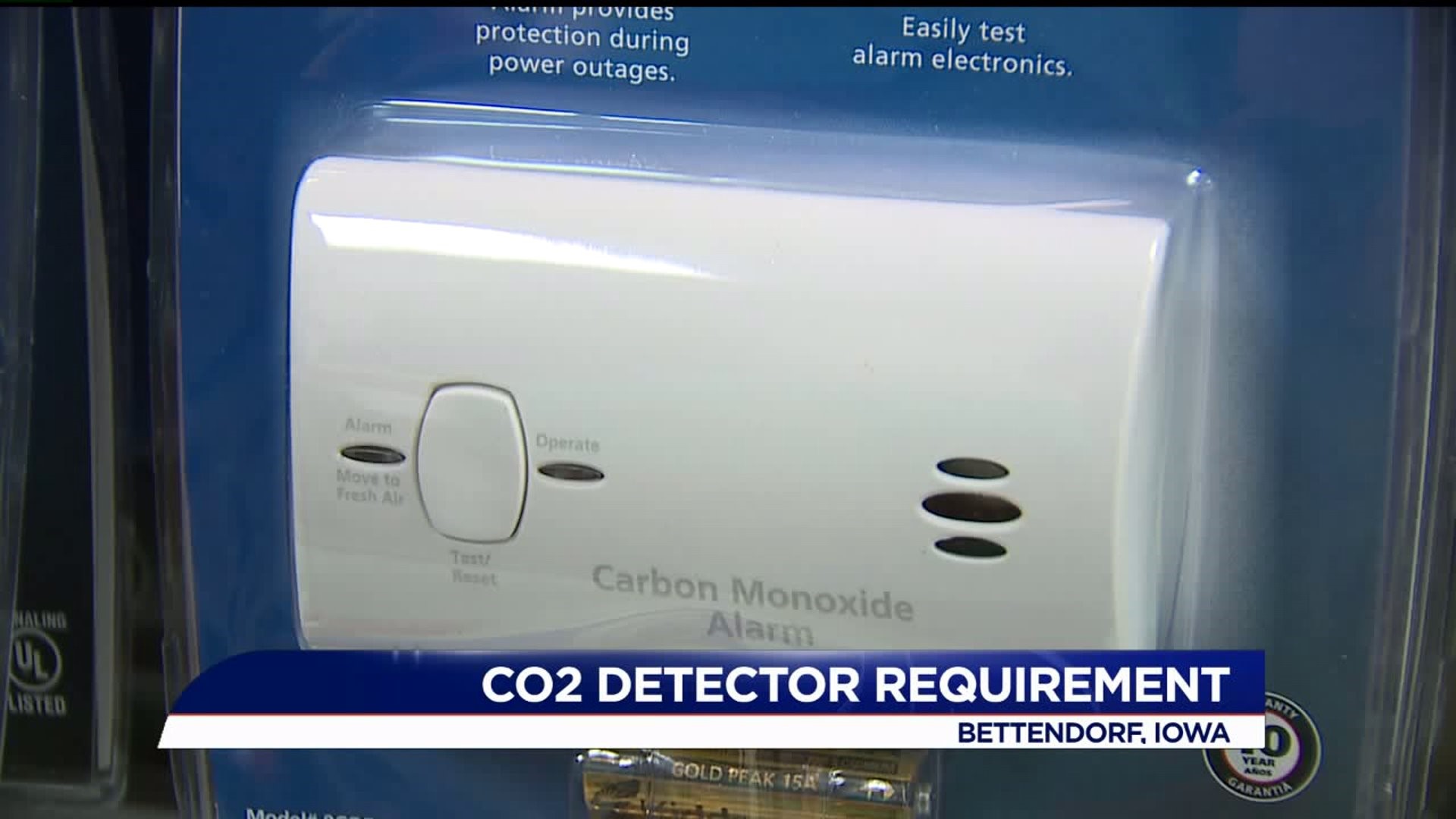 BETTENDORF, Iowa-- A new law goes into effect on July 1, 2018, requiring all Iowa homes and apartments to have carbon monoxide detectors.

Former governor Terry Branstad signed the law back in 2016, giving people a little over two years to install the detectors. Homes and apartments with fuel-burning heaters, fireplaces, gas stoves and garages are required to have CO2 detectors.

In 2015, nearly 400 people died from CO2 poisoning, according to the Center for Disease Control and prevention.

"Really it's not that hard to install," said Jeff Lanum, service manager at Electric Doctor in Bettendorf. "You do have a professional come out. They'll take a look at it. They'll hide the wires. And they can put it (the detector) in the code required places in their home."

This professional installation, called hard-wiring, can cost around $400. You can also buy a battery powered detector or plug-in detector for closer to $50.

The State Fire Marshal will enforce the law through an inspections program.

Carbon monoxide is an odorless gas. It can cause irreversible brain damage and death, according to a press release from the city of Muscatine. Symptoms of carbon monoxide poisoning include headache, weakness, dizziness, nausea or vomiting.

"Carbon monoxide is an invisible killer," Lanum said. "And it's something that you want to be aware of in your home... They (detectors) can really pick up that leak that could be dangerous to yourself."

Lanum said furnaces, gas stoves and hot water heaters can leak the dangerous gas. He added that it's important to be cautious in your garage, where CO2 from a running car can reach dangerous levels if not ventilated well.