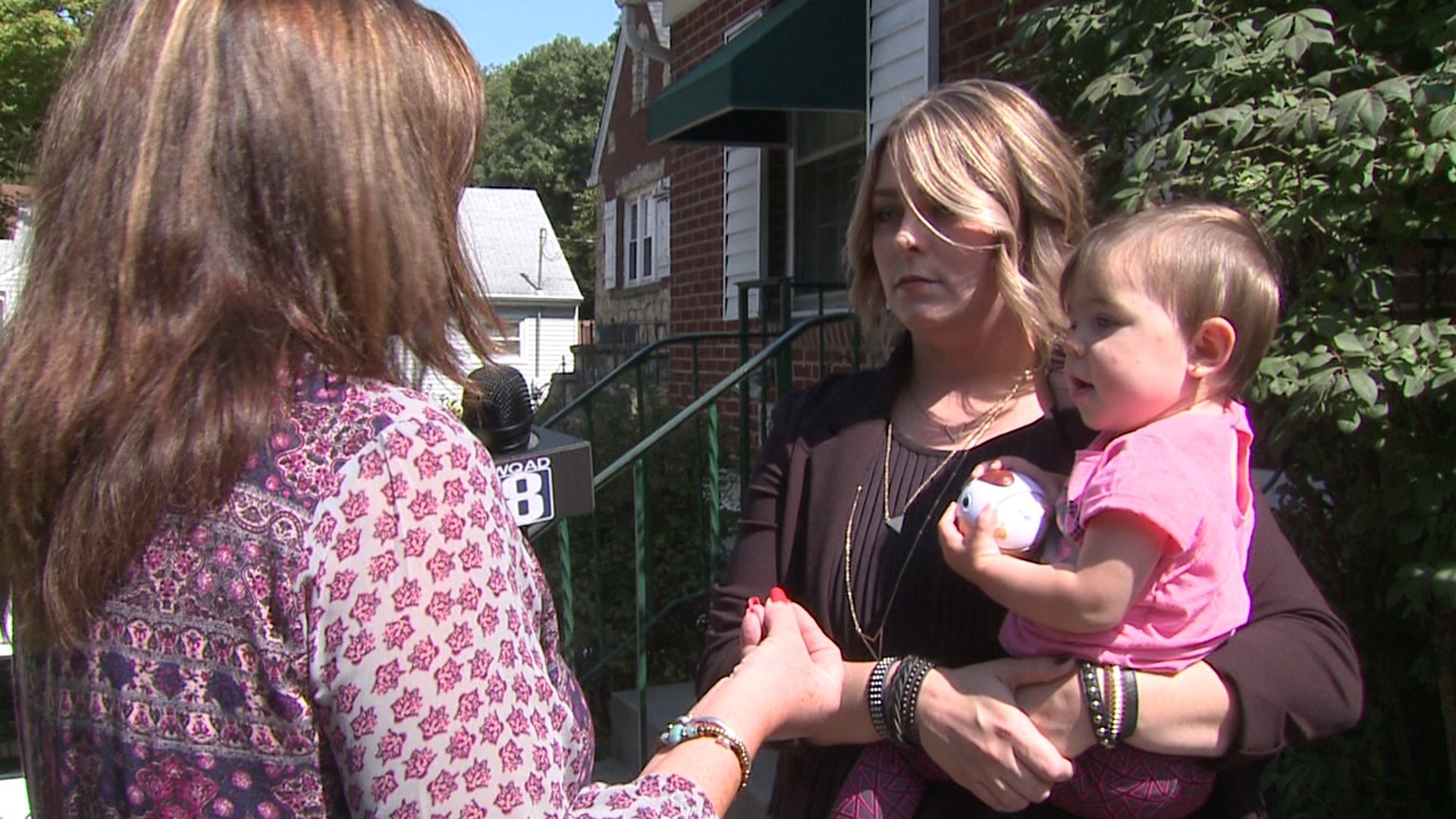 DAVENPORT- A Davenport home daycare was still open for business Wednesday, one day after the owner was charged with five felony counts of child endangerment. But, only one parent showed up with her two children, and only as a show of support for Amy Smith.

"There's no kids here today. Most of the parents said because of her reputation that is being put all over the TV and news, they feel bad. So, they've pulled their kids out of the daycare? Yes," said Chelsea Churchill, who says she is also a friend of Smith.

"She is upset, she's been crying," Churchill said of Smith, who didn't want to be interviewed. "She didn't do it. She's not that type of person, " Churchill said.

The daycare on Jersey Ridge Road was not licensed by the state, and under Iowa law, doesn't have to be.

"The legislature has set up the levels of child care to allow unregistered providers, which means DHS has no oversight of the provider," said Amy McCoy, spokesperson for the Iowa Department of Human Services.

By law, home day cares with five or less children at one time, do not need a license with the state.

"Choosing a registered or licensed provider means the state has some oversight," said McCoy.

Churchill says Smith took care of "7 to 10 children"  on any given week day, but couldn't say how many were at the home at one time.

Smith is accused of fracturing the arm, wrist, leg, and rib of a baby in her care back in April.

Police have said there was an unrelated report of a baby being injured back in November 2015.

"The child received multiple bruises on the face and head, lacerations under her eye, on her mouth ,and on her wrists. The defendant stated the injuries occurred from the child pushing a milk crate across the floor and falling, hitting her eye. The infant was seen by a doctor and the doctor stated this was a child beating and had concerns about it being a non-accidental injury," according to a Davenport Police department affidavit.

Police say a police report was filed in that incident and say DHS was contacted, but no charges were filed.

There is no complaint that can be accessed by the public against Smith on file with DHS.

"If she is not registered there would likely be no records. Police may have been referring to a child abuse allegation. Child abuse information is confidential," said McCoy.