Day Trippin: Visit this hidden gem, made out of gems north of the QC

There are seven different shrines, all with touches of Dickeyville families scattered throughout. 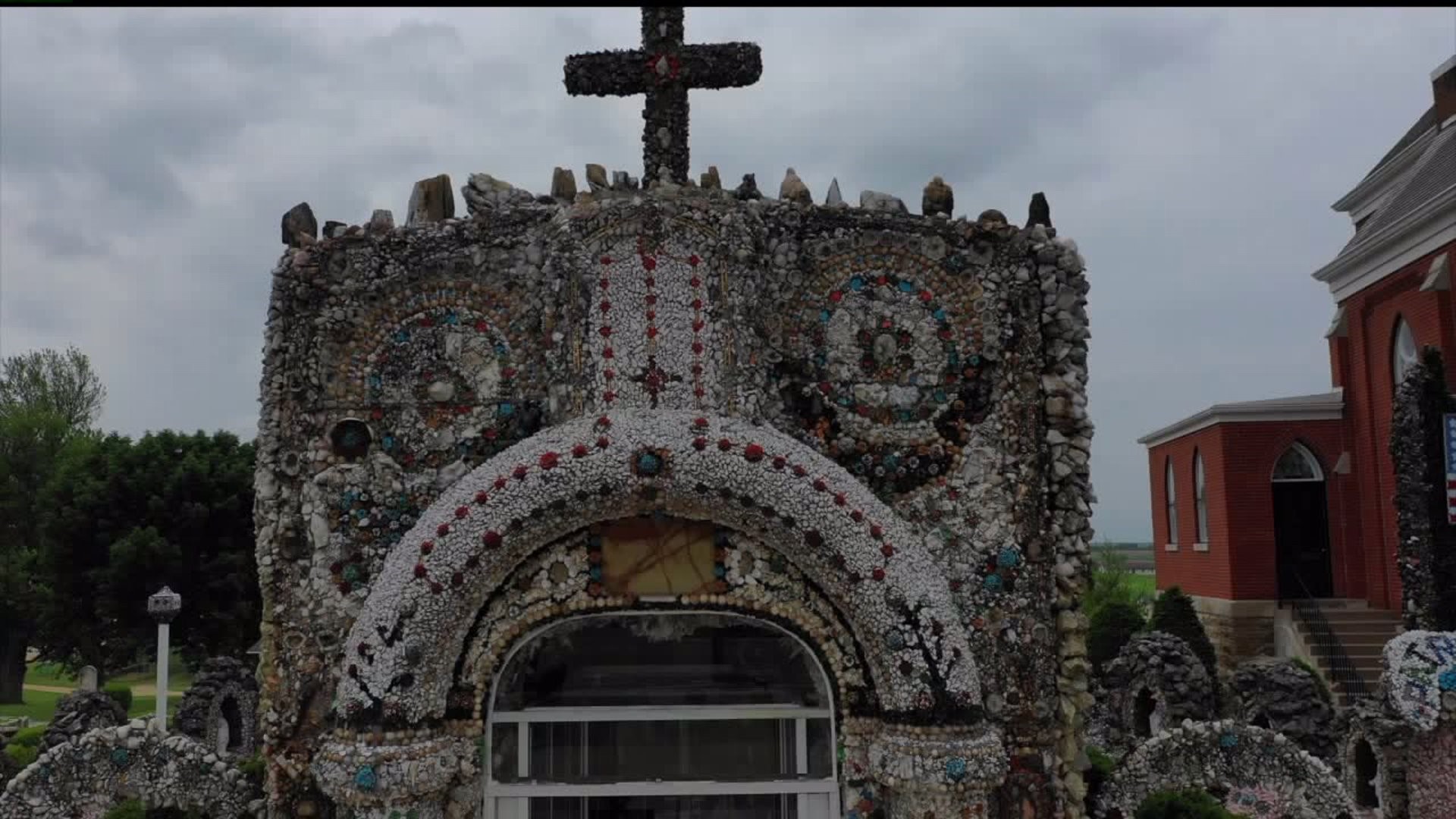 DICKEYVILLE, WISCONSIN  -- Typically construction requires bricks and steel, but not for this monument. It's not too far from the Quad Cities, just a quick trip up North to Dickeyville, Wisconsin.

"It was unexpected," Nick Mataragas said as he passed through Dickeyville on his road trip. "When you see something unexpected, you kind of have to stop and look."

It's an odd and colorful structure that catches the eyes of drivers.

"It's so different, Mataragas said. "It's not something you'd expect. It catches you off guard. I just started walking around and it's amazing all the different rocks and minerals and shells."

It's not your typical building. It's a hidden gem, made out of gems.

"It's got stones from all over," Grotto manager Tammy Kunkel said. "There's pieces of glass, rocks, stalagmites, and stalactites."

The structure is a shrine to Catholicism. It's a grotto built more than 90 years ago, out of pieces of the Earth.

"You just don't see this stuff everywhere," Kunkle said. "Especially not in the little town of Dickeyville."

In 1925, german native, Father Matthias Wernerus began building what is now an historic work of art.

"This was all someone's vision and they used their hands to make it happen," Kunkle said.

There are seven different shrines, all with touches of Dickeyville families scattered throughout.

"A lot of the locals were involved with this," Kunkle said. "You will see broken dishes or whole dishes or tea cups."

Those dishes and tea cups came from the Dickeyville locals who wanted to add pieces of their family into the grotto.

The grotto is rumored to be protecting the town from storms and dangers.

"I always joke that a tornado missed us because of the grotto," Kunkle said. "A lot of people believe that it's protecting us. It's very sound."

The Grotto is still standing, generations later. It is okay to touch the grotto, but rocks and pieces will fall off due to aging.

"It is beautiful," Kunkle said. "It's quit a work of art really. The patience alone that goes into stacking stones and little pieces of glass like this."

The grotto pays tribute to more than just religious history, but also acknowledges American history. There are symbols and statues like The Liberty Bell throughout the grounds.

"You could spend a long time here and still see new things and be amazed," Kunkle said.

After five years of construction, Father Wernerus died. His vision for the grotto was incomplete.

"I think that he wanted to carry on the legacy," Kunkle said.

Two more shrines were constructed and finished by fellow fathers and the town of Dickeyville.

"It kind of shows you how important this was to everyone involved, that they wanted to see it completed," Kunkle said.

"It's almost like a massive mosaic," Mataragas said. "It's not traditionally pretty. It's pretty because of all the thought and work that's put into it."