Day Trippin: a flooded cave tour with a twist 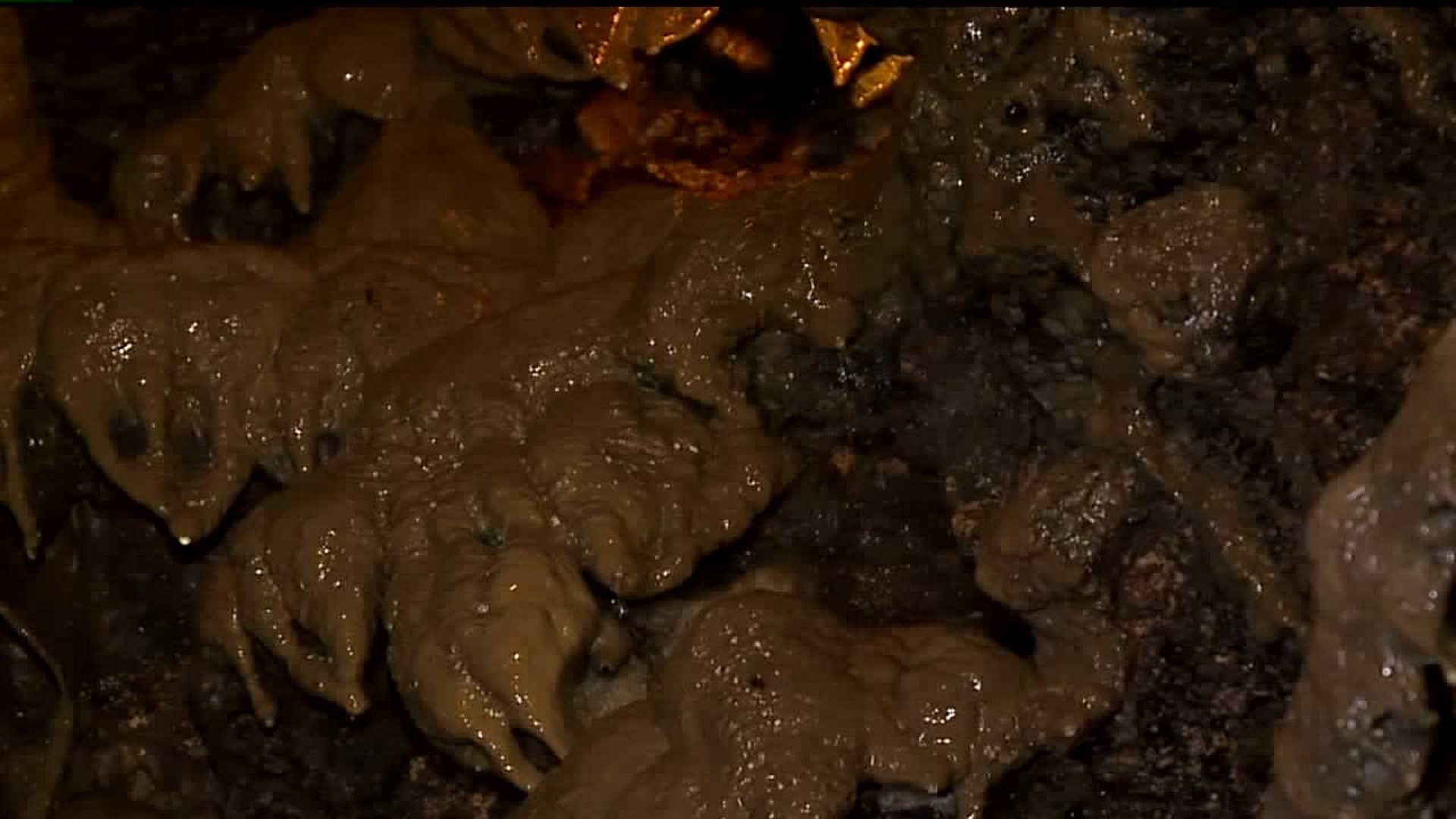 MCGREGOR, IOWA  --  There are many natural wonders in Iowa, but some secret spots aren't visible to the eye.

One is not too far from the Quad Cities, it's just a quick day trip up north to McGregor, Iowa.

When you enter the dark cavern known as Spook Cave, it's not on foot. The cave is flooded.

"This cave naturally does have water flowing through it quite a bit," Spook Cave tour guide Saysha Schoulte said. "if we were to capsize the boat, feel free to get back up and inside the boat carefully."

"We've never been on a cave boat tour," visitor Sandra Kolar said. "We've been on cave tours, but never boat ones."

Staff and visitors say the cave is haunted.

"I'd like to put my two cents in, yes it is haunted," Schoulte said. "Every time somebody would walk by, they would hear spooky and scary noises coming from it."

At points, the 2,700 year old cave is 120 ft below surface. It was discovered in 1953 by Gerald Milke. He explored and excavated, evening creating a door in the cave roof.

"The door is to bring down his John Deere tractor and his wagon using a pulley system to dig out all the electrical wiring," Schoulte said.

"This room is about 45 feet tall and 110 feet long," Schoulte said. "The largest formation here at Spoke Cave that you will see is what we call the frozen waterfall."

"The part of the discovery always fascinates me about a cave," Kolar said.

"Stalagmites grow from the ground up every 300 years," Schoulte said.

Rock formations are not all you will find inside the cave.

"There is a part of the cave where some people feel  haunted or a presence, so just in case say good afternoon to Mrs.Loving," Schoulte said. "It's just one of those things, if you believe in ghosts, you'll think it's haunted like I do."

Not all employees agree with Schoulte though, some saying they don't believe the flooded cave is haunted.

The land is more than underground cave tours, it's also an 80 acre campground.

"There's a little waterfall tour of Iowa, so people like to come look at our waterfall when you enter the Campground," owner Paul Rasmussen said.

Chasing waterfalls, fishing, swimming, and hiking are all on the agenda at this rural Iowa campground.

"We have a full service campground with seasonal sites and overnight sites," Rasmussen said. "It's a fun time to get out in nature and hangout to relax."

Rasmussen said that the flooded cave tour is the most popular attraction on the campground.

But, word of warning, watch your head and watch your back. Your bound to get spooked on this tour.

It's the highest point in Iowa. There is a 500 ft bluff that overlooks the Mississippi River.