Candidates were asked about the gender wage gap, access to affordable housing, and what can be done to curb gun violence. 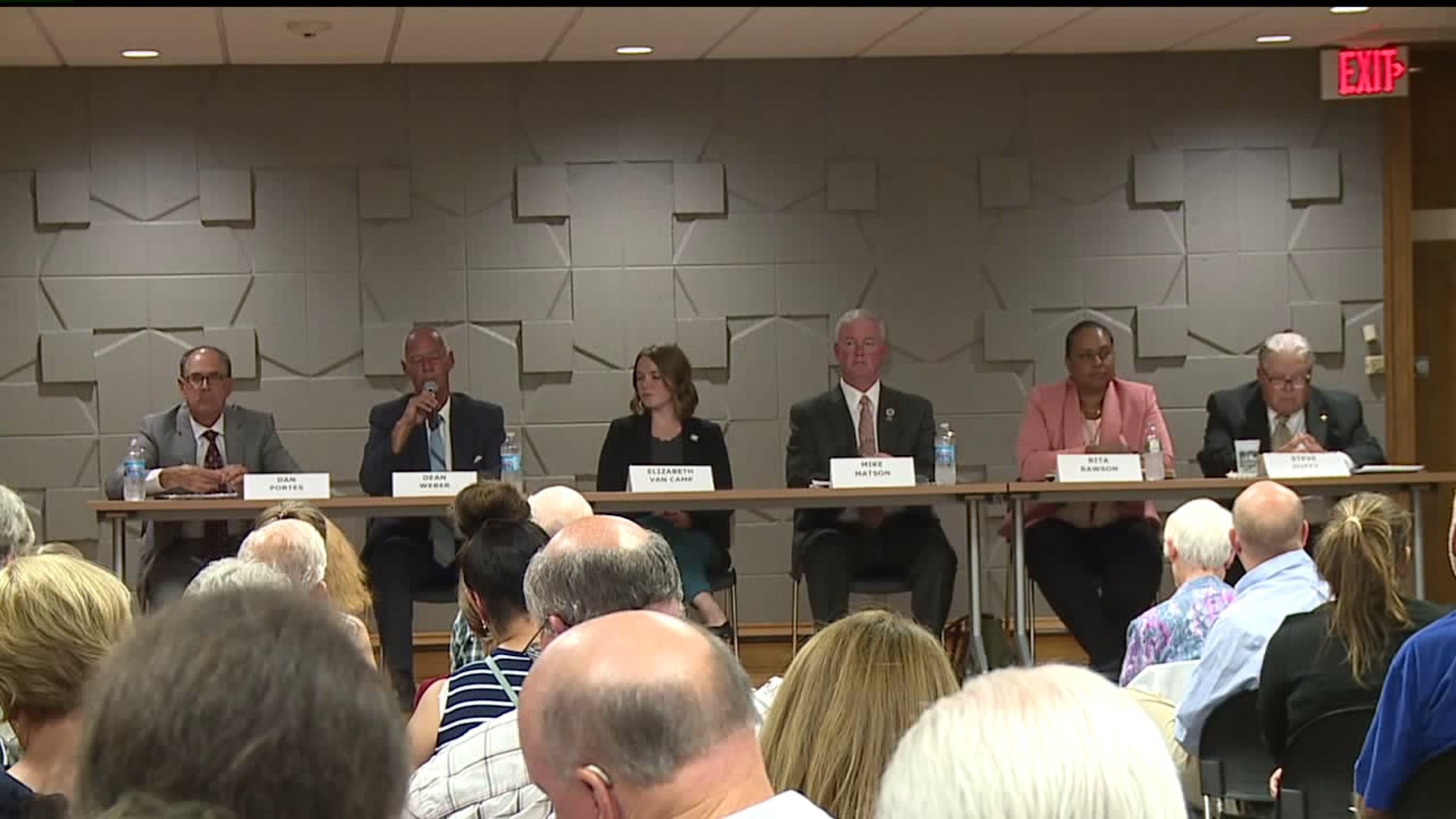 DAVENPORT, Iowa - Six candidates hoping to become the next mayor of Davenport spoke before a packed room at the Downtown Davenport Public Library on September 10.

There was standing room only during the first mayoral debate. The debate was hosted by Iowa Women United and several other area organizations that focus on the fight for women's rights.

Candidates were asked about the gender wage gap, access to affordable housing, and what can be done to curb gun violence.

"When we exclude women and other marginalized groups from the decision making  table, we perpetuate the pay gap," said candidate Elizabeth Van Camp.

Each candidate agreed that it should be a priority to encourage policy that can help close the wage gap.

Candidate Dean Weber recognized the challenges in getting private businesses to change their pay structures.

"As far as us trying to make someone else pay wages, some company that moves in here or not, I don’t know how we would do that on a council . But, as far as I’m concerned women should definitely be paid just as much as men," said Weber.

On the topic of affordable housing, candidate Rita Rawson, who said she grew up in subsidized housing, was passionate.

"Of the basic necessities, clothes, food and housing, everybody should have access to all three," Rawson said.

Each candidate agreeing that access to affordable housing in all areas of the City of Davenport is an issue that needs to be addressed.

Gun violence was also discussed. Candidate Dan Portes received applause when suggesting a policy that he believes could work to help curb gun violence in Davenport.

Alderman Mike Matson, who is also running for mayor, pointed to billboard campaigns and investments made into the investigations of gun crimes as an opportunity to continue to work towards fighting gun violence.

"We’ll continue to focus on gun safety and every technology, every tool we can come up with and catch these folks to ensure that if you commit a gun crime, or any crime, in the City of Davenport, you’re going to be held accountable," Matson said.

Another debate will be held on September 27th. The primary election is October 8th. The general election is on November 5th.