The outside signage of Davenport’s Adler Theatre is now a national award-winner. 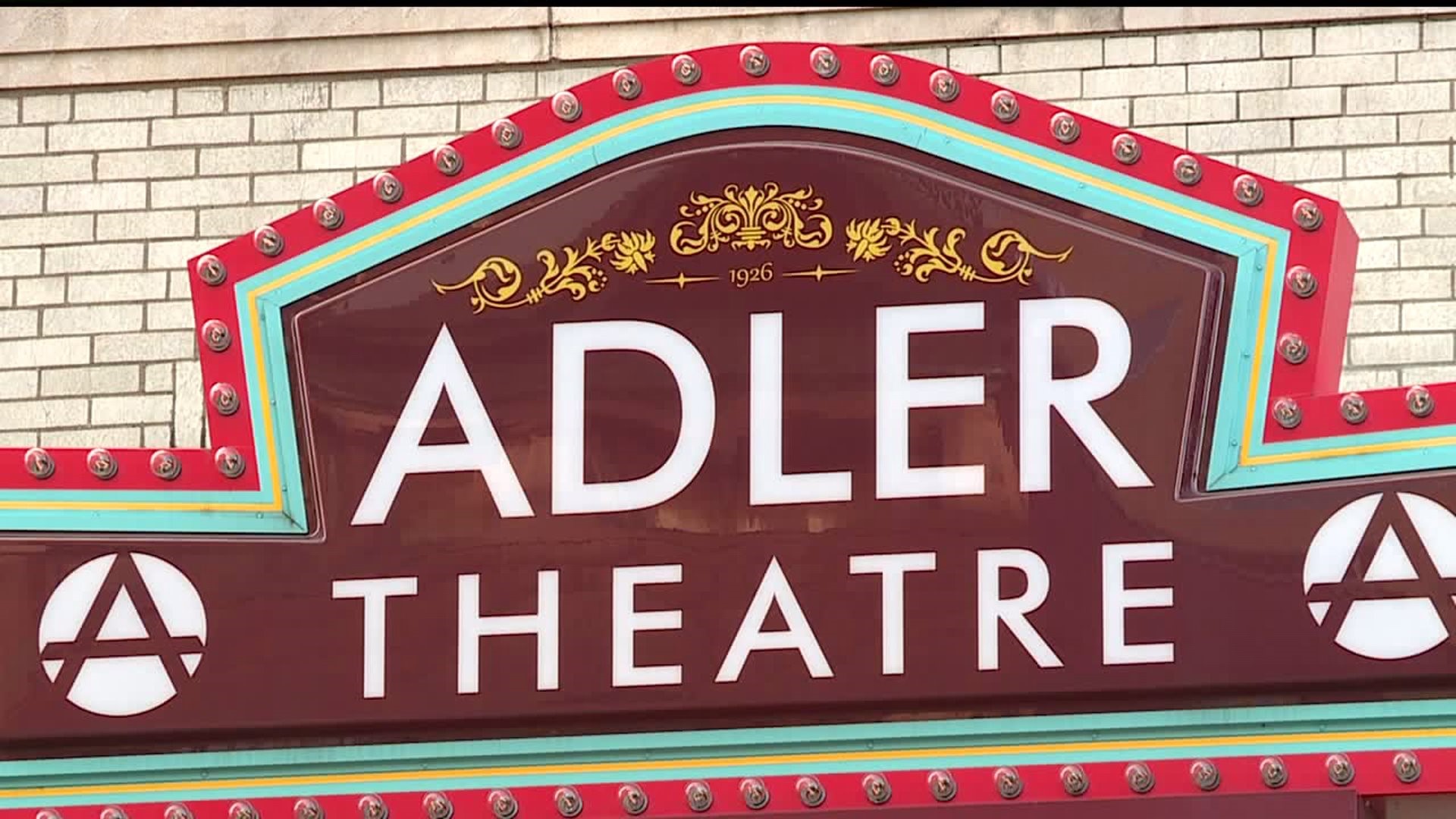 DAVENPORT, Iowa -- The Adler Theatre has been recognized nationally and won a second place award for an unusual, if easily-seen, reason.

According to a post from the City of Davenport, the theatre's new marquee, a 2018 installation, received a second place award in the 2019 Signshop competition held by Sign of the Times magazine, a resource for the sign industry. The award was for the category of "Best Original Design and Fabrication, Illuminated by a large shop" category.

The marquee is a modern update of its original design when the theatre first opened in 1931. The city worked with the Ohio design business Wagner Electric Sign Company to renew the original design with electronic message boards, LED lights, and an Art Deco-era aesthetic that matches the theatre's interior colors.