A Davenport woman was found dead Saturday morning with no apparent cause. 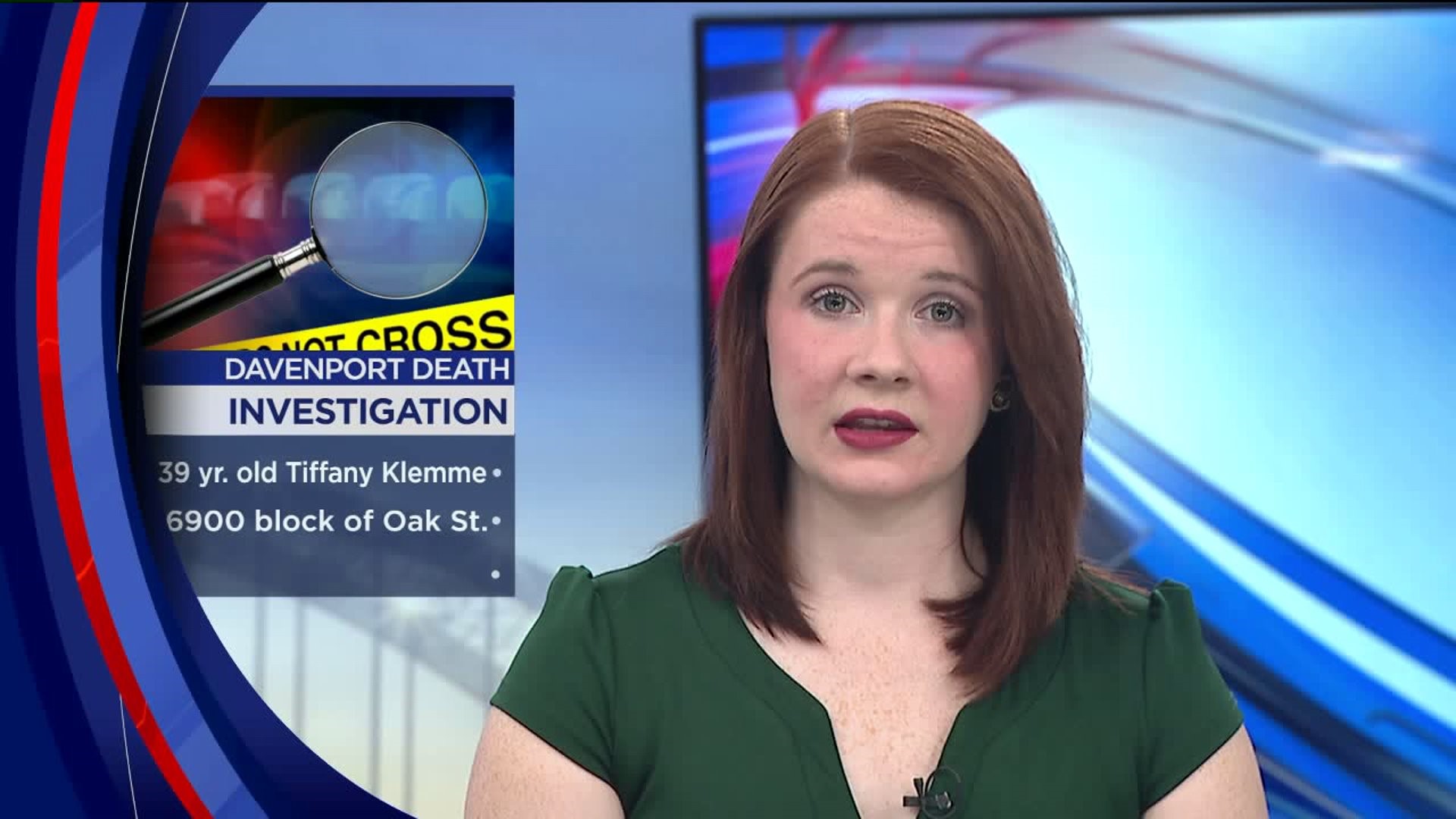 DAVENPORT, Iowa -- A woman was found dead in a home in northwest Davenport on Saturday morning, July 27.

Davenport police officers were called to a home in the 6900 block of Oak Street a little after 7:30 a.m. responding to a call reporting an unresponsive woman. She was was pronounced dead at the scene.

On Sunday, July 28th, a Davenport Police Department press release identified the woman as 39-year-old Davenport resident Tiffany Klemme. The cause of death has still yet to be released.

According to an arrest affidavit, her husband, Casey Randall Klemme, had been arrested Friday night on a domestic abuse charge.  Police were called to the home before 10:30 p.m. that night where Casey was reportedly saying he was "going to choke the victim."

Investigators said the two had been married for 20 years and were arguing over a cheating accusation.  Casey admitted he grabbed and pushed the victim but said he didn't physically hurt her.

Police said the victim had bruising on her eye, a bloody nose, and a cut on her foot.  At the time she refused medical attention and did not want to report her injuries.

Davenport Police are investigating the incident. News 8 will follow the story and update as information is released.