The first traveling exhibit to showcase Major League Baseball memorabilia will make six stops during the 2016 baseball season, and the very first stop is in Dav... 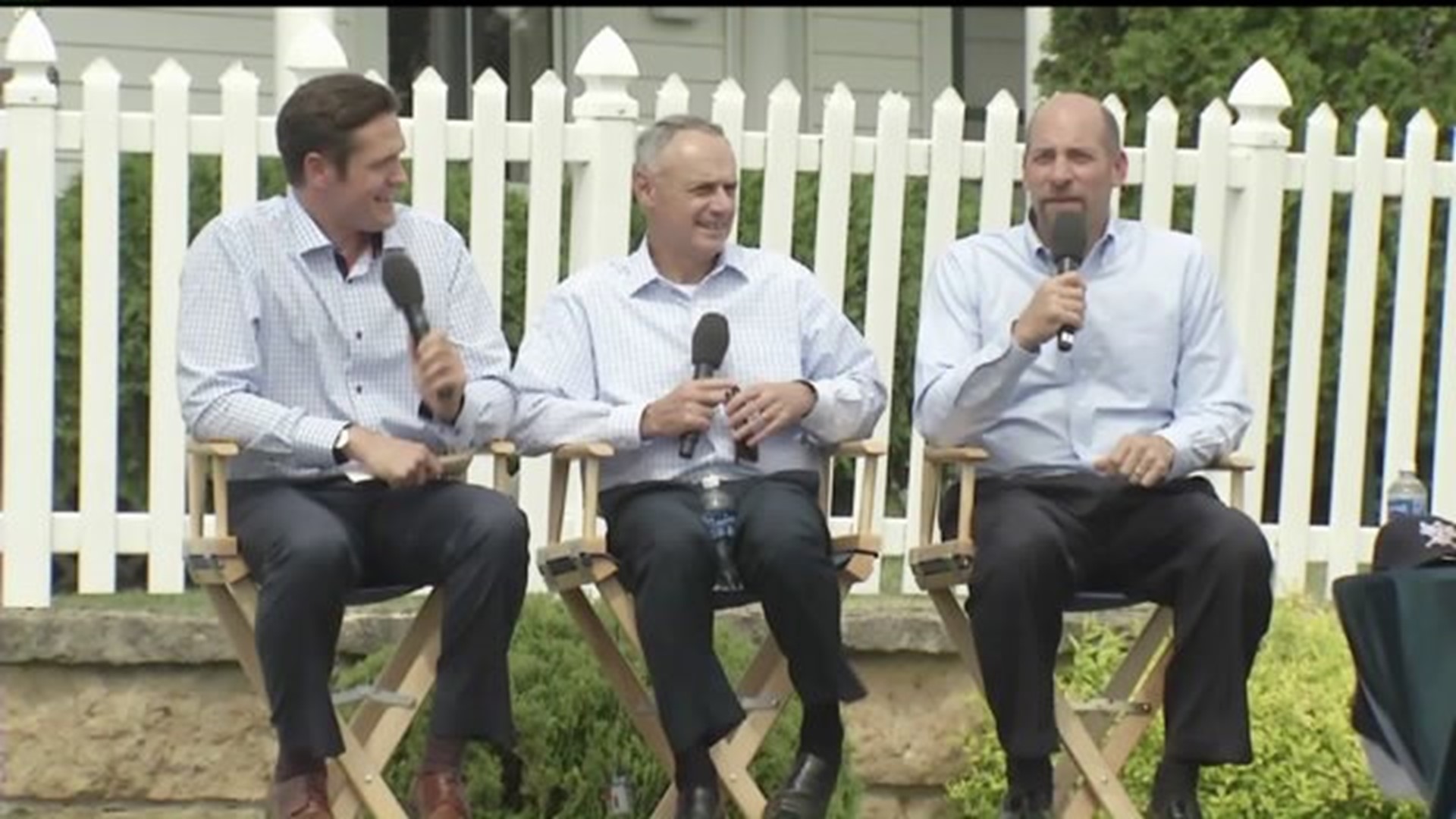 DYERSVILLE, Iowa - The first traveling exhibit to showcase Major League Baseball memorabilia will make six stops during the 2016 baseball season, and the very first stop is in Davenport, Iowa.

Before 2016, the national Baseball Hall of Fame has never taken its show on the road.

The tour, called “We Are Baseball,” was announced by MLB Commissioner Rob Manfred in Dyersville, Iowa on Thursday, May 26, 2016.  The exhibit will feature a new IMAX movie about the past, present and future of baseball; plus artifacts from some of the most memorable moments in baseball, according to a post from Major League Baseball.

“Many of the game's most iconic artifacts will be with the Tour, including the bat used by Bobby Thomson when he hit the ‘Shot Heard 'Round the World’ walk-off home run in the 1951 regular-season playoff; the glove worn by Willie Mays when he made the famous catch in Game 1 of the '54 World Series; the trophy given to Ty Cobb for his '11 season, when he led the league with a .420 batting average; Babe Ruth's No. 714 home run ball; and the jersey worn by Roberto Clemente during his final season in 1972,” the post said.

Interactive games, hands-on and touch-screen exhibits, selfie backdrops will be part of the fun.

The Davenport stop was set for July 3 through 10 at Modern Woodmen Park; then it goes to Miller Park in Milwaukee from July 15 to 31, Kauffman Stadium in Kansas City from August 5 to 21, Busch Stadium in St. Louis from August 26 to September 1, Mall of America in Minneapolis from September 16 to 29, and at the Las Vegas Convention Center from October 7 to 23.

“It will make stops in hundreds of other cities in the coming years,” the Yahoo Sports report said.

For more info and to get tickets, click here.