River Vision will drastically change the riverfront to keep the Mississippi at bay. 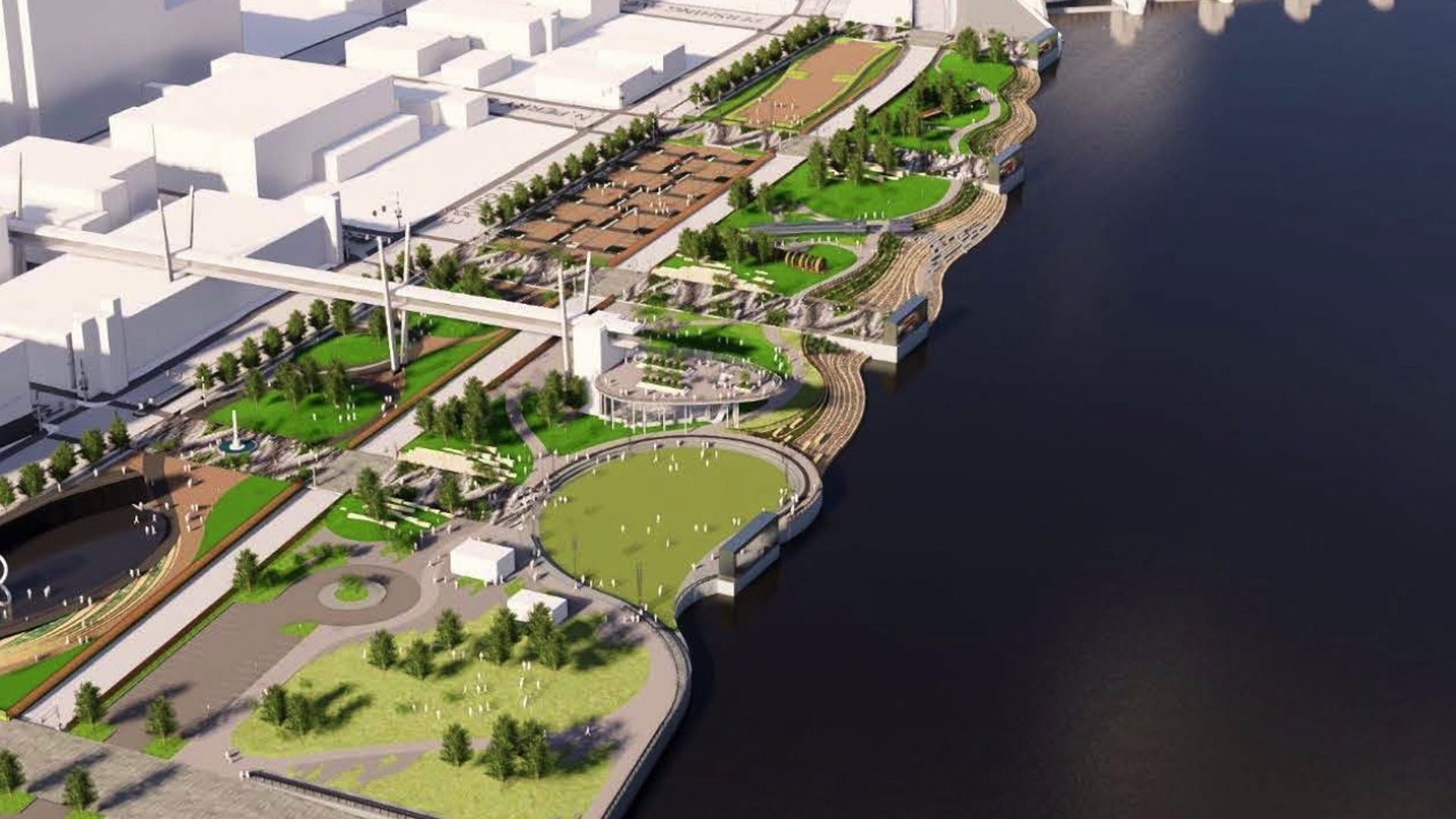 DAVENPORT, Iowa-- The City of Davenport says it plans to move forward with an open, usable riverfront despite the spring's flooding.

River Vision is a plan for the riverfront created by the Downtown Davenport Partnership and Figge Museum. It includes creating greenspaces and playgrounds along the riverfront and could actually help keep water out of downtown during a flood.

"The idea is we design the riverfront to live with the river and avoid the flood," Davenport Alderman Kyle Gripp says. "I would just point to a lot of other riverfronts in the United States, especially in bigger cities, who have made this investment. They've built these parks to flood."

River Vision will drastically change the riverfront to keep the Mississippi at bay. Much of the area would be raised to be dry at a 23-24 foot flood. That's about the height at the base of the sky bridge, which remained dry throughout this spring's flooding.

"We have always known that it's going to flood and it was designed in the first place to manage that," the executive director says.

Carter says flood recovery has put this vision on the back burner, but Alderman Gripp says it could start moving forward toward the end of the year.

"The plan has to be modified to fit the elevation of the railroad tracks now, and it also has to incorporate whatever the mayor's flood task force comes up with in terms of flood protection downtown," he says.

Carter says River Vision will reshape the riverfront over many years but the Mississippi River will be on their mind every step of the way.