With our country’s figurehead on her team and her persuasive vocabulary as a tool, this letter is only the beginning for this pint sized go getter. 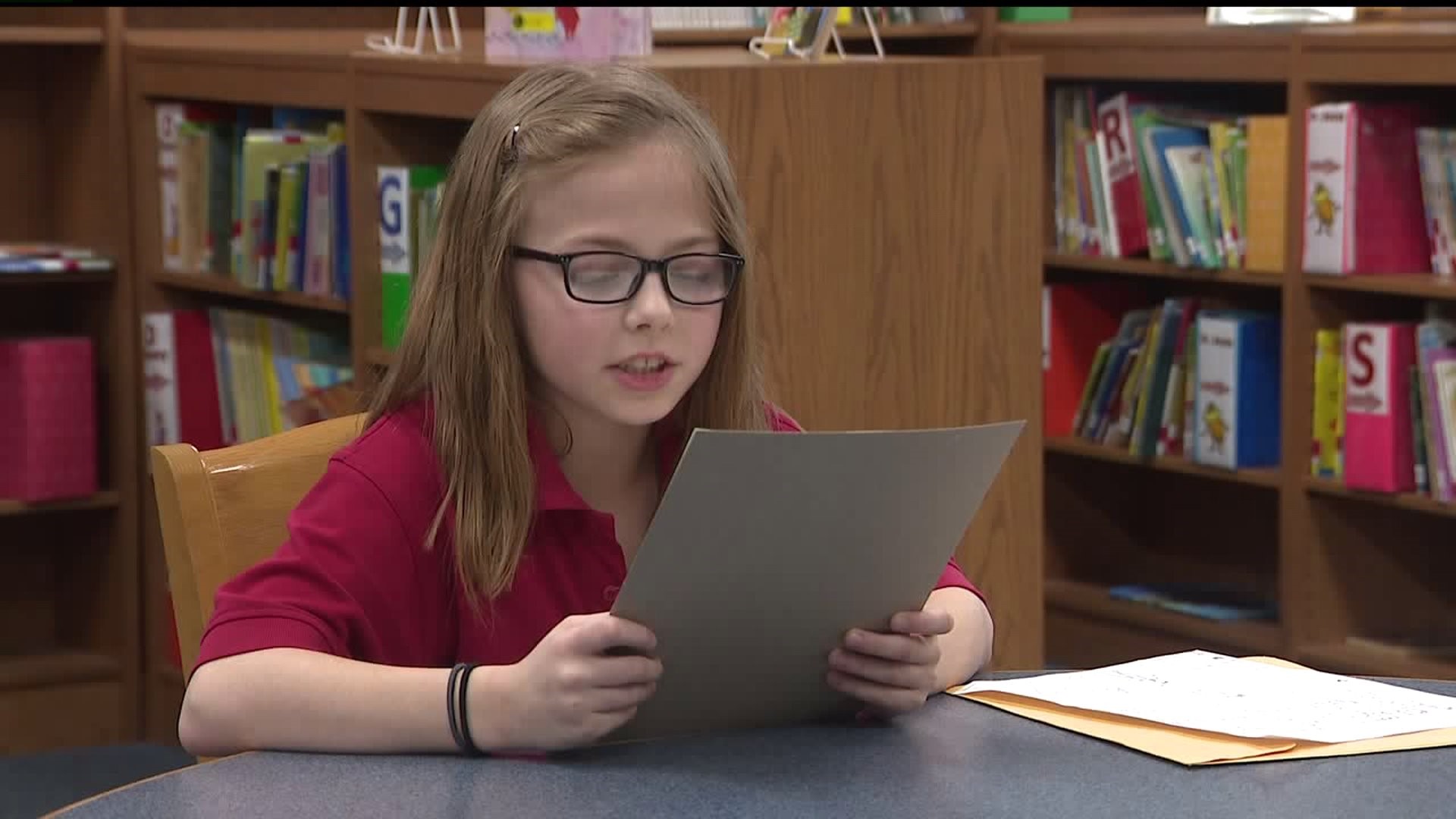 DAVENPORT--  A second grader from John F. Kennedy Catholic School in Davenport is so inspired to make change in her community, she enlisted President Donald Trump to help. Eight-year-old Ellie Valleroy shows us no idea or person is too small to make change happen.

It was a second grade lesson in vocabulary that turned into an opportunity Valleroy couldn't pass up. Mrs. Angie Maxwell's class was working on writing letters.

"Our teacher said we could write to anyone we want," says Ellie.

"One of them sent a letter to the principal. He replied back. Some wrote to their parents.

"I wrote Donald Trump. I thought it would be really fun because he's the president, and it was," explains Ellie.

Ellie took her request straight to the White House asking the President to help people who are homeless in her community.

"I feel like since we had that big snow storm that they would freeze outside because it's so cold, and I felt that would be bad, so I want Donald Trump to help," says Ellie. " I want them to get married and have kids and have a good life. I want to help them really bad."

And then, the Commander in Chief himself took his opportunity to listen. He actually replied.

"Dear Ellie, I appreciate you taking the time to write and share your suggestions with me. Mrs. Trump and I are inspired by young people like you who are paying close attention to issues facing our Nation and are trying to find solutions to our most critical challenges. As your president, I want you to know I am listening and will always work hard for you. I encourage you to do your best in school," President Trump writes.

With our country's figurehead on her team and her persuasive vocabulary as a tool, this letter is only the beginning for this pint sized go getter.

"I want to have a food charity for the homeless. And they can come to it. It would be a place where homeless would come and we would give them sleeping bags and pillows, and they could get some food," says Ellie.

Ellie is ready to use the letter as motivation to make change happen.