The superintendent was asked about his plans to continue the fight against disproportionality in schools. 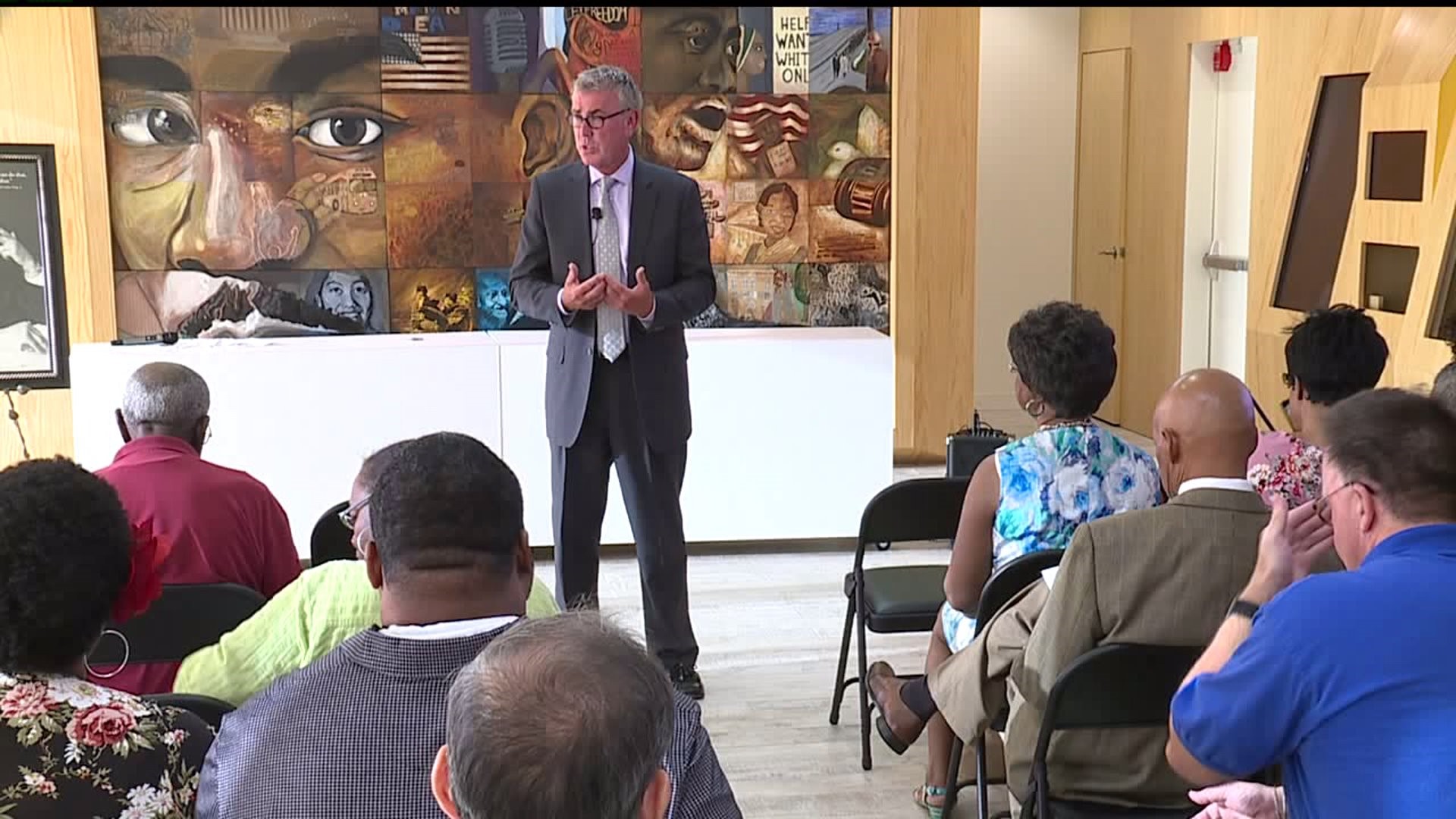 DAVENPORT, Iowa - The new superintendent of the Davenport Community School District met with Davenport's Friends of MLK on September 11.

The non-profit organization offered one of the first opportunities for members of the black community to come together and question him about his plans to fight disproportionality and inequality in Davenport schools.

Friends of MLK is an organization that focuses on fostering a community that encourages practicing civil and human rights for all races, genders and creeds.

Members asked Dr. Robert Kobylski to visit as an opportunity to express their desire in having a strong relationship going forward.

The visit comes during a time when the district is bouncing back from issues found during an audit last year.

The audit found that students of color were more likely to be suspended, expelled, or put into special education programs.

The district worked aggressively to correct those issues, but Dr. Kobylski said his work is not done.

At Wednesday night's meet and greet, parents and leaders in the black community asked for specifics on how the issues will continue to be addressed in the future.

Dr. Kobylski said he is working to lead a culture shift in schools.

"It's no secret that the system has gone through some head-winds recently," said Kobylski. "But, we need a legion of believers in our school system that is going to help turn things around and if we get individuals that are willing to be a part of the solutions that we have on the table and be supportive of those solutions we are going to get to our goal much quicker with that process."

His goal is to change the mindset and expectations of staff and to train his teams to better understand different cultures.

He says it is important to him to make sure all students feel welcome and at home while at school.