A temporary flood barrier was being put back up along River Drive in Davenport. 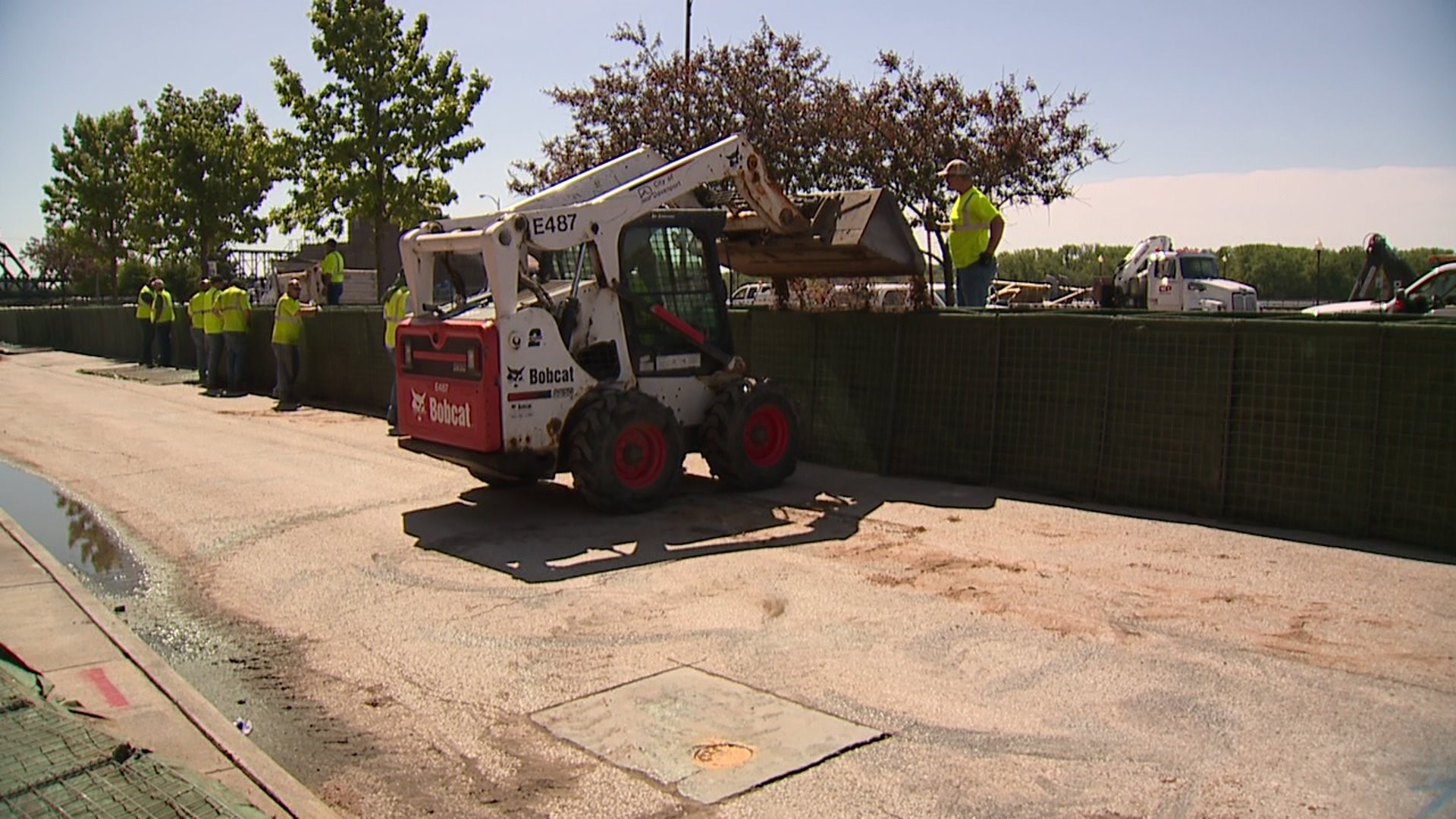 DAVENPORT, Iowa -- A temporary flood barrier was being put back up along River Drive in Davenport.

Crews began installing the barriers Thursday morning, May 23, in response to the latest forecast from the National Weather Service, the City of Davenport's Public Works department said in  a statement.

"The National Weather Service has high confidence the river will re-rise to 18.5 FT in the coming days. It is also possible the river will reach 21.5 FT next week. In response to predicted levels, the City has begun installing the temporary flood wall on River Dr between Bechtel Park and Perry," it read.

Two rows of barriers were being placed along River Drive from Iowa Street to Perry Street.  Crews said they were working to fill both rows, four feet high, by Thursday night. On Friday, they would be stacking another three feet of barriers on top, raising to Hesco barrier to 25 feet overall.

River levels of 18 feet would hit the bottom of the barrier, crews said.

Workers took this portion of the barrier down on May 15.

The installation Thursday is at the same place where the Mississippi River breached the previous barrier, spilling water into a portion of downtown Davenport.  At that point there was only a single line of barriers.

Click here to monitor river levels in your area.