Public workers and their supporters rallied in Davenport against a bill that would limit union contract negotiations. 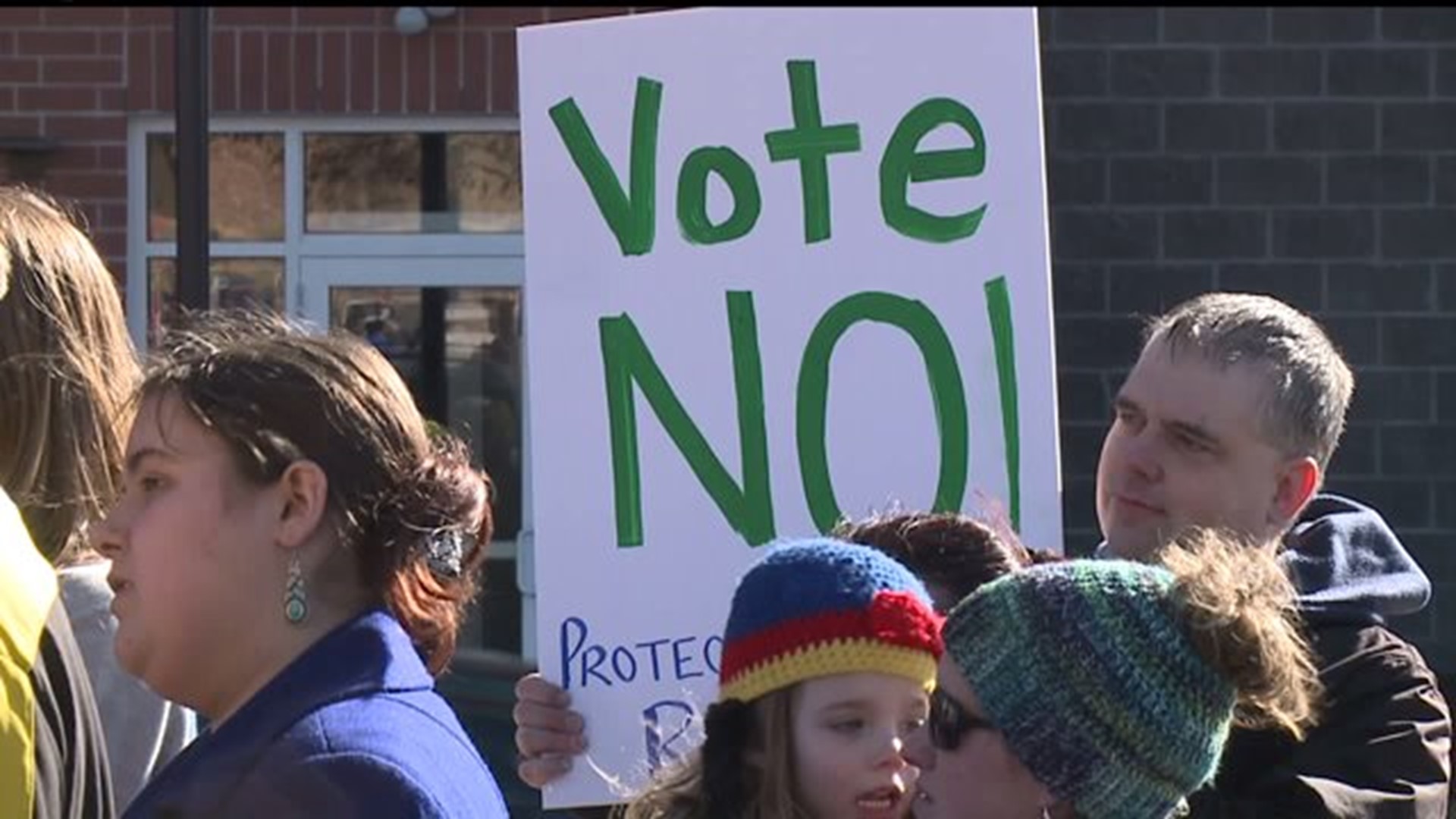 DAVENPORT, Iowa - A hearing on an Iowa bill that limits union contract negotiations is set for Monday February 13th.

In anticipation of the hearing, on Sunday February 12th, nearly 200 public workers and their supporters came together in Davenport to speak out against it.

"The fear is that teachers will no longer be able to live in the middle class, school days will be longer, no one will see it as a career, people will teach until their worn out," said Dan Flaherty, Teacher at Davenport Central High School.

Under the republican proposal, negotiations would no longer be allowed on health insurance, vacation time, and working conditions.

"This bill is a major attack on collective bargaining for our public employees and in Iowa, there are approximately 150,000 public employees," said Monica Kurth, Iowa House Representative.

However, Iowa Governor Terry Branstad said the changes are necessary to control health care costs passed on to taxpayers.

"Taxpayers are on the hook for over $22,000 for those employees with family coverage, this is wrong," said Governor Branstad.

Public workers and their supporters hope that speaking out will make an impact on the hearing.

"We're hoping that it will have an influence on the general assembly and that it will not pass through the house and the senate," said Kurth.