An 8-month old puppy gets second chance at life after being euthanized. 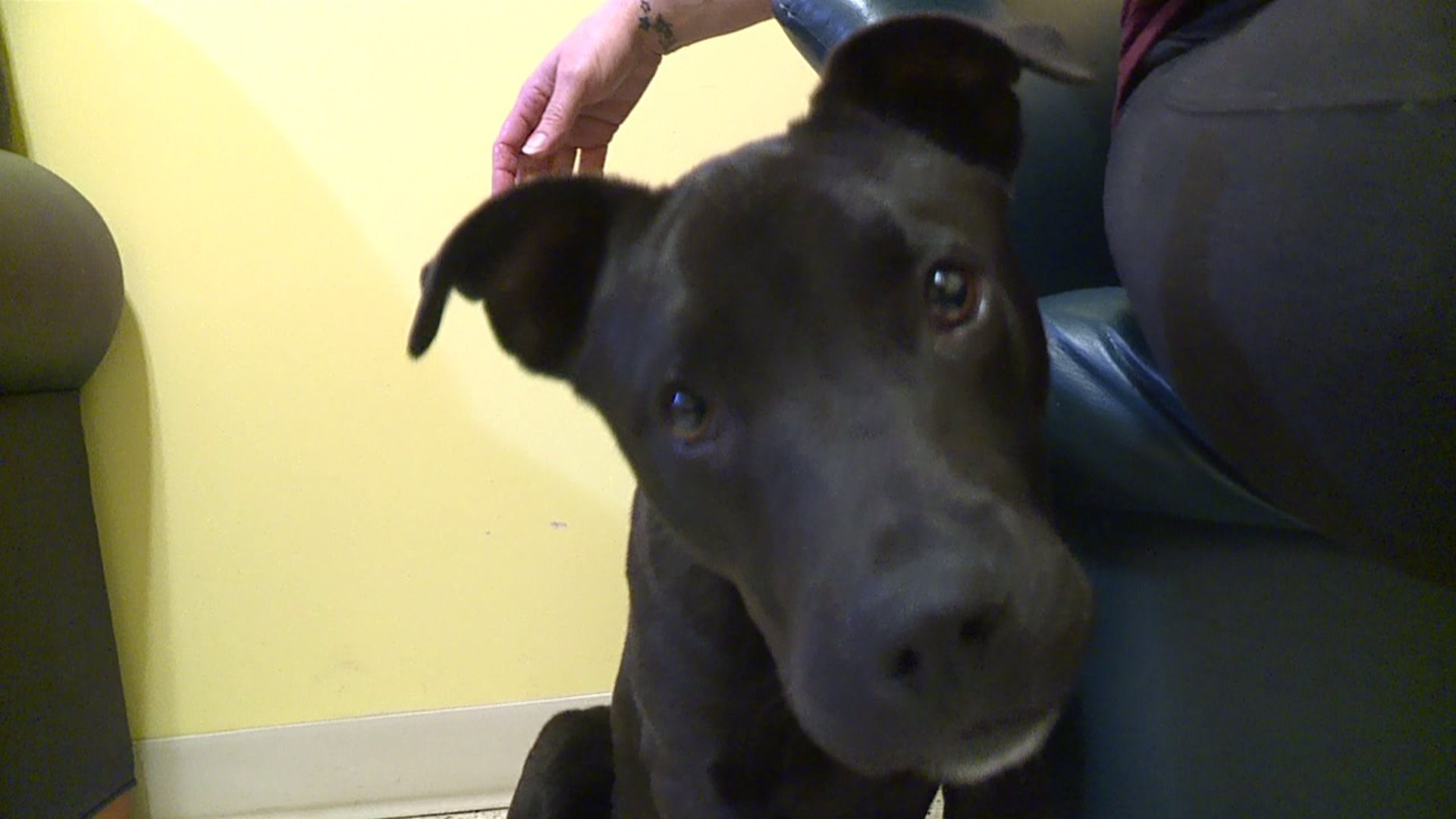 DAVENPORT, Iowa – An overcrowded Oklahoma shelter chose a puppy to be put down, but in a strange turn of events the medicine didn’t take.  When the veterinarians walked in the pup was still awake and the dog is getting a second chance to find a new home.

Now, the little pup is a wonder to all.

“He’s a miracle dog, absolutely,” says Kylie Jo Mitchell, a worker at Kings Harvest Pet Rescue No Kill Shelter.  “I’ve never heard of anything like this ever, this is a first.”

Rudolph is an 8-month old Lab American Pitbull mix whose paws shouldn’t even be on this earth today.

“He was euthanized and when they returned to that room they came back and Rudolph was alive,” Mitchell says.

Since then, Rudolph was brought to Kings Harvest where he has become an instant internet sensation.  When Jacob Hommer saw the photo he couldn’t resist.

“My family and I we have bred Siberian Huskies for combat veterans, Purple Heart recipients, combat wounded veterans,” Hommer says.

Hommer traveled two and a half hours from Des Moines this morning in hopes of giving Rudolph a home with a veteran in Colorado.

“I sent him the story on this dog,” explain Hommer. “I said, “check this dog out and the incredible story,” and he was so moved by it and emotional that he was like ‘I have to have this dog’.”

Hommer thinks that with the right training Rudolph could make the perfect partner.

“Having a dog, it’s something to wake up and fight for and especially a lot of these vets they are struggling to find a reason to get up in the day,” says Hommer.

“Everybody has been really interested in this boy,” Mitchell says.

And hopefully this little wonder of a dog finds the right home.

Rudolph has been adopted, but who adopted him is still unknown until Kings Harvest confirms everything with the future family.