Police in downtown Davenport had their hands full early Sunday morning while responding to a public fight and nearby fired shots. 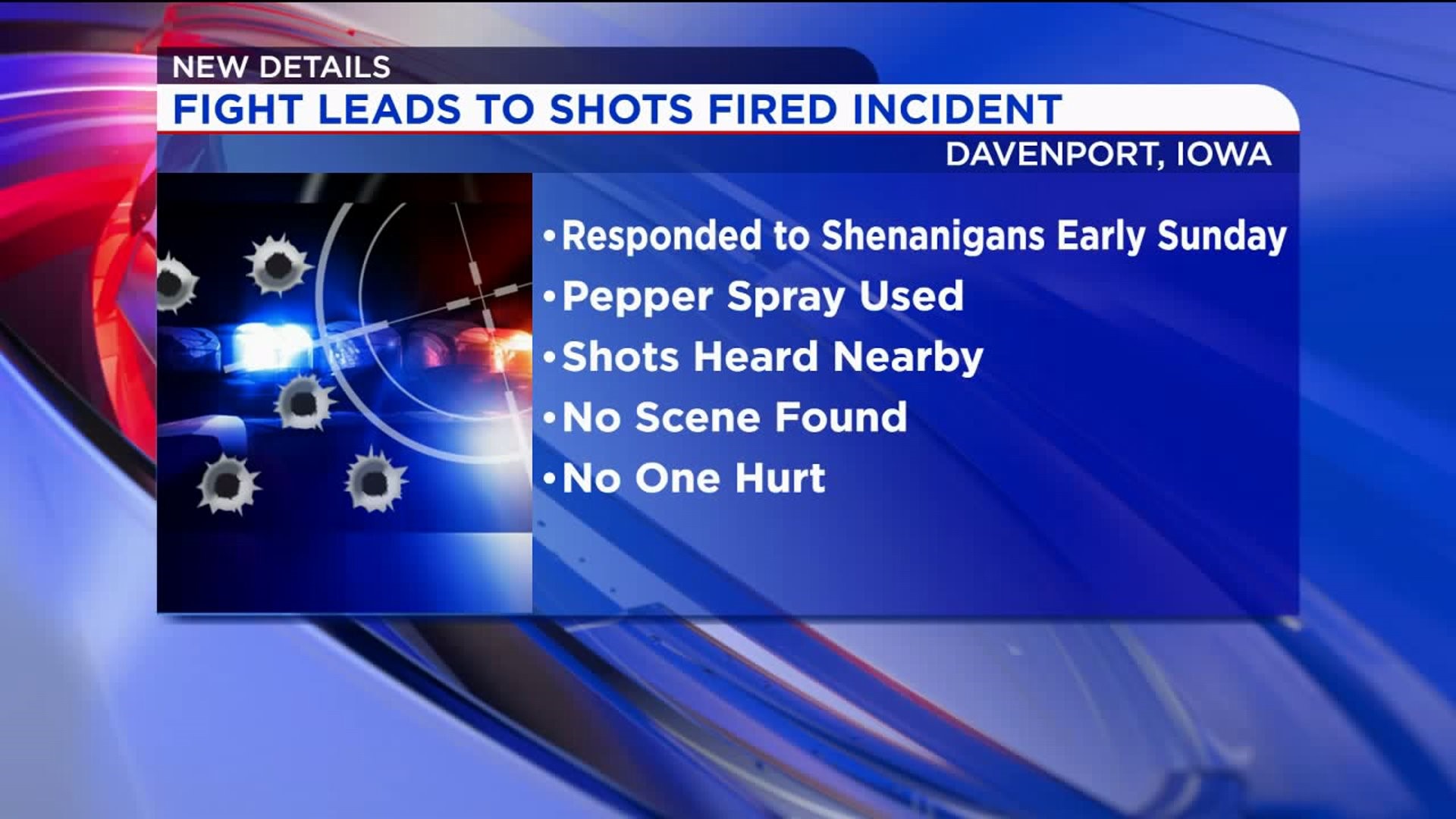 DAVENPORT, Iowa -- Police in downtown Davenport had their hands full early Sunday morning while responding to a public fight and nearby shots fired.

On Sunday, Dec. 1 at about 1:03 a.m., Davenport Police responded to Shenanigans on the 300 block of  3rd Street regarding a large disturbance. Officers arrived to find patrons dispersing from the business as a fight had broken out. Pepper spray was deployed by the police to scatter the crowd and stop the fight.

As police were deescalating the situation, gunshots were heard, coming from the area of 200 Ripley Street. Officers made their way to the area, but were unable to find the scene of the incident or a victim. Officers searched the area and discovered damage to the window of a nearby business as a result of the gunfire.

No injuries were reported. The incident is still under investigation. It is not yet clear if the two incidents are directly connected.

Anyone with information regarding this incident is encouraged to call the Davenport Police Department at 563 326-6125 or submit an anonymous tip via the mobile app entitled “CityConnect Davenport, IA” or “CrimeReports by Motorola”.