A wounded Davenport police officer has returned to work, but only on a restricted basis. 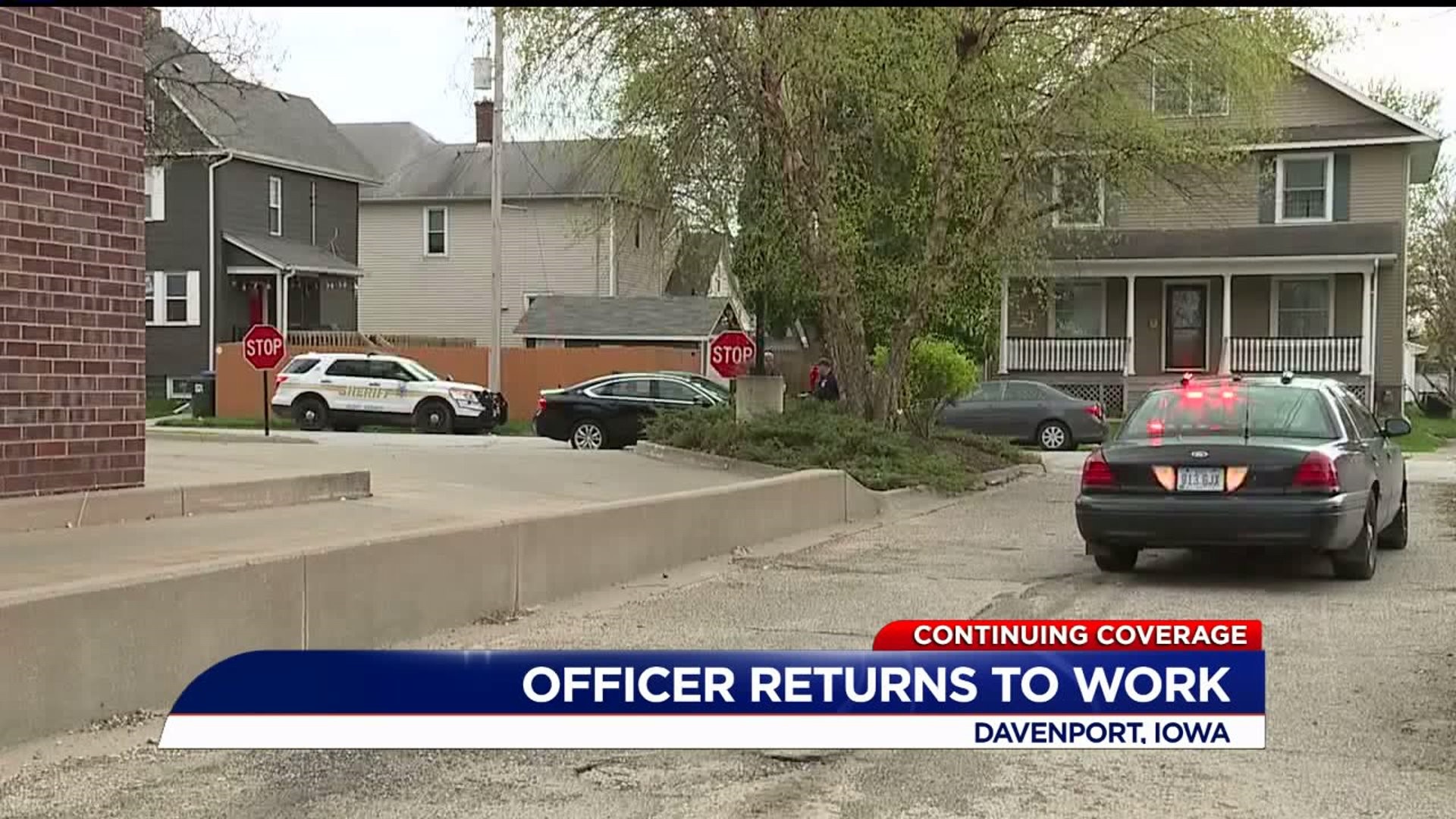 DAVENPORT, Iowa (AP) — A wounded Davenport police officer has returned to work, but only on a restricted basis.

Police Chief Paul Sikorski told the Quad-City Times on Wednesday that Officer Ryan Leabo will be doing administrative work at first. Sikorski said he doesn't have a timetable for when Leabo will return to his normal duties.

Prosecutors say Brett Dennis Sr. shot Leabo on April 25 after a foot chase and struggle. Dennis had run away when Leabo tried to talk to him and another man. They'd been seen rummaging through a car.

Prosecutors say one shot from Dennis hit Leabo in a leg and a second gunshot was stopped by Leabo's bulletproof vest. Prosecutors say Leabo then shot Dennis in a leg.

Dennis' trial on attempted murder and other charges is scheduled to begin July 8.